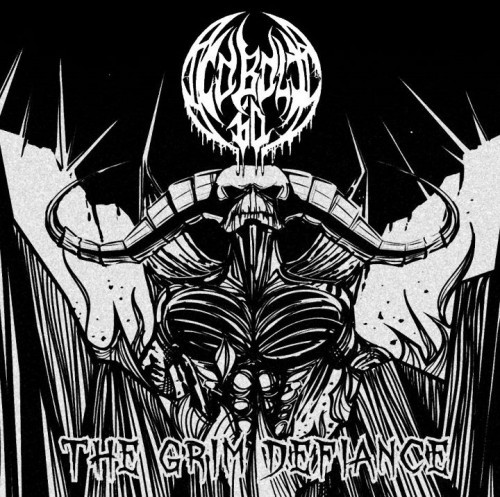 (Andy Synn reviews the new album about to arrive after a 10-year hiatus from Norway’s Cobolt 60, the two-headed beast that includes members/ex-members of Blood Red Throne and Satyricon.)

To paraphrase a well-known ape, “the only good thrash, is black-thrash!” And death-thrash. Look, the point I’m trying to make here is that over the years my love for the thrashiest of sub-genres has waned pretty dramatically, coinciding with a steady increase in my love for the more “extreme” sub-variants of this music we call metal.

For example, here’s a list of the “-thrash” bands I’m digging these days, all of which are more at home in the black and brutal camp than the high-tops and heshers one: Hellish Outcast, The Wretched End, Skeletonwitch, Vreid, Aura Noir, Ancient Ascendant, Goatwhore, The Crown, The Konsortium… it’s a big list.

Anyway, my point is that to really get my blood pumping these days an album has to offer more than just a thrashy sound and a pissed off vocalist. It’s got to have more grit, more heaviness. Just more. And The Grim Defiance is certainly more than just another blackened thrash album. 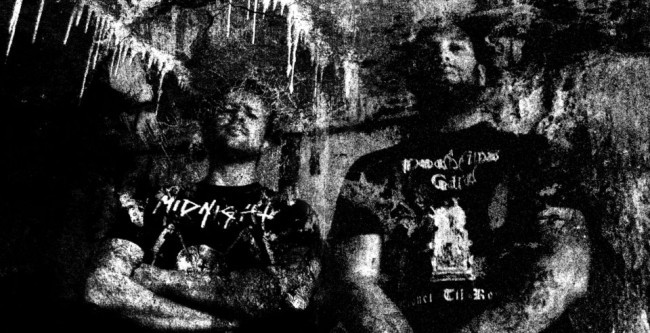 This record is just malicious throughout, with a creeping, serial-killer vibe and a take-no-prisoners attitude of (grim) defiance. Interestingly, it’s not quite as all-out chaotic as Cobolt 60’s first record, balancing its vicious flurries of blasting hate with a heavier helping of crushing, stomping groove. This balance is nothing entirely new, as it’s an extension of elements that were present on their debut, but it showcases the greater control and merciless, militaristic precision of the group’s songwriting this time around.

“The Grim Defiance” itself mixes bludgeoning groove with bone-shaking blast beats, its tempo ranging from a full-pelt charge to a scornful, strutting swagger. The vocals back up the sickening swing of the music with a filthy performance that sounds like someone choking on their own blood and bile, but still breathing, and still coming for you.

“Of Antipathy and Solitude” introduces itself with a maddening flurry of blast-beats and twisted tremolo guitars, playfully accented by arrogant trilling notes and whiplash drum fills. Dropping  in and out of a staggering, Entombed-like stomp, upon reaching the second half the track sinks into an abyss of pure black metal ugliness, as the cracked and tortured vocals hit the sweet spot with a perverse pleasure, over which the band unleash a bloody cascade of bleak, threatening riff-work.

Bursting with nasty, rusted hooks, “Hammer the Creationist” not only has an absolutely killer title but also a killer galloping central riff, mixed with some dizzying, dramatic note runs and some taut, choking tremolo work, its clear and precise production job belying the stripped-down brutality of the song’s construction.

The haunting, predatory vibe of “The Return of Theia” manifests itself in a series of mid-paced, stalking riffs, which slowly build up the sensation of menace before launching into a frenzy of pummelling drums and razor-toothed guitar work during its impressively catchy, blast-fuelled chorus

Short and nasty, “Sort” is a ripping black metal track that largely dispenses with the thrash influences in order to focus on face-melting blast beats and harsh, croaking vocals that positively drip with misanthropic lust. The pugnacious, grooving thrash riffs that do rear their ugly heads part-way through give the track a downbeat, gut-punching groove which provides stark contrast to the whipcrack tremolo guitars and furious, blasting drums that otherwise dominate. 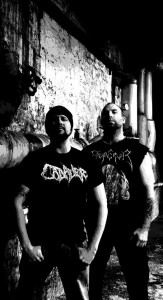 The chugging guitars and hanging, threatening harmonics that introduce “Radiant Animosity Towards The Flesh” soon give way to an aggressive, thrash-injected series of riffs whose warped dynamics and black-cloaked horror serve to define the distinctive sound of Cobolt 60’s demonic black thrash attack perfectly. The second half of the song descends into sickening, sludgy crawl over brooding clean vocals that appear as if out of nowhere, adding another layer of ominous horror to the track and showcasing a subtle touch of clever variety without overstaying their welcome.

“Beinkald” serves as the antidote to its predecessor’s more refined and moody take on the genre, revelling in explosions of howling blast-frenzy and wallowing in dirty, blood-soaked thrash grooves. Satisfyingly brutal, yet unapologetically twisted in structure and style, it writhes and wrenches itself between scorching black metal and bludgeoning thrash, both lethally focussed and terrifyingly unpredictable.

The album closes with the brilliantly titled, “You Are, Therefore You Die”, reverent chords and serpentine bass lines setting the stage for a stabbing, biting display of uncompromising aggression, shot-through with touches of devilish melody and virulent vocal misanthropy. Slithering blackened tremolo parts wrap themselves in a vice-like grip around the listener, only to uncoil into a series of punishing, venomous thrash riffs without warning. This is a perfect finale for the record, possessed of a terrible, godless fury, as well as a haunting, seductive undercurrent

If Meat Hook Ballet was the bruised-knuckles, kick-you-in-the-teeth album that signalled Cobolt 60’s entry into the black-thrash arena, The Grim Defiance is an unshakeable statement of intent, a declaration of defiance to spite the doubters and spit in the face of the opposition. Though it feels less wild and chaotic than their debut, this is a sign of maturity, not weakness, their second album delivering a more precise and calculated beating, picking its targets perfectly for maximum damage in contrast to the wild and frenzied nature of their initial assault.

EDITOR’S NOTE: The Grim Defiance is scheduled for release on September 14 by Demonhood Productions and it’s available for order at this location. Cobolt 60’s Facebook page is here. Two of the album’s songs are publicly streaming on Bandcamp, and here they are: