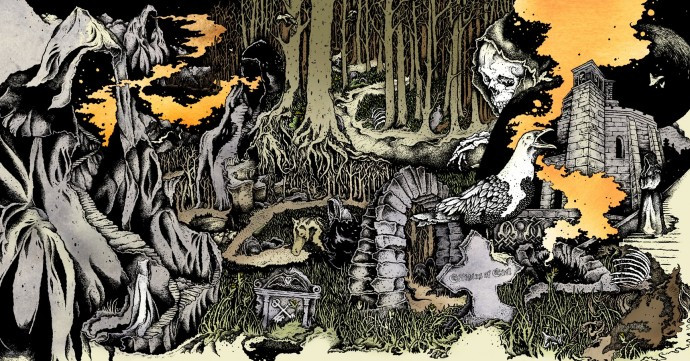 because the song is both horrifying and beautiful. Wait a minute, I said that already. So I’ll say this: it’s both soul-sucking and soulful. Also, devastating. And the Bell Witch album cover (by Bryan Proteau) is also cool. 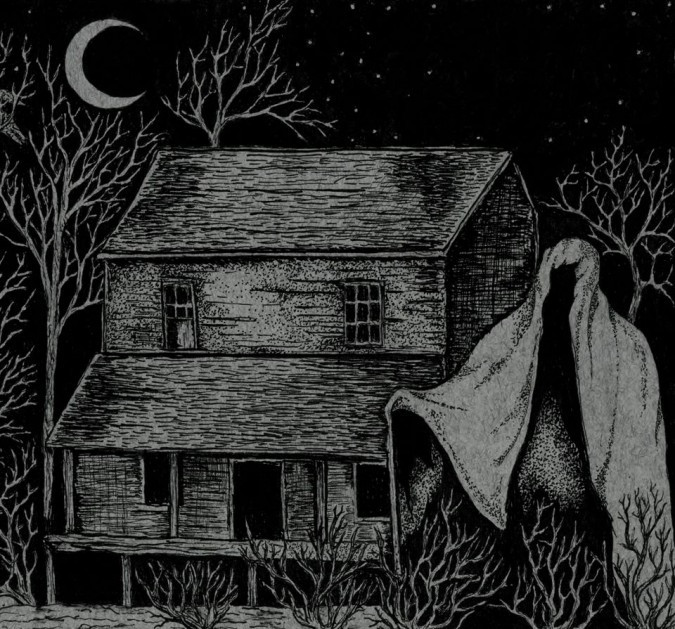 The Bell Witch 2011 demo can be streamed at the band’s Bandcamp page, and their Facebook page is here.

And by the way, Bell Witch will be embarking on a tour and will be joined on some of the dates by Profound Lore stable-mates Loss, Pallbearer, and Coffinworm. Bell Witch will also be playing at the Fall Into Darkness Festival in Portland along with other PL bands such as Subrosa, Worm Ouroboros, and — in their debut live performance — VHÖL (the super-group about whom we have written with tumescent enthusiasm). Here’s the tour schedule:

And now here are the lyric video from Hooded Menace and that Bell Witch song: