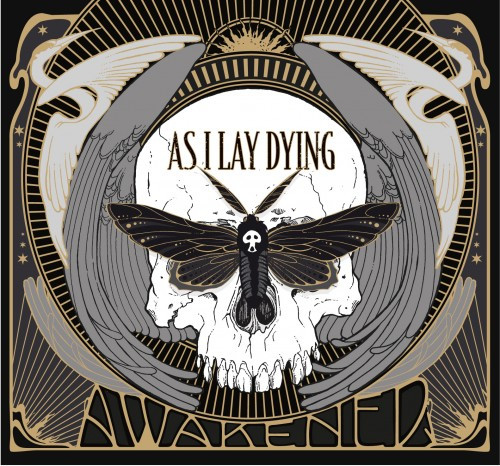 (DGR reviews the new album by As I Lay Dying.)

As I Lay Dying are one of the few metalcore bands who still have new releases to look forward to. While the first two releases from this group may have been somewhat mixed, the quality and sheer heaviness that the band aimed for on the following releases, An Ocean Between Us and The Powerless Rise, is almost undeniable.

They’re able to take some fairly standard metalcore writing and advance it by adding elements of thrash, death metal, and even moving into the realm of groove. Though they’ve never been the perfect song-writers, I have often believed that As I Lay Dying were one of the few bands who could work well within the boundaries of the metalcore realm, because they’ve mastered what they can do for it and clearly have an understanding of what elements of that genre are boring, and how to spice things up. Very few bands can do that, and it really does require a love and reverence of the material that you’re working on in order to pull it off.

Now we have Awakened, a new As I Lay Dying disc with album art that veers dangerously close to Paradise Lost’s Tragic Idol in its color scheme, and that has seemingly sneaked up on us since, holy crap, this thing is out in a few days. Even though I really hadn’t heard anything from As I Lay Dying’s latest release prior to this review outside of the song “Cauterize” once or twice (and I have gained somewhat of a reputation for rarely liking the lead-off from any new disc because CHANGE IS BAD, GRAH!, though “Cauterize” is pretty alright), there was still reason to be excited. 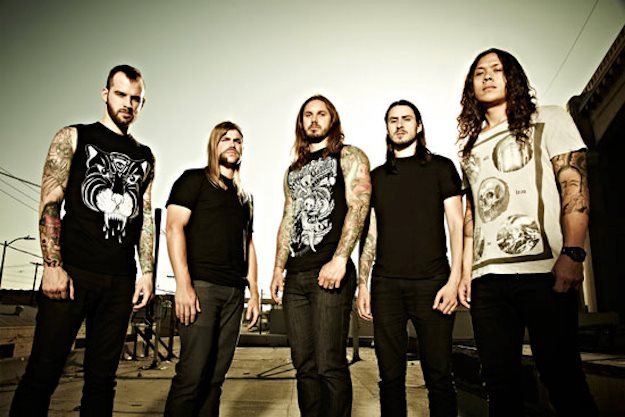 The Powerless Rise was great, and the disc before it is what really solidified me as a fan of what this band does. That’s why it’s difficult to reconcile with an album like Awakened, a disc that feels more like the band decided to go back to the first two albums and pick from their less original material and then rewrite it with the lessons learned on their latter works

“Cauterize” is one of the stronger songs on Awakened; it is one heck of an opener. However, it’s probably in the mid- to high-tier amongst the mass of As I Lay Dying work, which doesn’t bode fantastically. One of my main issues with Awakened, and probably my biggest one, is that the music is written competently as can be, but it just feels a bit too comfortable, a bit like they are spinning their wheels.

The guys can kick out some As I Lay Dying as hell sounding As I Lay Dying songs, believe me. Their style of percussive breakdown is immediately recognizable amidst the swath of music out there. Quite a few of the songs on this disc play with the good cop/bad cop vocal dynamic, with the lead singer screaming and the bassist doing the singing. While this has been integral to the As I Lay Dying sound, too often the material on Awakened begins to blur from one song into one another.

The vocal lines and melodies feel too similar and the rhythms behind them feel like they could be interchanged with one another, and no one would be the wiser. Not to be too disparaging about it, because the songs have strong hooks and guitar leads, but that sense of familiarity is like a poison as it creeps through your veins listening to this album.

They do try to extend their boundaries somewhat by writing some simpler songs that could be passable for radio play. They rely more on clean vocals throughout the whole thing, which I admit is new to the As I Lay Dying formula. Whole chunks of the song “Defender”, for instance, could be blasted on your local station. That’s a pretty good song in its own right, though I find it somewhat ironic when your chorus has you singing about ‘words that all sound the same’ and talking about change’ — right before you drop into the fourth or fifth drum-roll-to-breakdown combo on the disc. 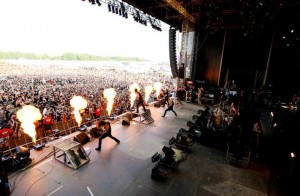 Phil Sgrosso and Nick Hipa remain some of the strongest weapons that As I Lay Dying wield. The twin attack of these guitarists still delivers some impressive leads and solos, even in some of the less inspired moments of Awakened, such as the cheese-tastic as hell 80’s metal solo that breaks out during “No Lungs To Breathe”, so more power to whoever came up with that beauty. There’s enough flair in their playing to keep a listener interested, as there is almost guaranteed to be someone getting a heck of a finger-workout over something as simplistic as a breakdown.

Things are more groove-oriented on Awakened, so the band get to flex the melody muscles quite a bit, but they also feel just fine in providing some standard chugging while the vocals do most of the work. At times the guitar-playing sounds a bit more percussive than usual, which is more reflective of their earlier music.

I’ve always enjoyed Jordan Mancino behind the kit, but he doesn’t stick out as hard as he did previously. He’s a monster of a drummer, but I didn’t quite notice much of what he was doing this time. He forms a pretty solid backbone, but I really wished for the kind of “Holy shit” moments he has provided before.

Tim Lambesis still sounds like Tim Lambesis, which between Austrian Death Machine, As I Lay Dying, and his appearances on other groups’ material (such as Impending Doom’s There Will Be Violence) means I have heard a TON of Tim Lambesis. Guy has some really good range and his high shrieks are excellent. The only issue is that on Awakened he doesn’t stretch much further than his mid-range bark and some good lows. Either way, it’s nothing you haven’t heard before, since it is Tim putting in work and laying down a solid set of vocals.

The one who really gets a ton of vocal work is bassist Josh Gilbert, who has been doing clean vocals for the band for a long time now. He carries quite a few of the songs this time and he sounds good. He’s probably split 40/60 with Tim in terms of vocal dynamics on this disc, which explains my earlier bitching about good cop/bad cop song-writing. They also gave him a bass lead on one song, so you can tell that he’s present.

As such, the music on Awakened isn’t what I come to As I Lay Dying for. It’s certainly enjoyable in its own right, but I think the band hit some really high marks with albums like An Ocean Between Us and The Powerless Rise, and Awakened sounds like a retreat to an earlier sound, the missing link between Shadows Are Security and Ocean, and it’s a little bit disappointing. They can certainly handle metalcore like nobody’s business, and the stuff here is still of a higher quality than most. The music that leans toward the familiar, heavier side of As I Lay Dying is pleasant, but it feels more like a quick shot to the system than something that will stick around for a while. 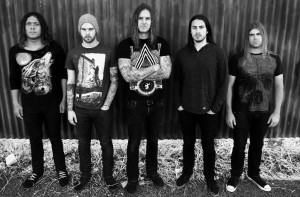 It doesn’t gel as well as I would’ve liked, especially because a few of the songs feel so formulaic. The newer stuff they try whiffs on occasion, though it certainly isn’t offensive at all. As I Lay Dying are a talented group of songwriters, so their shot at a more simplistic, radio-friendly metal song actually works better than expected. The only issue is that those songs rely on what we’ve been hearing for a long time. so the first pass through finds a catchy track, but a few more passes through and the experience feels shallow.

Awakened will satisfy hardcore fans of the band for sure, and although I may be a bit dramatic in my reconciliation with this disc, the songs certainly aren’t bad. Heck, the songs are great when they pop up on random shuffle and are in and out before you know it. The issue is that Awakened doesn’t feel as strong or as punchy as what the band have put out before. It’s clearly something that is in their comfort zone, so it feels a bit like a junk-food album. You can scarf it down and enjoy it for a quick hit, but it isn’t quite the crusher that As I Lay Dying have been known for.

EDITOR’S NOTE: This album will be released on September 25. Pre-orders re being accepted here or here. The following player includes samples from all of the album’s tracks, and below that are the official music videos for “A Greater Foundation” and “Cauterize”.