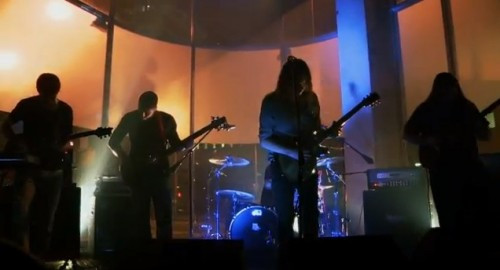 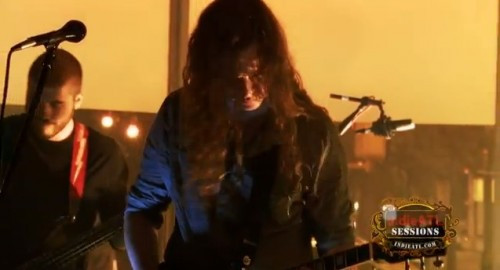 From Exile are an Atlanta progressive metal band we’ve written about frequently at NCS. You can see a collection of all our previous features via this link. The last time we checked in with them, they had released a new, freely downloadable song called “A Desperate and Willing Enslavement” and a music video to go along with it. The video was a live performance of the band filmed at the studios of Digital Arts Entertainment Lab on the Georgia State University campus in downtown Atlanta. It was filmed as part of a video series focusing largely on Atlanta-based bands called indieATL (check out their web site here).

At the time of that last post, From Exile had disclosed that they recorded a second song as part of the indieATL session and planned to release it (along with a video of the performance) at some future date — and last night they did that. The new track is called “Martyr’s Gambit”, and man, is it cool.

As in the case of “A Desperate and Willing Enslavement”, it’s not as extreme as most of the music we cover at NCS, and all the singing is clean. But the song is heavy, intricate, and superbly rendered, and it features a powerful, oh-so-memorable chorus. The dual vocal harmonies are beautiful, as is the interplay between the triad of guitarists, the nimble bass player, and the hard-hitting drummer. And as the icing on the cake, the instrumental jam in the song’s back half is a galvanizing flow of compulsive energy.

The new song is planned for inclusion on From Exile’s next release, which is expected in the spring of 2013. In an update on the band’s web site, Guitarist Eric Guenther had this to say about the new music:

“The new record is by far our most focused and ‘true-to-character’ work in that we have drawn so much from our 90s influences. Recording Monolith [the band’s 2010 debut, reviewed here] was particularly cathartic in that we ‘went there’. I had something to prove; something left over from my younger years listening to progressive orchestrations like on a Dream Theater record… Our new material, however, is much more honest to our vision. We have honed further into our character as a band and been able to take the thickly melodic orchestration style of Monolith and turn it into something even bigger and more grandiose…

“Progressive metal or rock sometimes has a sad way of feeling like an elite clique of ‘by the fans for the fans’ music. I wanted to avoid the ‘pissing contest’ that we see with metal records these days; the kind of ‘who can out meshuggah meshuggah’ arms race… Something bigger than the shredding but still equally complex and intricate of an arrangement on every level of the experience; from a birds eye album view downward to the smallest detail.”

Below is the music video for “Martyr’s Gambit”, and if you dig the song as much as I do, you can get a free download of it in exchange for your e-mail address at this location.

You can find the band’s previous releases on Bandcamp (here) and on the From Exile web site via this link. To learn more about these talented dudes, check ‘em out on Facebook here.

2 Responses to “FROM EXILE: “MARTYR’S GAMBIT””