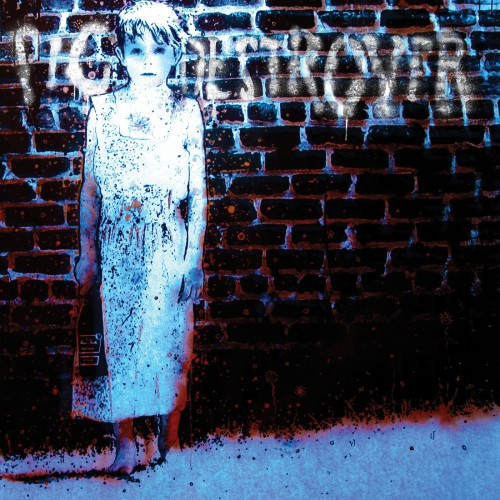 (In this post, BadWolf reviews the new album by Pig Destroyer.)

Pig Destroyer showed me that grindcore could be good music in 2008, at the lowest point in my personal life. In that time of need, my palate for metal expanded in manifold ways. That was the time I got into Black Metal, Death Metal, and metallic hardcore. Suddenly the idea of NO CLEAN SINGING clicked with me.

And Pig Destroyer (along with early Napalm Death) opened the Grind gateway for me. The album, Phantom Limb, was relatively new then. And up until now it has remained Pig Destroyer’s most current work. Best album or not (probably not), Phantom Limb is my permanent personal Deathgrind yardstick.

So, Book Burner is my first ‘new’ Pig Destroyer album. Until I heard it, the band was synonymous with the Phantom Limb sound. I knew there had been lineup changes—Adam Jarvis now drums in the group—but they didn’t matter until now. Now they do, because Book Burner, while still a great album, is a step away from Phantom Limb. Its predecessor felt Lovecraftian in its looming malevolence. Book Burner, by contrast, is as human as Pig Destroyer have ever been.

The sound has been taken out to dry, especially in Jarvis’s drums—the snare pops like Chinese firecrackers here. Jarvis also rolls with a little more slop than his predecessors, which probably works to his advantage—grind albums all flow together anyway, and at least this one doesn’t have any jarring breaks. Scott Hull’s guitar has dropped some heft in exchange for clarity. The spaces between his notes are audible. You can imagine his fat monkey fist sliding up and down the neck of his guitar. 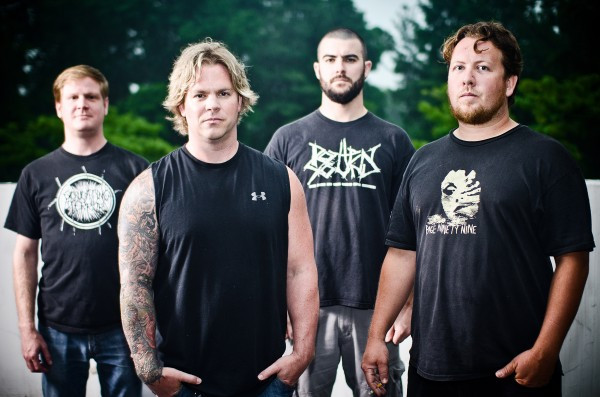 Book Burner is all fastballs, straight down the middle. The longest ‘long’ song is ‘Permanent Funeral,’ which lasts a lean four minutes. Compare that to Phantom Limb‘s 7+ minute finale, or the 40-minute noise jam that was their one-off Natasha experiment. Hull and company have stripped themselves down. Among the discarded clothes: the brief snatches of melody and interesting guitar trills that peppered Phantom Limb. Book Burner simply rampages for a half hour, then ends, the picture of minimalism. In that time span it might have the most mosh parts per capita of any PxDx album up to this point—more salt in the wound for kids on the street who might think of Job For a Cowboy as grindcore (these people exist, I have met them).

It is a monster with a face you can recognize: JR Hayes. He bellows now mostly in the midrange—it’s probably the only range he can hit anymore. To even the sound out, Pig Destroyer load the record with guest vocal spots from a who’s who of great underground metal. Of special note, Kat Katz, formerly of Salome and Hull’s Agoraphobic Nosebleed bandmate, gets lead vocals on two songs all to herself. Those highlights aside, it’s JR being throaty. He plays straight-man well: the middle of his voice is where his lyrics are most recognizable, and where he enunciates best.

It’s too bad, then, that Book Burner has Pig Destroyer’s worst lyrics. Make no mistake, even bad Pig Destroyer lyrics are head and shoulders above those of most metal bands. But this is JR Hayes—he was a poet. The man wrote “Girl in the Slayer Jacket.” To date he’s the only lyricist I can think of who elevated the brutal misogyny of death metal into ltierary character study. He does not write misogynist songs—he writes songs about misogyny, and that made all the difference. In short, he should be able to do better than shitty political commentary such as “The American’s Head,” and “Book Burner.” 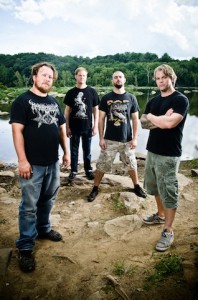 He does deliver sometimes. “Valley of the Geysers” and “Sis” both stand out as spectacular. And “Iron Drunk,” my favorite track, ends with the best couplet on the album.

Book Burner is more than my first new PxDx album. It carries a sense of austerity. Of middle age. Pig Destroyer no longer tour for the most part, and since Phantom Limb they have acquired so many retrospective accolades that you might imagine Hayes has a fireplace mantle full of awards (if magazines and blogs actually gave out such things). What does a prize fighter look like at this point in his career? Book Burner has some gray hairs, but still has cut abs and mean biceps under a gnarly smile. It can still take you out in three rounds or less.

EDITOR’S NOTE: Book Burner will be released by Relapse Records on October 22, and the album is available for pre-order here. Limited edition CDs and LPs come with an illustrated dystopian short story written by JR Hayes entitled “The Atheist” that’s quite cool.

For more info about the album and the band, visit Pig Destroyer on Facebook.

Two songs from the album have premiered to date — a lyric video for “Burning Palm” and “The Diplomat”, which features guest vocals by Jason Netherton (Adam Jarvis’ Misery Index bandmate). Here’s “Burning Palm”, and you can catch “The Diplomat” as it streams on Pitchfork.