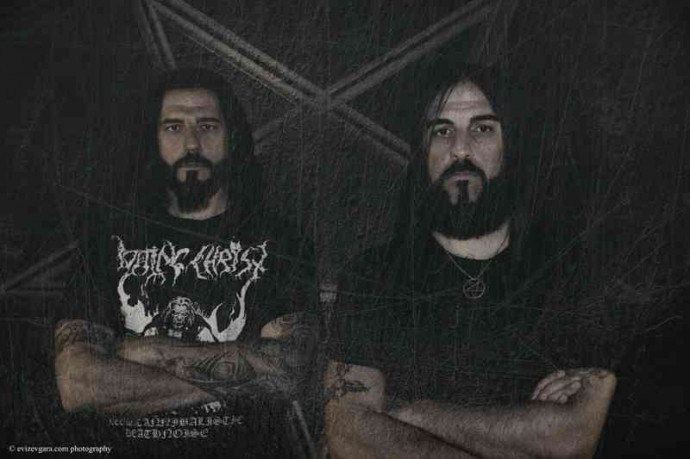 You know how when you get really excited about something you just want to tell everyone you know immediately? I mean, other then when you get excited because you realize no one got your license plate after that hit-and-run accident, the one where the little girl is going to talk funny and have a really bad limp for the rest of her life but will damned sure start looking both ways before she enters a school cross walk again, at least as soon as she gets out of intensive care and physical therapy? I hope her parents have major medical coverage, ’cause they’re gonna fuckin’ need it.

Where was I? Oh yeah, being really excited and wanting to share. That’s how I feel about these two news items.

Today I saw this on the Facebook page of these stupendous Greeks:

“We proudly announce that the recording session for our new album is close to the end. A hard but majestic simoultaneously trip for more than 4 months in Deva Soundz studios-Athens have found the band creating maybe its Darkest and more Mystical and Occult outcome ever. Stay tuned for samples and updates.”

Yes, I believe I will stay tuned. Also, Rotting Christ have a revamped official web site that includes 11 songs for free download HERE.  Also, Sakis has a beard now (thanks for the photo link, Utmu)!  Also . . .

. . . while we’re on the subject of Rotting Christ, how about a few tunes? 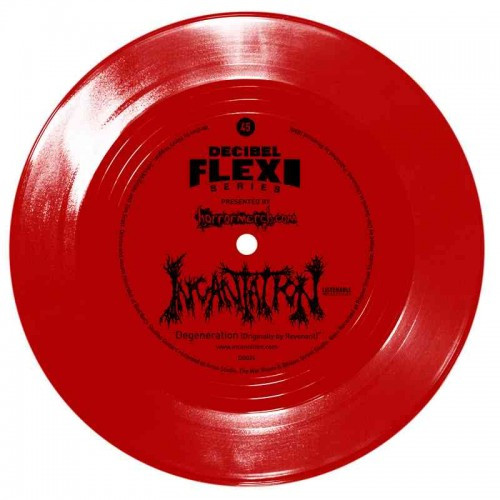 Well, well, guess who’s next up in the DECIBEL magazine Flexi-Disc series? I’m really jumping the gun here, because normally I’d wait to report something like this until I had the music to stream for you, but I’m pretty goddamned engorged over the prospect of new Incantation.

Yes, there is indeed a new Incantation track, which I assume DECIBEL will start streaming this week, and the band report also that they are shooting a video for a new track, too, though it may not be the same one. The song recorded exclusively for the Flexi-Disc series is “Degeneration,” which originally appeared on the self-titled 1989 demo of John McEntee’s pre-Incantation band, Revenant.

And don’t forget that the band’s next album, Vanquish In Vengeance, is projected for release in November on Listenable Records.

And should you be curious what “Degeneration” sounds like, well I can help you out, though I bet Incantation has worked some death metal magic on this baby:

One Response to “DARK CLOUDS ON THE HORIZON: ROTTING CHRIST AND INCANTATION”