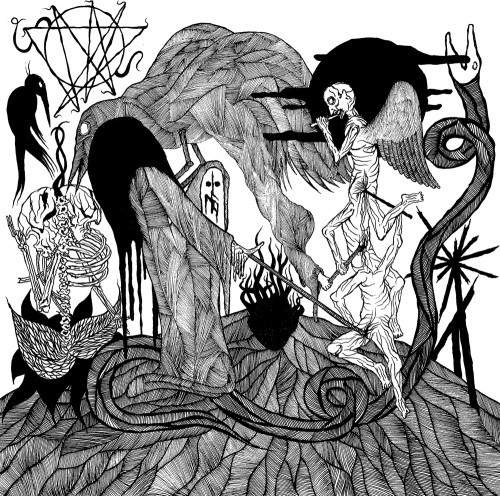 Even after my first listen to Widowmaker all the way through — and it must be heard in that way — I began giving it my own subtitle: “The Descent of Man”. Charles Darwin may have claimed the title as his own 131 years ago, but the new concept album by Dragged Into Sunlight isn’t about the evolution of human mental faculties to a higher state. It’s more the reverse — an inexorable degradation into misery, and ultimately savagery.

For those of you who are familiar with the band’s debut album Hatred for Mankind (reviewed here), listening to Widowmaker is in most ways a very different experience. Though its release follows Hatred, it was recorded in three separate sessions between 2010 and 2012, with the band consciously creating a different kind of soundscape than the cataclysmic, corrosive, chaotic cacophony that suffused the debut release.

Though there are three long tracks on Widowmaker, they are numbered and nameless. Think of them as three sections of a single song, or perhaps as three movements in a symphony of doom. No one will jail you for listening to these tracks separately, but it’s clear that this gradual descent into the abyss was meant to be experienced as a unified whole, lasting more than 40 minutes. 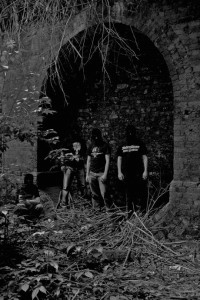 Part I will come as the biggest shock to listeners familiar with Hatred  for Mankind. It’s a slow, atmospheric piece. Minimalist, eerie, and foreboding, it has a wintry quality, conveying sensations of sadness mixed with resignation. Or at least, that’s how I felt it; essentially wordless save for sparse sampled vocals, it may affect different listeners in different ways.

The second time I heard the track, I was on a ferry boat crossing Puget Sound in a cold gray mist, with both the water and sky bleached of color and the forests that were receding behind the boat softened to dark, indistinct masses. By chance, the visuals suited the music.

Isolated reverberating chords, separated by seconds of silence, eventually resolve into a slow, repeating guitar melody. In the song’s latter half, the rich, mournful music of a violin joins in. The song eventually builds in volume and intensity, only to fall away again at the end, covered by a shroud of ambient noises and sampled vocals.

The song acts almost as a ghostly and unsettling prelude to the descent that lies ahead . . . which begins in earnest with Part II.

Widowmaker’s second part starts crushing without delay. Heavy, distorted, grinding guitar chords and a massive low end pound away as harrowing shrieks pierce the gloom. The music transitions to a lumbering, lurching stomp, with rising melodic chords giving a slight lift to the sounds of a monolithic pile-driver pulverizing concrete.

For most of its length, Part II is a sludgy, groaning, dense mass of hammering noise and inhuman shrieks and roars. But for roughly the last three minutes, the music begins to roll in a repeating instrumental jam that triggers a powerful headbang reflex. Giant hammering riffs, rambunctious drumming, and a squalling guitar lead carry the song until it collapses in a storm of feedback. 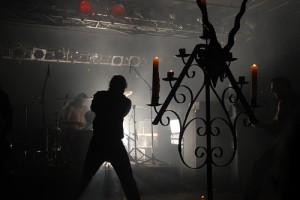 But the high energy of Part II’s finish is dampened immediately by the down-tempo start of Part III. Glacially slow, massively fuzzed-out, and atmospherically catastrophic, it’s a really heavy dose of gut-rumbling sludge/doom. Eventually, the song devolves into nothing but huge distorted bass chords falling like bombs, with a weird warbling electronic noise in the background.

The pace picks up somewhat about 5 1/2 minutes in, and then everything falls away except for ghostly electronic noises and a slow, multi-layered guitar arpeggio playing a dismal melody. When that interlude has run its course, those huge, pounding riffs and bone-breaking drum progressions reappear, only to be replaced by a rapid, rhythmic drum beat and isolated, doomy guitar chords.

The heavy riffs begin attacking again as the drums continue their frenetic pace. The intensity builds, and the music rumbles and rolls like an onrushing avalanche, with banshees shrieking alongside the moving wall of jagged granite.

The atmosphere of the music could be supernatural, or it could simply be the horror of a perfectly human mind coming unhinged. Either way, it’s the sound of decimation, a tearing of flesh so complete that all that’s left by the end are pieces to be carried away in the jaws of rodents.

Widowmaker is not wholly devoid of the death metal and black metal elements that went into the malignant stew of Hatred For Mankind, but the elements of sludge and doom are more pronounced, as the band pays stylistic homage to acts such as Eyehategod, Neurosis, and even Floor. Especially in Part I, it’s more melodic than anything on the debut album, and it’s less rampantly chaotic, yet at other times it’s also heavier and even more pulverizing. 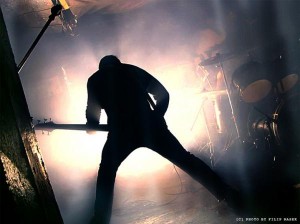 Despite its length, it’s also an album that drew me back to listen, from start to finish, again and again, so powerful are its accomplishments and so magnetic its attraction. Widowmaker proves, as if more proof were needed, that Dragged Into Sunlight are a band to watch closely. There’s no good way to guess where they’ll go next after this album, but I’m sure they haven’t finished plumbing the depths of despair and destruction.

Widowmaker is scheduled for release on November 6 in North America, November 5 in the UK, and November 9 in Germany. It’s available in various formats and editions through Prosthetic Records, with pre-orders available here. The eye-catching cover art was rendered by Norwegian artist Sindre Foss Skancke.

The following preview clip will give you a taste of what’s on Widowmaker; most of this comes from Part III.

3 Responses to “DRAGGED INTO SUNLIGHT: “WIDOWMAKER””