(Tyler Lowery has taken maximum advantage of our open invitation for guest posts. This is his latest, and more lie ahead.)

We as a society have become obsessed with the concept of order. Speaking solely for Americans here, we have countless laws for some of the dumbest things imaginable. We have applications on our phones to tell us when to eat and sleep, and how many calories we’ve burned in the interim. We sort our lives into tidy boxes, always pushing to label and categorize what we like and dislike. It was only a matter of time before this obsession seeped its way into our interest in music as well.

First it started with dividing music into genres. At first they were usually loosely defined and were really a catch-all net that was akin to sorting colors from whites in the wash. Then slowly we began splitting our genres into neater categories, taking common techniques and delivery styles and grouping them into arching subgenres.

Then the net became a cupboard drawer. There was a place for big forks, salad forks, meat forks, serving forks, you get the picture. But even still, there seemed to be a need for continual sub-classification, making the pigeon holes smaller and smaller. Now we are stuck with subgenres and offshoots that sometimes only include one or two bands in each. 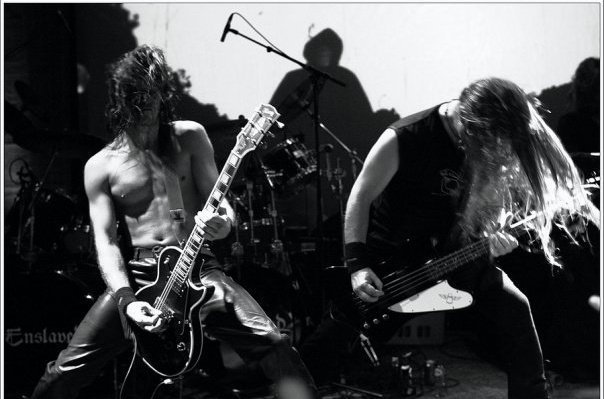 While the genre system itself has gotten way out of hand, with its technical ambient jazzcores and neo-progressive black sludges, the level of sincerity and serious aggression included in conversations about whether the new Enslaved can still be called black metal or progressive metal or none of the above has gone to ridiculous extremes. It is nearly impossible to find a video on Youtube without seeing comments loaded with bickering or all out verbal warfare about what tiny, indescribable sub-genre the song is representing. As opposed to critiquing (or hell, even enjoying) the music being played, the audience is too busy spitting vulgarities at one another to even pay attention to the quality (or lack thereof) in the music.

In addition to the insane amounts of butt hurt being passed around over the genre game, bands are getting crucified left and right by “die hard fans” for any attempt at progression or experimentation. The signs are burnt into our retinas by now: “They suck since they went mainstream.”  “Remember when these guys were brootal?” “No clean singing or GTFO!” The sheer lack of imagination in these insults only scratches the surface of the stupid. Now, some critiques are necessary, but the majority seem to be based on some false pretense about what the listener thinks the band should be playing. If a diehards are presented with a progressive release from their favorite band, they toss it under the bus in a flash fire of stubborn ideals. “Go brootal or go home”.

While it is easy to blame the piss and shit playground that is the internet for these transgressions, it’s just as easily our own faults. We listen to albums based on our experience with previously released material or their similarity to other music we enjoy, so it is only natural that there is some baggage left behind.

It’s a complex task to listen to a band’s music without trying to compare apples to apples with their previous outings. While we are listening, we reference the sounds previously heard. If we loved the last album, odds are we are going to be looking for a similar experience with any new music. If a band decides to take a different approach from their previous work, it can be unsettling. However, that doesn’t justify mindless bashing because the vocalist decided to interject emotional cleans into a song that genuinely requires such a touch.

In our current consumer society, we live under the assumption that everything must be hand-tailored to suit our own specifications. Damn any ideas of creativity or growth, we want our McMetal intense with extra large side of “brootal”. What’s often forgotten is that we are participating in a community of art. Therefore, the appearance and presentation of the art is dictated by the artist, not the audience. Given the powers of the internet, we have been given the ability to bitch and moan about how it should have been, but in reality, that is it. This ability has seemed to corrupt our willingness to listen to music in the interest of the music itself.

Instead, we listen to music as a police force, creating public service announcements when a band steps over the invisible lines of a genre that’s been so over-defined it’s lost its own meaning. It has become a sad fact that many of us base our musical interests on a label rather than the music itself. How many people bashed the latest Opeth album because there was little to no metal in it all? It was a fine progressive rock album, but because Akerfeldt decided not to scream, the name Opeth was drug behind the proverbial wagon of many an extreme metal fan. If you’re not into a genre, that’s cool, but don’t assume that the music is horrible just because you don’t agree with its direction.

Our lives have become dog-eared by tags of interest, disgust, and judgment. We fight on a battlefield daily about what we deem is right and wrong. That’s what we do. In our quest for the all-important American dream (at least those of us living in the U.S.), how are we to know it if we can’t label it, right? We take ourselves way too seriously at times, and that is one of our worst qualities. There needs to be a time when we can just sit back, listen to some tunes, and not have to worry if this is post-dubcore or technical surfer pop. Who knows, maybe if we loosen our grip on the reins for a moment we might find ourselves drifting toward something amazing.

39 Responses to “GENRE POLICING: A PSA”