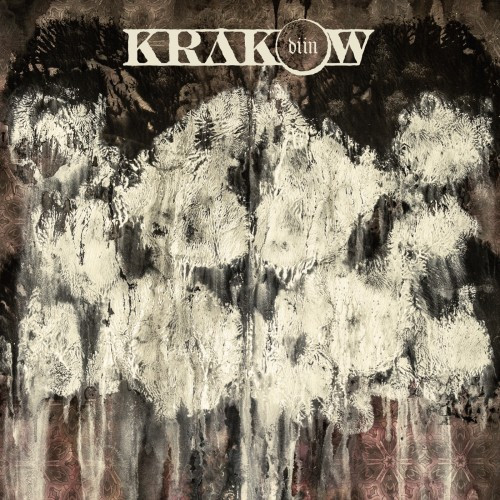 (In this post, NCS writer Andy Synn reviews the sophomore album by Norway’s Krakow, which was released in September.)

Hands up: Who remembers the last time this band were featured (albeit briefly) on this site…?

Ok, so I’m going to guess that very few hands were raised. Partly because none of you remember the band, and partly because raising your hand over the internet would be pretty stupid.

Back when I had my little Black Metal Weekender™ there was a killer little show featuring Kampfar, Vreid, and Secrets of the Moon. And opening that show (and indeed, sticking out like the proverbial sore thumb) were the as-then-unknown-to-me band Krakow, playing a form of dragging, weighty stoner-metal, shot through with some distinctly Scandinavian influences. It was certainly an interesting sound, and their performance prompted me to keep an eye on the band.

Which brings us to Diin, their recently released second album. To describe it succinctly, I’d say imagine Enslaved with a more depressive, less bombastic vibe, channelling the spirit of latter-day Isis. Add a splash of Mastodonian psychedelia to that, stir, and serve over ice. 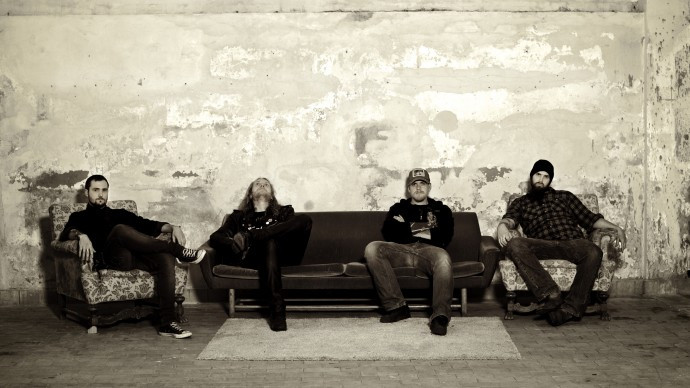 That being said, Diin is certainly a more meditative record than you might expect – full of weighty grooves and jarring chords, but with a heavy focus on atmosphere and introversion. The songs, such as wandering opener ‘Hymn to the Winds’, maintain an almost stream-of-consciousness approach that fits their progressive inclinations and demands a heavy dose of concentration and some serious investment from the listener. Their growth, their evolution, seems incremental at first, but builds over time into a vast and irresistible force.

There’s definitely a hazy Beatles influence to ‘Future Past’, a song which slowly builds up layers of doomy ambience and restrained power, while the drawn-out and proggy ‘Termination of Origin’ summons up a viscous, Neurosis-esque gloom to match its vicious, wounded vocals.

The more fiery and intense moments of the album bring to mind the much-mourned ghost of Burst, songs such as the impressive ‘Mound’ and ‘Mark of Cain’ matching their hanging, Neurosis-style gloom with a tormented vocal performance and a clanging, clattering interplay of fuzzed-out guitars and pin-point accurate drumming detonations. The former has a beguiling intro of whispering keys and massive, elephantine chords (with a wicked, understated bass-line), whose slow-burn dynamic finally detonates 9 minutes in with a scorching series of harsh, strained screams and an unexpected interweaving of cool melody. The latter is a simpler number, carrying over strains of the former’s ethereal melody, but with a more direct approach to its light-and-shade composition. Isis-style keyboards drift languidly atop the song’s grumbling, distorted basslines and ringing, overdriven guitars. 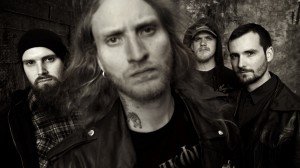 ‘Into The Distant Sky’ is one of the album’s heavier pieces, unleashing a marching rhythm of glacial chords and ground-shaking low-end, topped off with some ravenous vocals, that just grinds and groans its way towards its shuddering conclusion. This is followed by the neurotic punk spasm of ‘Possessed”, whose battering snare beats only ease up for the song’s eerily hypnotic chorus and noisy, psychedelic mid-section.

By way of contrast, ‘Omen’ revels in long sections of shaded atmospherics, a cool and icy minimalism of gloomy valleys nestled between peaks of sudden and unexpected ire and angst. An early solo, full of twists and turns and stretched-out melody notes, is one such  peak, as are the unpredictable explosions of virulent aggression that punctuate the track’s depressive ambience.

As a finale, ‘Sense of Space’ works perfectly, managing to sum up the record so far, while also crafting its own distinctive character. Its nourishing tendencies and narcotic aura see the band channelling a darker side of inspiration, every haunting melody line and fragile clean vocals serving only to enhance the ominous weight of the song’s crushing guitars and dragging, tidal heaviness.

Those of you looking for a fix of deeper, more contemplative sounds following the dissolution of Isis would do well to check this band out, as would any of you to whom the proggier side of Enslaved and Ihsahn holds appeal. While the minimalistic vocals, juxtaposing wounded roars and frail, tremulous melody, add character to each song, the real strength of the album is seen in its overall atmosphere, a heaving morass of ambient layers and powerful playing that results in a whole much greater than the sum of its many parts. 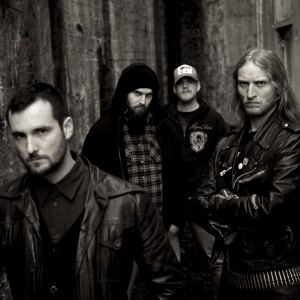 EDITOR’S NOTE: Diin is out now on Dark Essence Records. The very cool cover art for the album is by Thomas Hooper, the Brooklyn-based American tattoo artist, painter, and designer. Grutle Kjellson (Enslaved) makes a guest appearance on vocals.

Here are relevant links, followed by some music from both Diin and the band’s debut album: