(I’m actually kind of stunned. We’ve published so many posts about the new album by My Dying Bride — including an interview of guitarist Hamish Glencross — that I thought we had actually reviewed the album, too. But no!  We hadn’t!  Until today.  And now we’re publishing as the next in our series of guest submissions a potentially controversial review of A Map of All Our Failures by a writer who calls himself madchoons.)

This is where I get to yell at the top of my lungs a variety of contemplative pronouncements which will, in all likelihood, polarize people away from or possibly closer to my side of the fence. I’m not fully convinced the latter is a good idea, but on we go…

To start off, as much as it really does hurt me to say this, My Dying Bride have become the epitome of cheese.

This is a term I quite commonly use for bands/music that, although well put together and obviously derived from talented musicians, has the consistency and flavour of that aforementioned dairy product. You may have guessed I am not a fan of cheese. I enjoy it liberally with my pasta and salad, but by itself it is bland, hard to chew, and sits very heavily on my stomach.

In this case, the same can be said for My Dying Bride’s latest maudlin opus A Map Of All Our Failures, and it really does hurt to even think that one of my all-time favourites of the doom/death/goth genre has sunk to the very place I never thought they could end up. 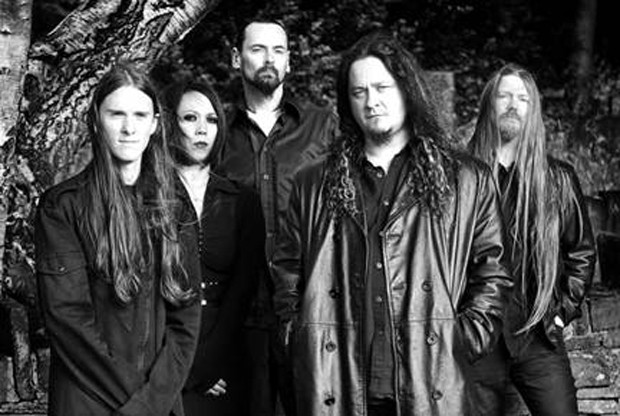 On first listen, their intent is noble. To broaden the human perspective of our collective miseries and failings is certainly an ambitious one, and their desire to immerse us in their depraved and tortured consciousness is laudable.

My gripe stems from the seemingly widening gap between their attempts at tearing open the veil of this darker side of humanity and their musical/vocal inability to actually accomplish the task that they set for themselves.

Don’t get me wrong, Aaron Stainthorpe and Co. are masterful musicians and consummate performers in their own inimitable way. I have the utmost respect for their pedigree in the doom/goth genre. The problem is their ability to write good doom metal either wasn’t there to start with (Symphonaire…. was an ambitious first album) or Andrew and Hamish have gone so far down the gothic metal road they’ve dropped the compass and have just looked up to find themselves in VERY unfamiliar territory.

I have to point out that Turn Loose The Swans is my #1 MDB album. TLTS was such a mind-blowing excursion into the netherworld inside Aaron’s head that I couldn’t stop playing it for months. I was so hungry for the follow-up album, so sold on the the MDB concept. I suppose that was my mistake, thinking my world was going to get better with the next MDB release. It never did. Every album released since TLTS has let me down a little bit more every time that now everything is crystal clear.

I see the terrible truth…..

All this time I was following along on MDB’s eclectic and dysfunctional musical adventure, looking where they looked, peering into each corner of the sordid world they were showing me. The  pitch black yawning gap of the veil they had torn open and shredded decades ago is now only a memory. The only thing I see in my panorama is the compass they hold.

They are the gate-keepers, and I am the penitent traveller. I am a silent partner to their morbid curiosity as they dissect the terrible remains of my dissolving world……

What have I become???

Must have been the cheese….

3 Responses to “MY DYING BRIDE: “A MAP OF ALL OUR FAILURES””