Here are short features about two bands whose music is definitely worth getting to know. The first of these “featurettes” comes our way via regular NCS writer TheMadIsraeli, who sent in the following introduction:

“I was surfing Facebook and saw that Infant Annihilator had posted a song by the band above.  If you can’t read the logo, the band’s name is Thy Devourer.  Thy Devourer hail from Alabama of all places, total fucking Hicksville to some; yet they deliver some of the most punishing technical deathcore you’ll ever hear all year.  They take a pretty visceral approach that hits me like a combo of Whitechapel, Carnifex, and Fallujah.  Definitely cool shit.

Interesting also, at least on this EP, is their preference for more grindcore length songs.  I believe only one of the four songs on here is even up to three minutes.

Bandcamp player streaming below, AND it’s free.  Enjoy the carnage.” 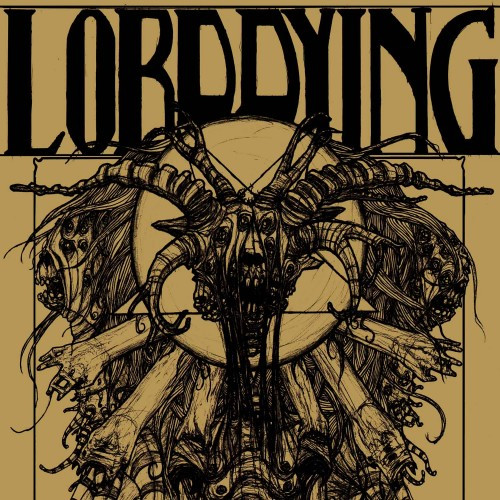 Our next featurette came my way via the following message from one of our readers whose NCS moniker is The Uncool Guy Down the Hall. (I asked his permission to use his message publicly, but I’m too anxious to get this up to wait for a reply. I’ve always heard its more efficient to ask forgiveness than permission anyway.)

“I’ve checked the website and I don’t see any reviews of Lord Dying, so I thought I’d share.

I had the extreme pleasure to catch them opening for Black Tusk and Red Fang this weekend in Philly, and I have to say they really ripped shit up. They were replacing Indian Handcrafts who couldn’t make it due to visa issues. The audience didn’t seem to know much about them, and they seemed really doubtful about the band. I think most of them assumed their lead singer (who is about the same size as Tad Doyle from the band Tad) was a roadie. But when he stepped up to the mic and started wailing, everyone seemed to go into shock.

When the set was done, I don’t think there was a single person in the place that didn’t turn to the person next to them and say “holy shit, they fuckin’ rocked!” I checked them out online to find something recorded and it appears they only have a demo. On the plus side (for me at least), it appears from their Facebook page that the demo was produced by Sanford Parker. Here’s the Bandcamp page for it: http://lorddying.bandcamp.com/ . I hope you enjoy it as much as I did. If they keep this up, I expect great things from them in the future.”

Yeah, I fuckin’ enjoyed it, to say the least – especially because it turns out Lord Dying are from Portland. Hope you like it, too.

7 Responses to “FEATURETTES: THY DEVOURER AND LORD DYING”