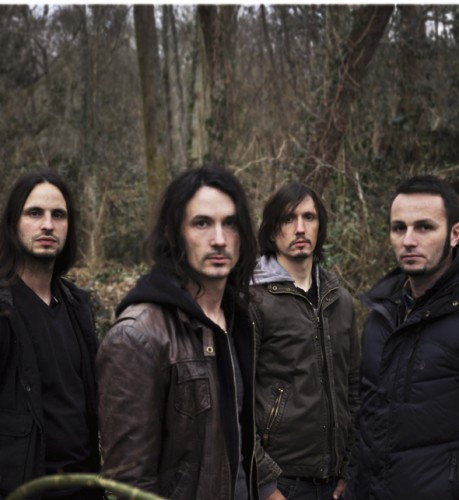 (UK-based NCS scribe Andy Synn was present for the November 10 performance of Gojira, Trepalium, and Klone in Nottingham, UK, and delivers the following review. Video clips from the show that Andy filmed appear at the end of the review.)

Here’s a tip: however heavy you think Gojira are on record, multiply that by a factor of 5 for their live show. My god, even the melody lines have a brooding heaviness that steps up significantly from their recorded output. They are just a stunning, devastating live act.

That being said, all that power would be for nothing if the venue weren’t able to handle it. Nottingham’s own Rescue Rooms has, over the past couple of years, transformed itself into a prime location for metal gigdom – despite the more indiefied aura and clientele of the venue (and accompanying lounge/bar). The stage is big, but intimate; the layout of the venue is (barring one unavoidable supporting pillar) really good for both the taller and shorter members of the crowd (particularly with the balcony above); the PA is powerful and can be incredibly clear in the right hands. Plus there’s a bar at the back, one in the balcony area, and access to the lounge/bar in the other half of the venue. Three possible sources of alcohol is always a good thing. 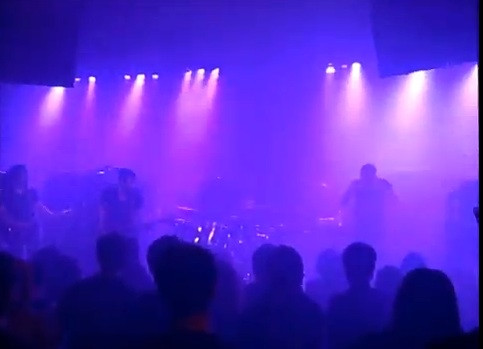 Klone kicked thing off with their storming Deftones-meets-Ghost-Brigade sound (I’ve heard it described lots of ways, but that was certainly my initial perception of the group), all soaring vocals, whispering melody lines, and thunderous percussive power. Angular, yet fluid, they soothe and crush in equal measure, while the majestic vocals and Freddy Mercury ‘tache of singer Yann Ligner are both phenomenal in their own way.

Despite the venue only being half-full (it would fill to bursting point by the time the headliners made their appearance), the band received a welcome reception from the crowd, nodding their heads and voicing their approval for the band’s distinctive mix of gleaming melody and coiled, explosive riffage.

From start to finish drummer Florent Marcadet treated us to a stunning display of nuanced skill, his flawless kick-work and busy hands providing a cavalcade of drumming goodness, maintaining a heavy, bruising edge to even the most melodic moments, providing the scintillating guitars of songs like “Give Up The Rest” with a propulsive metallic backbone.

Finally, a closing cover of Bjork’s “Army of Me” brought the set to a riotous conclusion, it’s sonic-boom snare cracks and plunging riffs resulting in a sea of bobbing heads and wide-eyed grins of wonder. 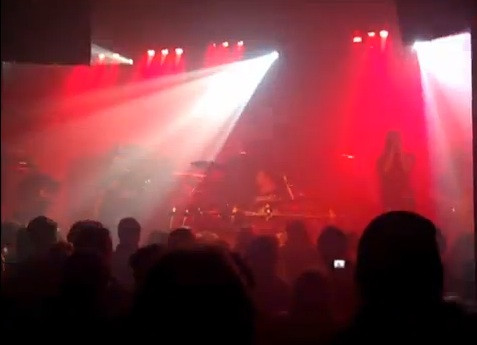 Trepalium, initially, came off a little directionless, their guttural death-groove, infused with some liberal Pantera-isms failing to connect with the crowd despite the group’s obvious conviction. Thankfully though, this disconnect only lasted until the group settled in and started to demonstrate their signature style, aptly dubbed ‘boogie-death-metal’, full of swaggering, swinging tempos, groove-infused walking basslines, and jagged, punchy riff-hammers.

Indeed, it was “Insane Architect” which saw the band finally hit their stride, its warped, atonal riffs wrapped in a cocoon of twisty-turny melody and presided over by some wrenching, barked vocal lines.

Continuing the night’s theme, drummer Sylvain Bouvier did his best to lift the band to another level entirely, his millisecond-perfect timing and heavy-handed battering of the skins tying together the disparate elements of “Sick Murder Boogie” into one neat little package of wtf-level weirdness and sharp, serial-killer aggression.

Close to the end of their set the absurd, maddening grooves and slinky time-signatures of “Necropolis” prompted the first of the night’s action out on the floor, its stabbing, staccato attack prompting some murderous scenes from the swelling crowd, and really getting the evening into a higher gear. 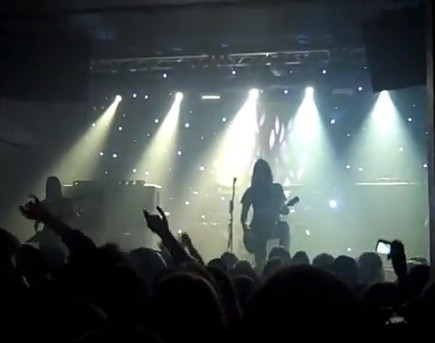 What more can be said about Gojira though? Quite possibly the single tightest live entity I have ever had the pleasure of witnessing, the quartet tore through a set that would leave most other bands begging for mercy without ever missing a beat, or slowing their relentless assault upon the audience.

Their energy level saw the band (quite literally at some points) bouncing off the walls, going from the brooding detonations of “Explosia” straight into the groaning weight of “Flying Whales”, before dropping in a pulverising rendition of “Backbone” almost as an afterthought. That the band almost threw away these songs early on spoke not only to their effectiveness in the live arena, but also to their boundless confidence in their material to make that hidden connection with the crowd.

The set-list was pretty perfectly plotted out (barring a somewhat self-indulgent drum solo section), keeping the whole evening flowing with its harnessed energy and prompting a brilliant level of feedback from the enthusiastic crowd. It was more than just the song-selection though – the lighting (resembling a field of stars), the backdrop (a brilliant rendition of the L’Enfant Sauvage cover, periodically pulsating with light), the carefully constructed and choreographed videos… everything spoke of this as being an EVENT, a triumphant victory parade for a band on the cusp of immortality, an arena show in microcosm.

Part way through Joe and Mario switched places for a short-time, allowing the latter a chance to bask in the spotlight – but to be honest, this wasn’t needed, as Mario truly is the beating heart of the band, and by far one of the greatest drummers I have ever, ever seen. Joe Duplantier may well be the voice, but his brother is perhaps the most vital organ in the Gojira monster.

For a band well-known for their political and social conscience, and often very serious lyrical themes, there were some nice displays of wry humour on display tonight, the best being when, after asking who in the crowd had been there when the group came round as support to Trivium, Joe fixed one respondent with a steely glare and simply declared “You’re too old for Trivium”. Deadpan comedy at its finest folks. Funny because it contains a little bit of truth.

Though the focus may be on the Duplantier brothers, full credit must also go out to Christian Andreu and Jean-Michel Labadie as well. Gojira is an entity made up of 4 people, not two, and these gentlemen certainly proved that with their ceaseless efforts to hammer, mangle, and pound their instruments into contorted, organic conduits for the group’s gigantic sound.

The set closed with a stunning rendition of “The Gift of Guilt”, the furious bellows of “The time has come…” exhorting the crowd to one last, gargantuan effort, leaving the whole place spinning and panting for breath.

That, my friends, was a very special show.