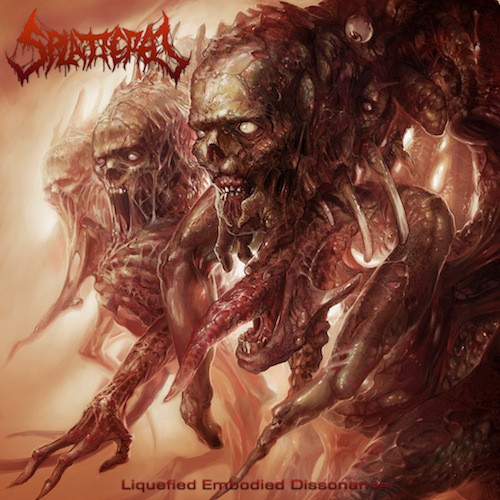 In this post I’m collecting reviews of three releases that I recommend to you most highly: Liquefied Embodied Dissonance by Splattered, Quasineutrality by Wormed, and Just the Tip by Vaginal Bear Trap. All three are available on Bandcamp, one of them is free, and all are united by a love of brutality that seeps from every pore and a load of instrumental talent.

I have two NCS readers to thank for these discoveries: Vonlughlio tipped me to the first and last of these bands, and Utmu recommended Wormed.

The members of Splattered are from Fremont and Pleasanton, California. Last month they self-released a debut EP by the name of Liquefied Embodied Dissonance. It includes only three songs, but they make a powerful impression, like the impression that would be left by a sledgehammer if brought down vigorously on top of your head.

Brutal, slamming, gurgling death metal isn’t known for its subtlety. What you want from it, and what you get from Splattered in spades, is a pulverizing beat down. Splattered splatter their music with jet-fueled riffs, convulsive rhythms, and punishing percussion. And those gut-deep gurgling vocals are exactly what the doctor ordered, that is, if the doctor is an unlicensed butcher.

This EP is a groaning, squealing, thrashing, bone-breaking assault on the senses that will give you a severe bangover. Splattered are definitely a band to keep an eye on.

Liquefied Embodied Dissonance is available for free download on the Splattered Bandcamp site. Here’s that link, plus one for their FB page — followed by the music: 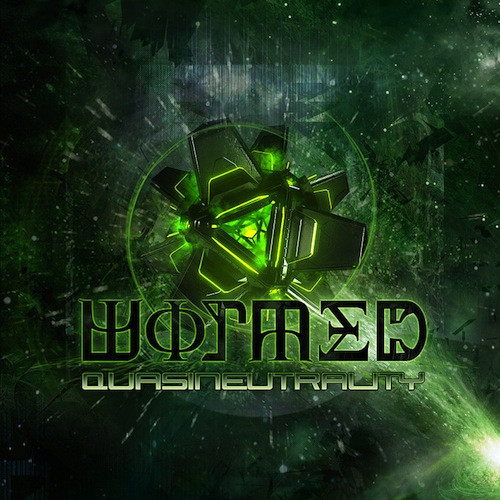 Wormed are based in Madrid, Spain. They released their debut album (Planisphærium) in 2003 and followed that with a 2010 EP named Quasineutrality, which is their latest release. After the band signed with Willowtip Records, Willowtip re-issued both the album and the EP earlier this year. The reissue of Quasineutrality includes two bonus tracks that were not part of the original two-song EP, and it’s the four-track reissue that I’ve heard.

Wormed deliver an explosion of merciless, gut-gouging slaughter . . . with flair. The music is a high-speed romp, fingers manically flying across the fretboards and feet and arms flailing the drumkit with abandon. The songs are jolting and viscerally compelling, but loaded with stop-start dynamics and enhanced by eerie lead guitar lines. The vocals are a combo of ugly gurgling and ghastly growls.

The first bonus track, “Vortex Mitosis”, is a nice remix of one of the band’s songs that turns it into an electro/industrial crusher. The second is a live recording from a 2011 performance in Switzerland that shows Wormed can pull off the insanity quite effectively on stage as well as in the studio.

As a melding of tech-death pyrotechnics and brutal slamming beats, this EP is a real eye-opener.

Wormed’s Facebook page is at this location. The reissue of Quasineutrality is available at the Willowtip web store as a digipack CD and can be downloaded via Willowtip’s Bandcamp site here. The original Quasineutrality EP is also available on Wormed’s own Bandcamp page here, where all payments will go directly to the band.

Wormed are now recording their next album — Exodromos — and it’s projected for release by Willowtip in early 2013. Check out Quasineutrality: 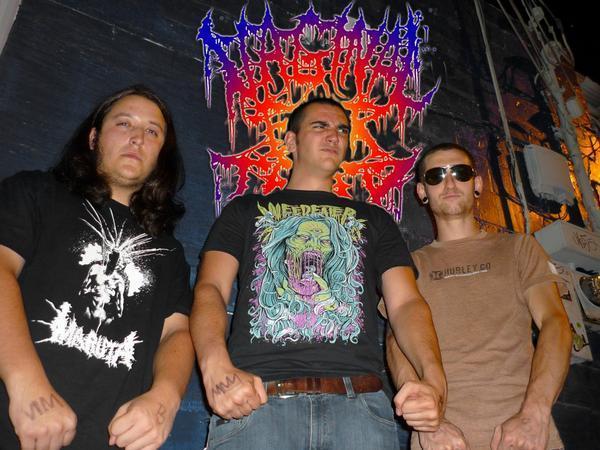 Vaginal Bear Trap are from San Antonio, Texas. Their debut album Slow Jams came out in September 2010. Their second album, Just the Tip, was released about one week ago. It consists of 23 tracks — 23! The longest is 3:08, the shortest is 0:13.

Stylistically, the songs are predominantly a mix of death-grind and brutal death metal (with a mix of gruesome gurgling and hair-on-fire shrieking), but there are surprises around almost every corner — sludgy/doomy slow-downs, infectious hardcore-infused rhythms, jolting tempo changes, bounding/grinding bass lines and squirming guitar leads, and some really impressive drumwork.

In fact, the whole album is a surprise: Despite the hilarious band name and a bunch of equally amusing song titles, Just the Tip is no goof. It’s a consistently entertaining romp delivered by a group of maniacs who’ve got some serious talent both as performers and as songwriters.

Both Just the Tip and Slow Jams are available on VBT’s Bandcamp page. Here are VBT links, followed by the album stream: