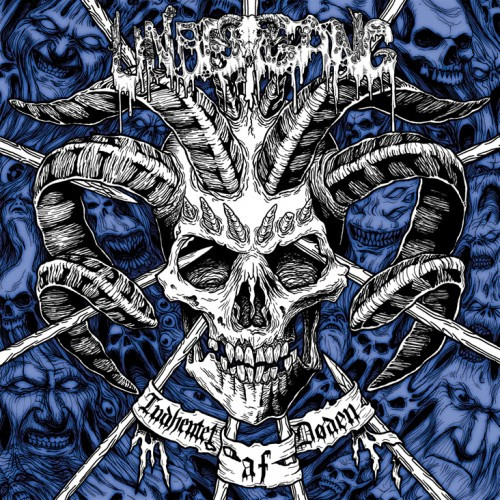 (We’re pleased to deliver this guest post by our Danish friend and fellow metal blogger MaxR of Metal Bandcamp, who shares some gruesome background on the 2010 debut album by Denmark’s Undergang.)

Undergang’s debut full-length Indhentet Af Døden from 2010 is now available as a name your price download on their Bandcamp (so is its successor Til Døden Os Skiller). This is a putrid slab of old-school death metal. You know the death metal cliches: Rotten, filthy, disgusting, nasty; Undergang makes them all come true.

Described as “Obituary twisted by Demilich”, Indhentet Af Døden bludgeons you with brutal riffs performed with with an almost hardcore-like single-mindedness (that would be the Obituary part). But don’t confuse this with simple-mindedness; Undergang keep you on your toes by adding the odd weird riff and time-signature change (and that would be the Demilich twist).

Undergang are a Danish band. And unlike most others bands from non-English-speaking countries, Undergang perform entirely in their native tongue – not that you can really understand a word of the guttural growls of David Torturdød. Their name actually means “downfall”. Indhentet Af Døden is “overtaken by death” (and Til Døden Os Skiller “till death do us part”). And Torturdød is literally “torturedeath”. You can find an interesting reference to a piece of morbid Danish history buried in the lyrics to “Englemagersken”, which roughly translated goes like this:

Late at night, a knock on the door
a single mother is standing there.
Dagmar pays her twelve tolv kroner
and burns the child the same evening
More mothers give up their babies
because Dagmar takes them all
She continues her murdering for many years
og burns the children’s bodies.

This refers to the story of Dagmar Overbye, a Danish serial killer. She murdered 25 children – of which one was her own – during a seven-year period from 1913 to 1920. On March 3, 1921, she was sentenced to death in one of the most talked about trials in Danish history. She became one of the three women sentenced to death in Denmark in the 20th century, but she – like the other two – was reprieved (Wikipedia). 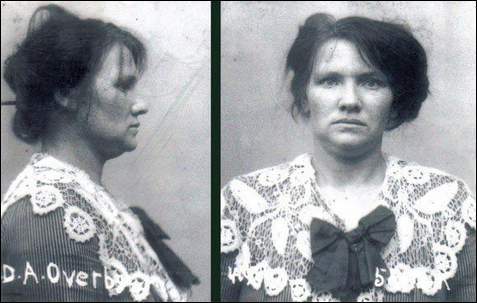 Wikipedia spells out the gruesome story: Overbye was working as a professional child caretaker, caring for babies born outside of marriage, murdering her own charges. She strangled them, drowned them, or burned them to death in her masonry heater. The corpses were either cremated, buried, or hidden in the loft.

“Englemagersken” literally means a female “angel maker”. This is true Metal of Death.