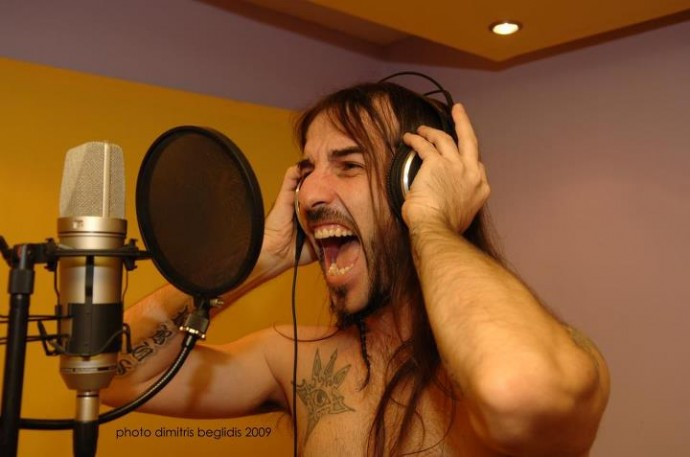 I also saw today that the French band Necrowretch have finished the recording and mastering of their debut album for Century Media. It was recorded in late August at Blackout Multimedia studios in Brussels by Phorgath of Enthroned and its title will be Putrid Death Sorcery. The cover art is being prepared by Milovan Novakovic from Montenegro, who also created the beastly cover for the band’s last EP, Now You’re In Hell (reviewed here). And if you’re wondering why this news matters, check out some Necrowretch music right after the jump. 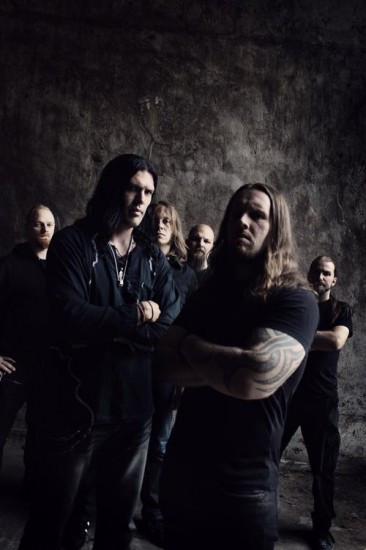 As a public service, I’m alerting you to the fact that two widely-publicized tours have suffered some unfortunate body blows. I saw this morning that Scar Symmetry’s headlining North American tour with Threat Signal, Stealing Axion, Lord of War, and Kings Field that we previously announced on this site is kaput. According to a statement by Scar Symmetry: “[D]ue to unforeseen problems securing our US work visas in time, our North American headlining tour will have to be cancelled. The waiting time for a visa  interview appointment was several weeks longer than what we’ve experienced before.”

I had no idea that Swedish metal bands needed to sit for an interview in order to get a US visa. I’d love to get a hidden-camera video of one of those interviews. “So, you’re musicians?  Could you hum a few bars?” 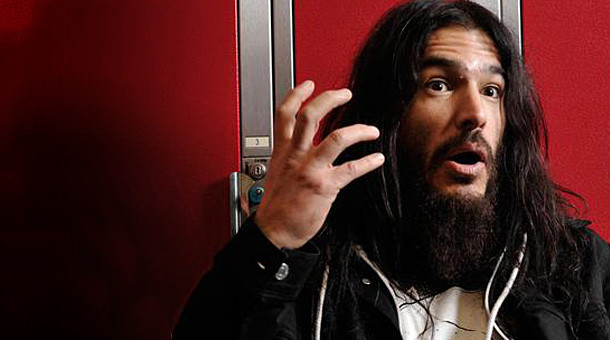 And in other de-tourism news, Machine Head released a statement explaining that they are temporarily dropping off their current North American tour with Dethklok, All That Remains, and Black Dahlia Murder. According to a press statement, “Frontman Robb Flynn must have emergency surgery. Flynn had planned to go under the knife in January after completing the tour as he has been playing through the pain of a double inguinal hernia since the tour started in October. He had hoped to continue the tour despite extreme discomfort, but it’s become too difficult to continue on. Flynn will undergo surgery tomorrow, Wednesday, November 14 in Minneapolis before returning home to California to recover, rest and recuperate. Machine Head will rejoin the tour in Portland, OR.”

That statement is kind of dry compared to the accompanying quote by Mr. Flynn:

“I’ve been toughing out an inguinal hernia below my waistline since June of last year, and a few months ago got a second hernia in my nuts. What basically happens is my guts drop into my nuts, and it looks like I have a third testicle (man, I can hear the jokes already!) It hasn’t been that painful, and I’ve gone to the doctor a few times to take care of it, but he said after surgery I probably couldn’t sing for a few weeks, and since that wasn’t going to happen, I scheduled it for January when I had a break.

“Unfortunately, after the last few shows, my guts have been very swollen and hard to push back in. Yesterday, the pain was excruciating and I went to the emergency room last night. They said that I need surgery.

“I will be doing my damnedest to rejoin the tour in a couple weeks. Thanks to all the fans, bands, and crew for understanding. I’m determined to see you all soon and finish what has been a great freakin tour!”

Sheeeit. I tell you what, if my guts had been dropping into my nuts I would have gotten that shit fixed without delay, despite the fact that having three balls could prove to be an attraction in certain contexts. Hope the surgery goes well. 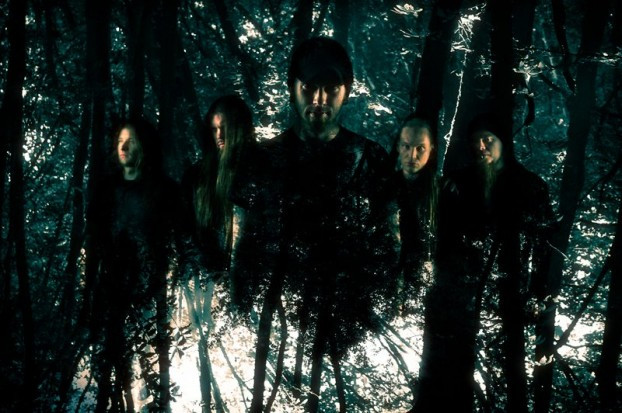 About a month ago we featured a song from a new Finnish band named Kuolemanlaakso, whose debut album Uljas uusi maailma is scheduled for international release on November 23rd through Svart Records. Kuolemanlaakso features members of Chaosweaver and includes vocalist Mikko Kotamäki (Swallow the Sun, Barren Earth).

Today I learned through a message from Finnish NCS supporter jeimssi that the entire album is streaming at the web site of the Finnish music magazine Inferno (here). Also to be found there is a track-by-track commentary by the band’s guitarist/keyboardist/songwriter Laasko, which will be of interest to those readers who speak Finnish, but otherwise, not so much.

Of course, for me, any opportunity to run Finnish through Google Translate is a welcome gift. Take for example this eloquent rendering of Laasko’s comments about the opening track, “Minä elän”:

“That is the whole thing at one time went to the spring of 2010: I live is the first song that I wrote in Death Valley. But it easy song with start and end ominously ultrabrutaaliin kitaravalliin, which was dramaturgically aware of the solution, of course.

V. Santura (Triptykon, Dark Fortress, ex-Celtic Frost), who apulaistuotti, recorded, mixed and mastered the album, sent to the mixing stage Meilian that the song is the opening riff of view, the best of what he has heard in years. He reportedly mentaaliradiostaan heard it all the time: sleep, wake up, kokatessaan, wash dishes … Everywhere.

I’ve been listening to this album stream, hoping to hear the influence of the hipidihopista. What I’m hearing instead is a big slab of delicious ultrabrutaaliin doom. 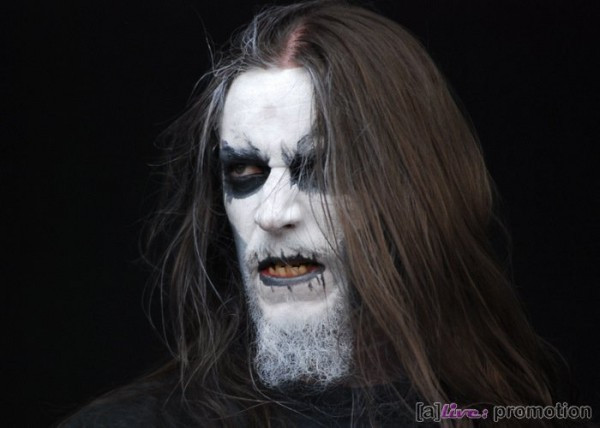 I saw today that a new Taake live performance clip was just uploaded to YouTube. The song is Part I of “Hordaland Doedskvad”, and it was performed at the Party San Open Air festival in August 2011. This clip was extracted from the official Party San 2011 DVD, and so both the audio and visual quality are high. This is a great song by a badass band, and it’s fun to watch. Check it out: 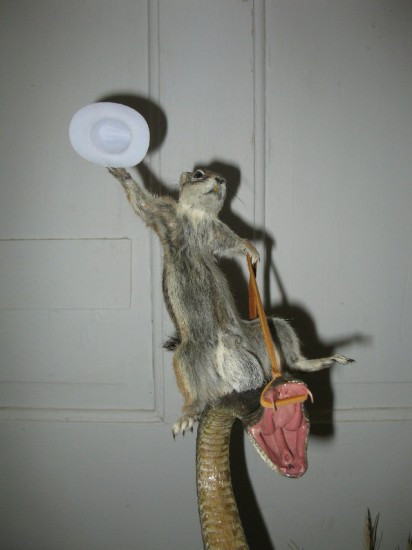 And because I didn’t have time to get a THAT’S METAL! post done last weekend, and because I know that will leave many of you in quivering state of withdrawal, let me leave you for now with these photos of a taxidermied squirrel riding a rattlesnake. And thank you ElvisShotJFK for the awesomeness. 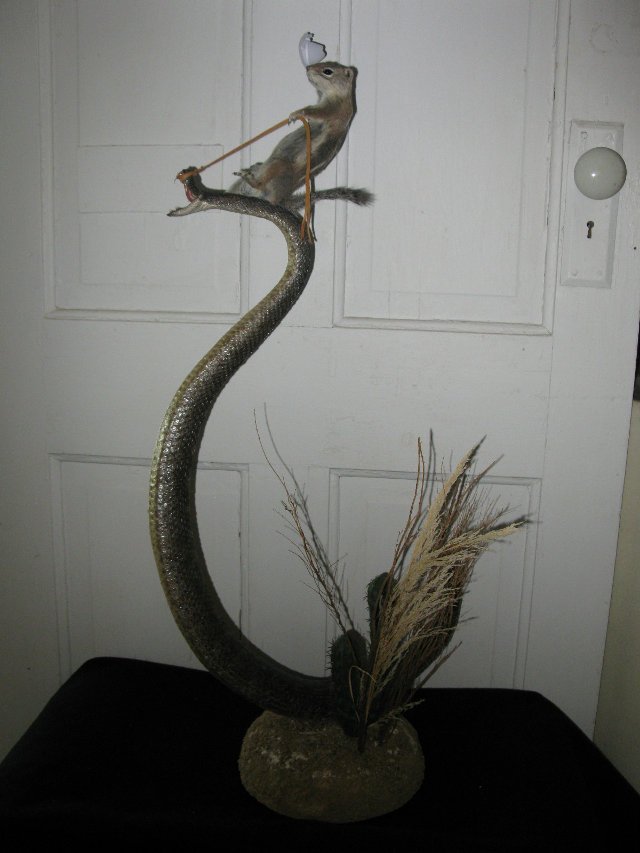 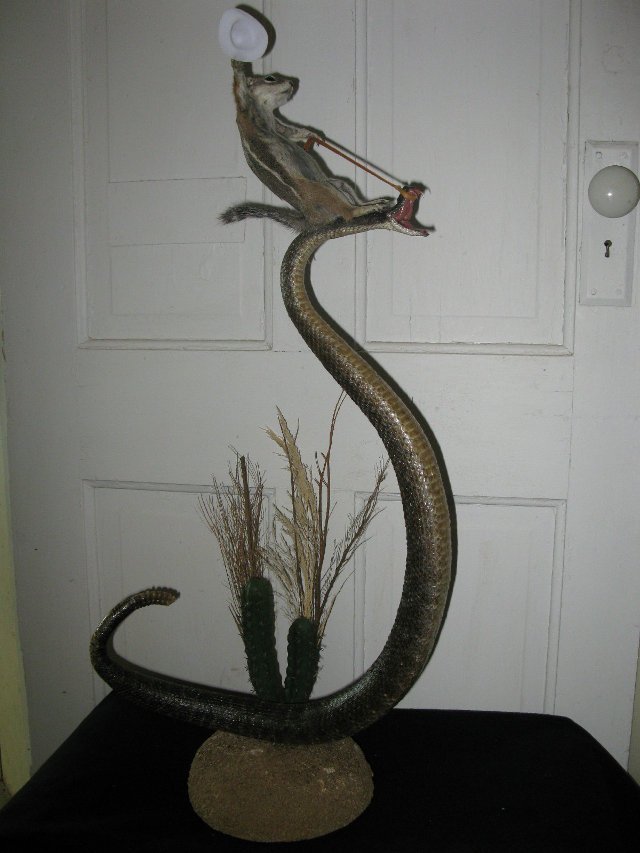 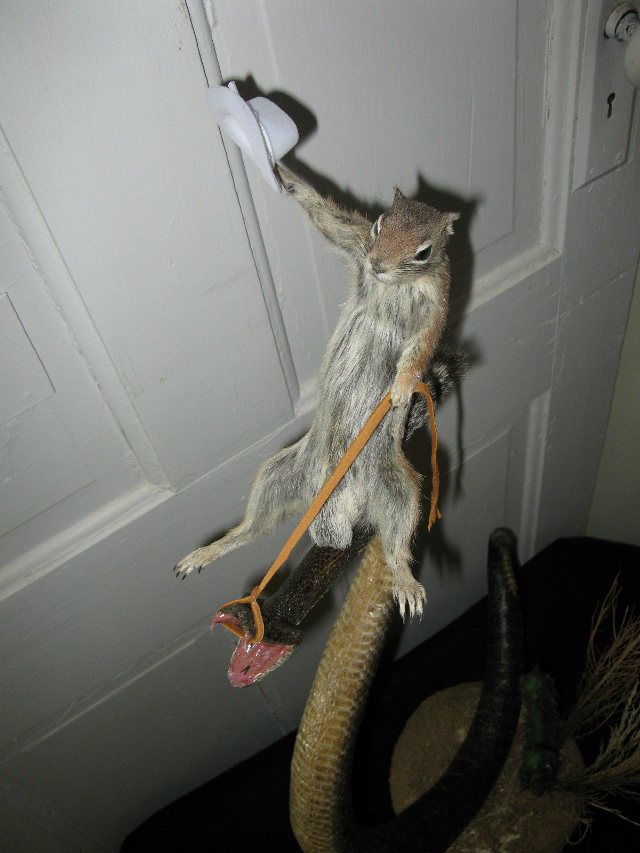