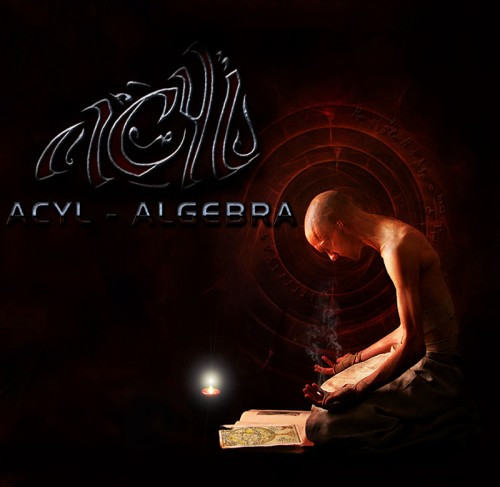 (New Zealand-based NCS patron Booker follows up his last guest review with another one.  The subject of this piece is the debut album by a Paris-based band named Acyl, who have a decidedly different approach to metal.)

So growing up in the 90’s (OMG! I’m like, so old!!), Sepultura were one of my favourite bands. Some say Arise was their best offering and despise all the ‘world-music/Brazilian’ influence on later releases, most notably Roots. Without wanting to revive the old chestnut of post-Max Sepultura (arguing about which never seems to die), whatever your opinion of Against-onward era Sepultura, or the direction of Soulfly, unarguably both have progressively moved away from the world-music influence into a more stripped-down sound.

Over the same course of time, the Western world has been exposed more and more to the Arab world, and let’s face it, not usually from the likes of Jim Al-Khalili expounding on how insightful those ancient Arab mathematicians and astronomers were, but more likely linked with post 9/11, the Taliban, Al Qaeda, radical Islam, and the like.

Well, who should come along and kill two birds with one stone (or album, more accurately – although really I don’t think the killing of birds was actually involved) but Acyl with their debut LP Algebra out this year – bringing a good ‘world music mixed with metal’ fix, and also some of the goodness the Arab world has to offer in terms of its language (one of the most ancient in the world, consider that for a while if you will) and old-school Arabian musical stylings. In doing so, these guys have achieved something incredibly difficult in this day and age – a debut album with a distinctive, unique sound. 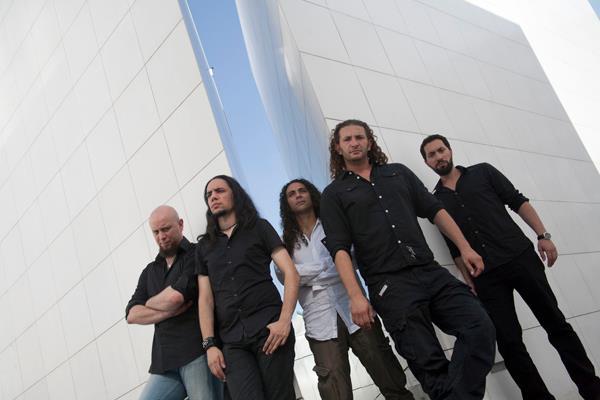 Long before Les Paul invented the electric guitar or the modern ‘drum kit’ came into its current form, humans have been banging on random shit and making sounds with all kinds of inventive apparati since time immemorial. Some of these live on as the traditional musical instruments still around today, and it’s probably the novelty of hearing these ancient timbres that gives world music its appeal for me. The problem is, it’s usually just not heavy enough! Enter Acyl.

These French Algerian chaps (or at least, that’s what I can find out via the ever-reliable internet – I can’t vouch for their birthlines) released an EP in 2010, The Angel’s Sin (which I’ve yet to hear so can’t comment on) and followed up with their first full-length album this year, Algebra (also an Arabic invention, in case you’re wondering who to blame for those fun high school classes).

The first thing to note is the number of multi-track songs here – it pays to keep these in mind when listening through the album, as it does help group the songs into a more coherent progression. The vocal style is interesting – it features that dreaded thing, clean singing, not so welcome around here – but also much vocal harmonization, chants, and heavy vocals, and it also adopts a kind of spoken-word approach at times, which seems almost like story-telling. The vocals also offer a mix of English and Arabic throughout.

In amongst the heavy guitars are plenty of acoustic guitar offerings in addition to the other random stringed instruments on offer (check out the solo on the video below). For lovers of natural instrument sounds the album has plenty of audiophile moments, like ‘Back To Death’ and the opening of ‘Creation Chapter 3 – Autonomy’ for some sweet percussion sounds, the interlude in ‘Head On Crash’ (some sitar-like instrument, likely the Mandola or Oud from their instrument listings), and the instrumentation on tracks like ‘Barzakh’.

Other than describing this as ‘Arabic world music meets metal’ it’s difficult to put their sound into words – so I’d advise simply listening to the tracks below to get a grip on their sound and see if it tickles your fancy. Suffice to say, this is on my ‘best of’ list for 2012 – I’m always keen to hear bands taking metal in different directions, and in particular I’m curious as to how their sound will evolve in the future (if anything, I’m hoping for ‘more Arab, more heavy’!). I’m also very impressed with the sound quality, which really captures the subtle nuances of some of their esoteric instruments, as well as just a damned good sound quality overall.

I got hold of a copy of Algebra through Acyl’s small label, M&O Music, and after handing over my credit card details to some guy on the other side of the world, sure enough in a few weeks a package from the land of love arrived with a hand-written address (oh, how cute, hand written…and from the land of love… all for me!). Maybe it’s possible to get hold of Algebra via easier means when you live somewhere not quite so backwater as New Zealand (like yours truly), but if you can’t find it elsewhere, I can vouch for ordering it direct from M&O: http://www.m-o-music.com/ (also available at Acyl’s website: http://www.acyl.fr/)

Other tunes can be found on:

For a bit of educational fun, I’ve also included some links to The Font of All Human Knowledge regarding a few of the more esoteric instruments included here (Santa, if you’re reading NCS, I’d like an Oud for Christmas 🙂 ):