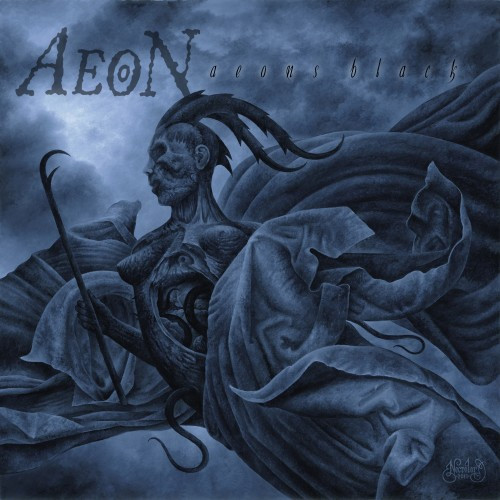 In this day and age there’s not much you can do to a shot of undiluted death metal without turning it into a different kind of cocktail. But if you’re going to consume it straight up, there are big differences between the premium brands and the cheap stuff that’s kept under the bar at your local corner of Hell. Aeons Black, the new fourth album by Sweden’s Aeon, is the top-shelf stuff, and worth every penny. And you don’t get cheated on the pour either: the album is a 15-track monster with a 51-minute run time.

Aeons Black is not only premium face-melting death metal, it’s also one of the top 5 death metal albums of the year. You know I hate making lists, so I don’t know what the other four albums are. I just can’t imagine that more than four would be in this league.

Aeon are often compared to the likes of Cannibal Corpse and Deicide, and they prove once again on the new album that they can indeed hold their own with those titans of Floridian death metal, while incorporating the blazing fretwork of Suffocation as well. The riffs on high-speed numbers such as “Still They Pray” and “Nothing Left To Destroy”, which make up the majority of the songs, are absolutely blistering. And they’re matched by the furious drumming of Arttu Malkki, who has returned to the band after an absence that began after Aeon’s 2001 debut EP Dark Order.

But even the album’s most superheated songs are not simply open-wide flamethrowers spewing hellfire. They’re marked by big, hook-filled, piston-driven rhythms that hammer and pummel and blast like big, heavy-caliber weaponry. If you can’t get a powerful head-slam going while listening to this album, you need to check into a nursing home. 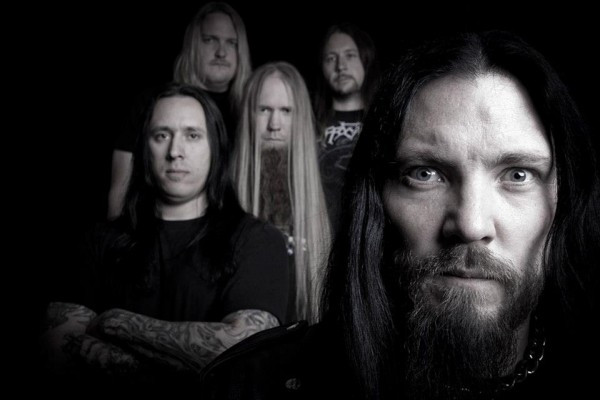 But more so than on Aeon’s previous releases, the new album balances all that head-wrecking explosiveness with uber-heavy mid-paced numbers such as the title track, which channels early Morbid Angel with infernal chugs and lurching rhythms and lots of moaning, groaning chords, periodically splintered by bursts of electric fretwork. I even got glimpses of Behemoth-style titanics in the grisly slowed-down parts of “The Glowing Hate”.

Aeon enhanced the variety of Aeons Black in other ways as well. Four very different instrumental tracks segment the obliterating torrent of the remaining songs; they range from the piano-and-synth melody of “Voice of the Accuser”, to orchestral music and choral voices paired with martial percussion in “Passage To Hell”, to the skittering guitar that scampers over a stomping rhythm line in “Neptune the Mystic” . Tempo variations enliven the interest of multiple tracks, perhaps most noticeably in “Garden of Sin”.

And the infernally majestic closing track, “Die By My Hands”, features a guitar melody that sounds like a fanfare to accompany a whole lot of explosive fury. You’ll also find a veritable smorgasbord of shrill, head-spinning guitar solos all the way through the album.

A word about the vocals: They’re just fuckin’ riveting. Okay, that was two words. But seriously, if you haven’t yet treated yourself to what Tommy Dahlström can do, you’ve been missing out. Passionate, hate-filled, and utterly ferocious, he roars like lions, barks like a big mastiff, and shrieks like a horde of banshees. Definitely one of the best blasphemers in the death metal business.

In a nutshell, when Aeon’s razor-edged riffs, bone-crushing rhythms, and voracious vocals are finished with you, there may be discernible pieces left, but they will be small — scattered in a spray pattern across the walls of your hovel and stuck there by the glue of your own juices.

Aeons Black is malignant, merciless, and thoroughly galvanizing from beginning to end. It’s a must-listen for any true fan of straight-up death metal. And you won’t need a chaser.

The album is out now on Metal Blade and can be ordered here. It’s also available on Amazon mp3 and iTunes. To learn more about the album, read our interview of guitarist Zeb Nilsson here. To hear the entire album, it’s still streaming in full at Terrorizer, which you can find via this link. And below you’ll find the official lyric video for “Aeons Black” plus “Still They Prey” which premiered at Metal Hammer.