In my daily ramble through the interhole yesterday probably nothing made my eyes bug out quite as much as the sight of The Acacia Strain’s overturned van, which will force them to pull out of their tour with Veil of Maya but fortunately (and amazingly) left the band with only minor injuries. But a couple of other items were close seconds in the eye-popping competition. I’m including those in this post — new album art for the next releases by Vreid (Norway) and The Botanist (U.S.). I’ve also got for you a brand new song from Vreid and a new song by Maveth (Finland) from their forthcoming album.

Vreid’s last album, V, was extremely good. It made a number of the year-end lists we posted at the close of 2011, including our own Andy Synn’s list of “The Great Albums of 2011”. Summing up his thoughts, Andy called V “a stunningly dynamic series of songs that filter the thrashy energy and classical aspirations of Ride The Lightning-era Metallica through a blackened prism of primal fury.”

So my eyes went wide yesterday when I saw the album art for Vreid’s sixth album, Welcome Farewell, and the news that it will be released by Indie Recordings on February 26 in Europe, February 22 in Germany/Austria, and March 5 in North America. Yesterday Terrorizer also premiered a track from the new album named “The Reap”. I gotta be honest — it surprised me.

Less black thrash and more black ‘n’ roll, it’s still one hell of a song. They should patent the riffs in this thing, because they’re gold Jerry, pure gold. Just try a little experiment: play the song and see how long it takes for your head to start moving. 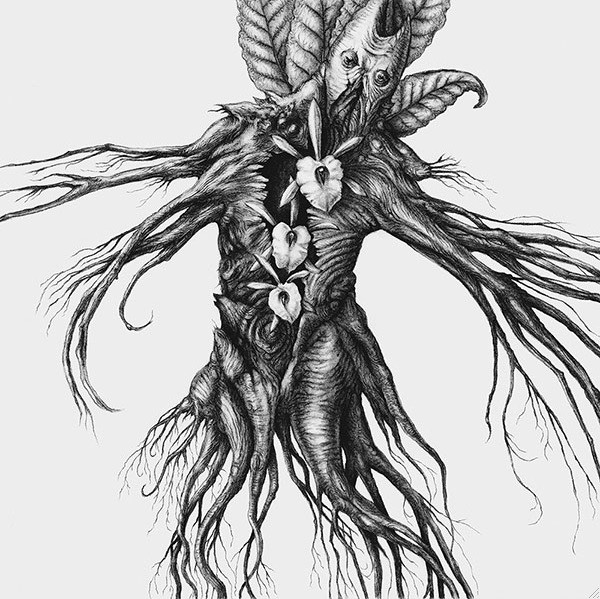 Above you can see the second piece of eye-catching art I came across yesterday. It was created by M.S. Waldron for the new album by San Francisco’s Botanist, a most interesting one-man black metal project that relies heavily on the hammered dulcimer in its instrumentation. The new album, IV: Mandragora, is now set for release on February 19 by the equally interesting metal label The Flenser.

It’s reported to be a concept album on the alchemical creation of a mandrake, “and how The Botanist is instructed on raising an army of mandrakes to wipe out humanity.”

“The songs of Botanist are told from the perspective of The Botanist, a crazed man of science who lives in self-imposed exile, as far away from Humanity and its crimes against Nature as possible. In his sanctuary of fantasy and wonder, which he calls the Verdant Realm, he surrounds himself with plants and flowers, finding solace in the company of the Natural world, and envisioning the destruction of man. There, seated upon his throne of Veltheimia, The Botanist awaits the day when humans will either die or kill each other off, which will allow plants to make the Earth green once again.”

Unlike the new Vreid release, we don’t yet have any samples of the music from Mandragora, though track premieres are coming soon. So I’ll just stream the tracks from the last release, III: Doom in Bloom. 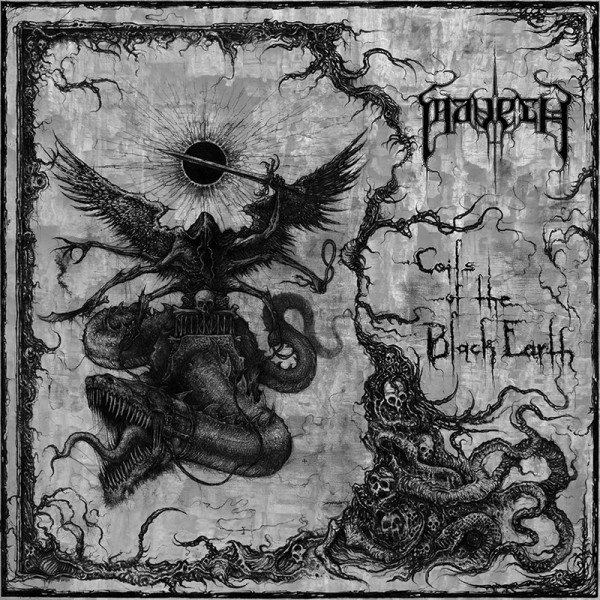 On the subject of eye-catching artwork, check out that beautiful cover up there. It is by none other than that brilliant Chilean artist Daniel Desecrator and it graces the front of Coils of the Black Earth, the third album by Finland’s Maveth, which is due for release by Dark Descent on December 15 (and can be pre-ordered here).

Two days ago Brooklyn Vegan premiered a song from the album named “Sating Erictho”, and I caught up with it yesterday. This is the second track to be unveiled from Coils, with DECIBEL having the first premiere. Both of the songs are worth hearing if you’re a fan of suffocating blackened death metal that has an interesting way of worming inside your mind and hanging around, while feeding your limbs into a meat grinder at the same time.

Both of the tracks, including this newest one, are below.

8 Responses to “SEEN AND HEARD: VREID, BOTANIST, AND MAVETH”