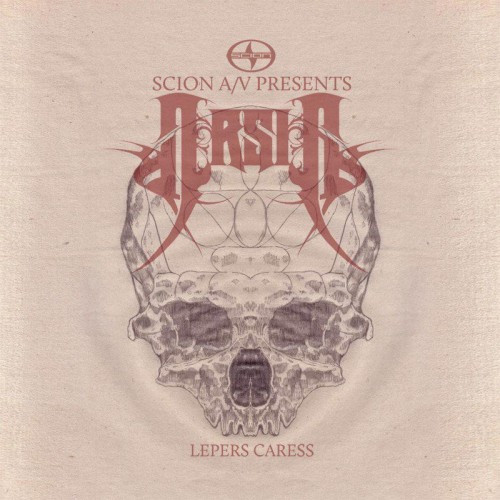 One of these days I may have to actually buy a Scion vehicle. The debts of gratitude just keep mounting, and I do like to repay my debts. Scion A/V’s latest gift to metalheads is a brand new EP by Arsis named Lepers Caress. It will become available for free download next Tuesday at the Scion A/V web site.

I got wind of this yesterday when a couple of my NCS comrades started talking about a Nov 27 interview of guitarist/vocalist James Malone and bass-player Noah Martin that appeared at Hardrock.RVA. In that interview, Malone said: “You can expect the Scion EP very soon and for Unwelcome to come out early next year.  I wouldn’t compare either to Starve… but you will not be let down.  This much I can promise.”

Turns out we didn’t have to wait long for confirmation about that EP, because the official announcement came out this morning. The reference to Unwelcome is about the next Arsis full-length, which was written by Malone and Martin and recorded this past August. And in related news, Arsis will be setting out on a Scion-sponsored tour this December, and they’ll be playing new songs from both the EP and Unwelcome.

As for what the new music will sound like, the interview contained this additional preview from Noah Martin, which includes references to previous Arsis releases A Diamond For Disease (2005), We Are the Nightmare (2008), and Starve For the Devil (2010):

“If I had no other choice than to compare it to the older material, I’d say it’s most similar to Diamond and Nightmare.  I’ve felt that since Nightmare was being written, the band has tried to capture a natural balance between more involved death metal and streamlined 80s stuff.  Perhaps it was that Starve and Nightmare were polar opposites in that respect.  On this new release, we certainly utilized more three part-writing than on the previous couple albums.”

Here are those December tour dates; Arsis will be accompanied by Sonata Arctica.

5 Responses to “NEW ARSIS EP ON THE WAY!”