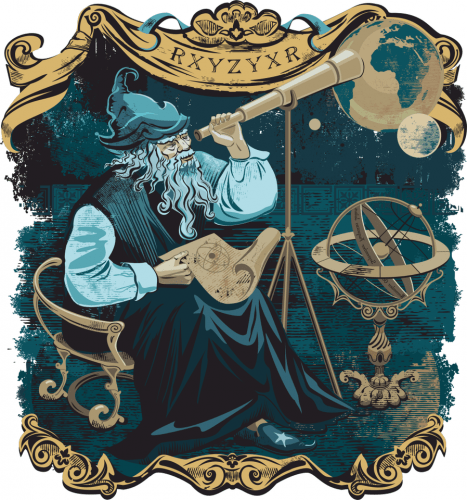 RXYZYXR and I go back a ways, back to their four-song instrumental demo in 2010 called Geometrical Metal, though I didn’t discover it until first being caught up in the videos they made for two later songs — “Denial of Death” and “Polar Knights” — which I wrote about in July 2011. By that point, the instrumentalists in the band (whose precise overseas locations are still not clear to me) had joined forces with a talented Florida-based vocalist named Tommy Wills.

Earlier this month RXYZYXR finally released a full-fledged debut album, and by full-fledged I mean 13 songs and nearly a solid hour of music, including those two songs that first grabbed me back in 2011. Continuing to shun vowels, the band have named the album LMNTS, and it’s available on both iTunes and Bandcamp.

When I first heard the band’s music, I began comparing them favorably to the likes of Textures and CiLiCe, whose vocalist Daniel de Jongh moved over to Textures and made his debut with that band on 2011’s wonderful Duality. Having now heard LMNTS, the comparison is even more apt, and yet RXYZYXR have integrated more stylistic variety into their music than even those comparisons would suggest.

At the core of RXYZYXR’s music is the kind of Meshuggah-influenced polyrhythmic pummeling that fellow blogger Angry Metal Guy once delightfully termed “high-IQ-riffage”. The unpredictable, unstable rhythms are heavy as lead and yet bound and dart like cheetahs in a high-speed chase. 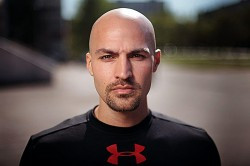 Booming, jabbing, and jolting (sometimes in a punishing level of explosiveness), the rhythm guitar and bass performances demonstrate both a high level of technical skill and an exuberant amount of creativity. The intricate drumming is also top-shelf, and the counterpoint interplay between the percussion and the stringed instruments exerts a strong hold on the listener’s attention. Thankfully, the effect of all this math-metal extravagance is neither tedious nor monotonous, neither cold nor mechanistic. I found it thoroughly engrossing and physically irresistible (and by “physically”, I mean I banged my damned head to every song). 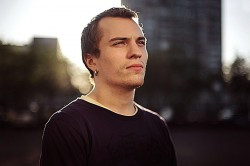 But there’s much more going on in LMNTS than highly competent rhythmic algebra. The music is an appealing mix of hard-charging, start-stop dissonance and cool melody. Spiraling, swirling, often spacey guitar leads thread their way through the off-kilter hammering, and the power of the songs ebbs and flows, the band breaking away frequently from the intricate, pounding rhythms to introduce softer interludes filled with a variety of guitar solos that vary stylistically from cool jazz to prog extravagance.

The jazz influence is so pronounced in some songs that the guitar tuning/processing makes the solo’s sound like a tenor sax (or maybe a sax really does make an appearance in songs such as “Transcendental Needs” and “Denial of Death”, and “Locked Inside”?), and the intro to “The Things” features a completely wonderful combination of soft, echoing acoustic chords and a jazzy bass solo. 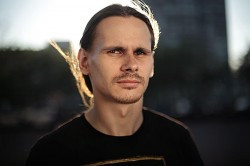 And when’s the last time you heard the sounds of a xylophone in metal? Well, I’m pretty sure that’s what I heard in “The Things” and again in the outro to “We Dominate”.

Speaking of variations on the usual math-core theme, I also have to mention the completely out-of-left-field jazzy instrumental track “Cradle (Of)”, which features what sounds like an Indian hand-drum, a mellotron, and Tuvan throat-singing (!).

The variety in the instrumental music, which moves so effortlessly from complex battering to mellow melodicism, is matched and enhanced by the versatility in Tommy Wills’ vocals. Much like Daniel de Jongh does on Duality, he effectively moves without pause from harsh howling and barking reminiscent of Jens Kidman to tenor-range clean vocals that are both subdued and passionate, depending on the song. 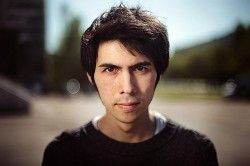 In both the harsh vox and the clean, Wills demonstrates impressive range and a good feel for what vocals will fit best at which times. His movement between the two divergent styles of singing sometimes contrasts with the speed and tone of the instrumental music and sometimes moves with it, the whole band ebbing and flowing together as part of the same tide.

The music is  filled with contrasting transitions and changes of mood and atmosphere, yet RXYZYXR manage to avoid throwing the listener completely off-balance when they change course. The songs hang together; the pieces fit in ways that somehow make sense. Instead of being tossed in an out-of-control roller coaster ride, you’re in a hot car on an open road, with a pro behind the wheel who hits the curves in a smooth glide, gives it the gas in a satisfying rush of acceleration on the straight-aways, and sometimes takes to the air as it vaults off the crests of hills. 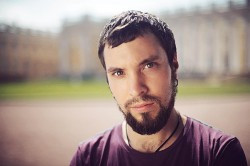 I’ll end where I started: If you’re a fan of bands like Textures and CiLiCe, if you appreciate the integration of pummeling rhythmic complexity and inspired melodies, if you want creative songwriting and technical proficiency in the execution, you definitely need to hear LMNTS.