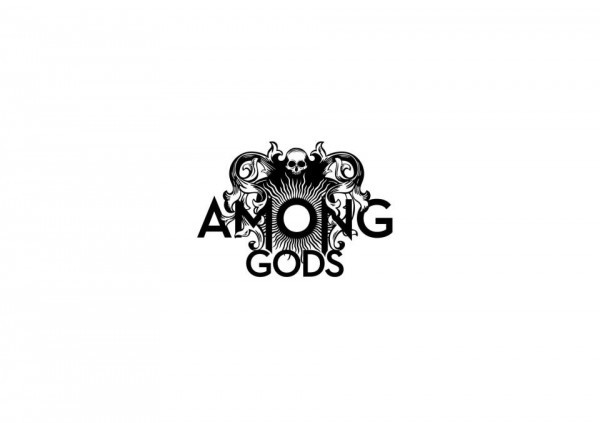 From the inception of NCS, one of our goals has been to put the spotlight not only on bands whose names are well known but also on lesser known creators of extreme music. This MISCELLANY series has always been one way of doing that, but over the last year I’ve let lots of time go by in between MISCELLANY installments.

So I’m making a new resolution: I’ll start running a new MISCELLANY post once a week going forward. I hope that one works out better than the one I made about not spitting in other people’s beer.

Remember the MISCELLANY rules: I pick bands whose names are unknown to me, using a very impulsive and usually random selection process; I listen to one or two songs (though sometimes I cheat on the number); I write my impressions of the music; and I stream what I heard so you can judge for yourselves. These posts are obviously less than full reviews, but they’re better than no reviews at all — and unfortunately we just don’t have time to review everything that comes our way.

And also remember this: Though I’ve had uncannily good luck with most of the MISCELLANY selections, I don’t know in advance what the music is going to sound like or whether it’s something I’d normally recommend. By definition, this series is all about surprises.

So, here we go: Today’s picks are Among Gods (Norway), Dead Warrior (Argentina), and Bury the Crown (U.S. – Houston). 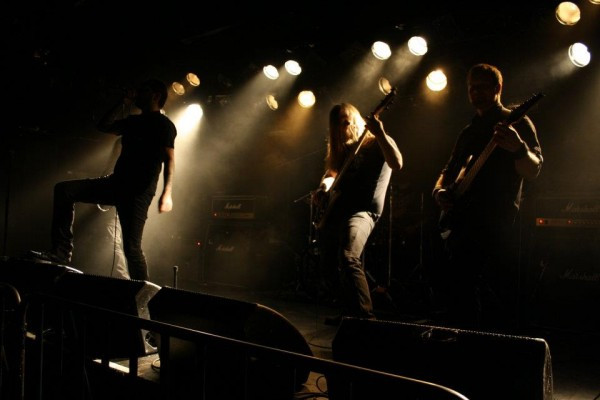 Among Gods are based in Bergen, Norway, which is home to an amazing number of excellent metal bands, most of them steeped in black metal to varying degrees. Earlier this year, Among Gods self-released a debut album that’s available on iTunes, and then last week they signed with a Quebec label named PRC Music.

To help spread the word about the band, PRC is offering a track called “Martyr” for free download here. I also found another track from the album named “Apocalypse”, and I listened to both of those songs. And I really liked them.

Among Gods inflicts heavy, skull-stomping death metal, enlivened by gory, writhing tremolo leads and scalding, evil vocals. “Martyr” includes a breakdown that convulsed me so hard I worried about permanent paralysis, and “Apocalypse” got my neck snapping like a rubber band, too. These dudes know how to mix the filth and the groove into a sulfurous black mass that’s awfully delectable. Maybe it’s partly because Among Gods are from Bergen, but these two songs remind me of one of my favorite bands, Byfrost. Check ’em out: 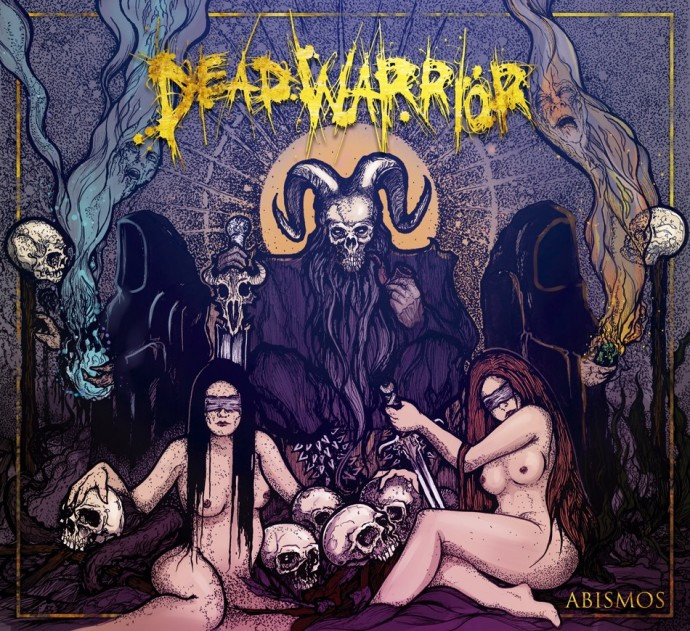 Here’s how I found out about Argentina’s Dead Warrior (and this will show you just how random these MISCELLANY picks can be): Earlier this week, I included some words about Sweden’s Kongh in an EYE-CATCHERS post, focusing on them as much because of the artwork for their new album as anything else. I didn’t know who did the art, but I got a comment on that post identifying the artist as an Argentinian who goes by the name of Coven Illustracion. The same commenter provided a link to another delicious piece by Coven Illustracion, which you see above.

That’s the cover to a forthcoming album by Dead Warrior named Abismos. And after I saw it, I really had to listen to some Dead Warrior metal. Wouldn’t you?

So, I hunted down Dead Warrior’s Facebook page and, lo and behold, I discovered that they’ve made three tracks from Abismos available for free download. So I nabbed those tracks and gave them a spin. And . . . the music turns out to be deathcore, but it’s deathcore I can get behind.

Dead Warrior open up a high-pressure firehose of blasting death metal fury, with an aura of old-school, tremolo’d goriness and some punishing, doomy breakdowns. They employ dual vocals, with deep bearlike roars trading off with throat-scraping shrieks, and bursts of flashy guitar work to go along with a load of skull-cracking groove.

Info about how to get the free download of the 3 songs I heard as well as the band’s 2010 EP The Progress of Disaster is available here. Below is the Dead Warrior FB link, followed by the new tracks from Abismos: 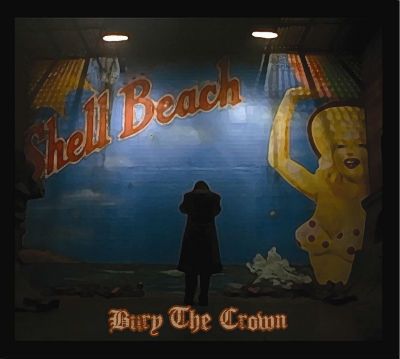 Bury the Crown are from Houston, Texas, a place where I lived for more than a decade before relocating to Seattle. They apparently found out about NCS because of our posts about another Houston band, the thoroughly killer Venomous Maximus. They wrote us recently with a request to check out their five-track debut EP, Shell Beach, which was released in August via Bandcamp.

The fact that Bury the Crown hail from my old stomping grounds and the fact that they dropped the Venomous Maximus name got me interested, and so I visited their Bandcamp page for my last stop on this MISCELLANY expedition.

The first song that’s set up for streaming at Bandcamp is “Murdock”, so that’s what I cranked up first. I love a song that begins with a bass solo. Especially when the bass solo is followed by marauding hammer blows of hardcore malignancy, which is what “Murdock” brings. Fuckin’ heavy-ass hardcore breakdown in that song, too.

Well, I damned sure couldn’t stop there, so I let the Bandcamp player continue to roll right on into “Vessels”, which carries a bit more guitar melody but still hits very fuckin’ hard . . . and the vocalist sounds like he’s coming apart at the seams, which is as it should be.

Okay, you probably know where this is going: I threw my rules out the window and listened to the rest of the EP, and thoroughly enjoyed the whole damned thing. Bury the Crown know how to bring a vicious beatdown, with a heavy load of killer riffs, catchy melodies, and explosive vocals. A very nice discovery.

2 Responses to “MISCELLANY NO. 51: AMONG GODS, DEAD WARRIOR, BURY THE CROWN”