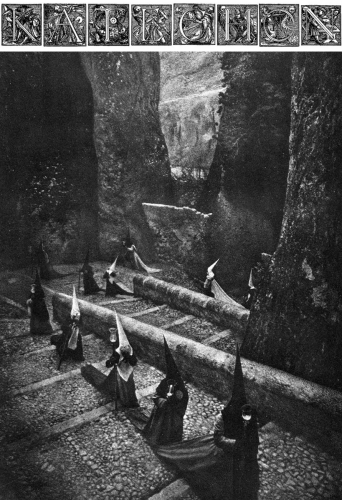 (We welcome back guest contributor and fellow and blogger BreadGod with his rundown of three 2012 demos, all of which are free.)

Greetings, people of No Clean Singing! I am BreadGod, purveyor of all things dark and obscure! Today I shall share with you three amazing new bands plucked from the deepest and most unknown chasms of Bandcamp!

In biblical study, the Katechon refers to that which restrains the coming of the Antichrist. The Norwegian band Katechon, who released their second demo this year, has corrupted that meaning, for they wish to use their music to bring forth the Antichrist.

The music can best be described as blackened death crust. They utilize a lot of crust beats, death metal riffs and vocals, and a black metal guitar tone and atmosphere. The crust beats give the dark and nasty music a catchy feeling. The vocals frequently switch between a growl and a low death/thrash shout, and there are times when it’s drenched in reverb. The drums are superb, especially when it comes to fills and cymbal work. As I’ve said before, the guitars play death metal riffs through a black metal filter, and when combined with the crust beats, they become more memorable than most other death or black metal bands.

Katechon plays metal that is both unique and displays excellent musicianship. I am eager to hear more from them.

[EDITOR’S NOTE: It appears that Katechon have finished recording a debut album that will be released by Nuclear War Now.] 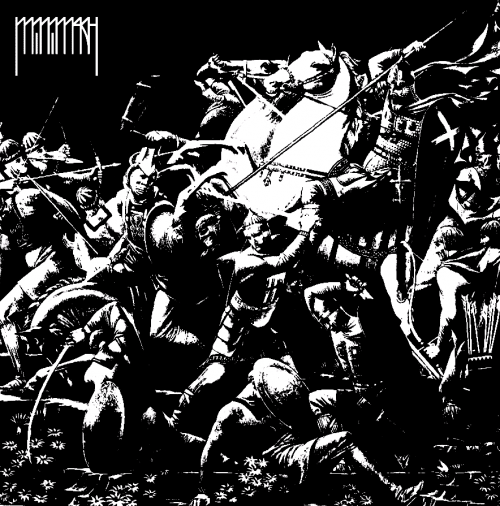 From what I can tell, the band’s name Monomakh refers to Vladimir II Monomakh who was the grand prince of the Kievan Rus during a turbulent time in its history. So turbulent was this time that the kingdom fell apart just ten years after his death. The music this band plays perfectly reflects the dread and anxiety the Rus must have felt during that time.

Monomakh takes black metal, sludge, and a great deal of Incantation-worship, throws it into a giant pot, and brews up a thick concoction of heavy darkness. Most of the time the drums play somewhere between a medium to fast pace, with calamitous cymbal crashes and exquisite fills, but there are other times where they really draw back the tempo to play these crushing slow rhythms, again with a plethora of amazing cymbal work.

The vocals consist of a deep growl and a sick rasp. Both are well-performed and reinforce the dark and miserable atmosphere of the album. The guitars are tuned extremely low and show a great deal of Incantation influence. They run the gamut from typical death metal rhythms to chugging sections to tremolo sections. Not only are the guitars played extremely well, but due to the nature of the production, they have a great deal of meat that further reinforces the monstrous atmosphere.

As I did some more research, I learned that Monomakh is led by one man: Cale Schmidt. He is the mastermind behind two other Australian death metal beasts known as Altars and Cyclonus. I also learned that for the drums on this album, people from across the internet recorded their own drum sections and sent the recordings to him. He then took these drum sections and arranged them into coherent passages. As a man who loves the power the internet can give people, I find this truly amazing. I hope Cale Schmidt makes more dark music under the Monomakh monicker. 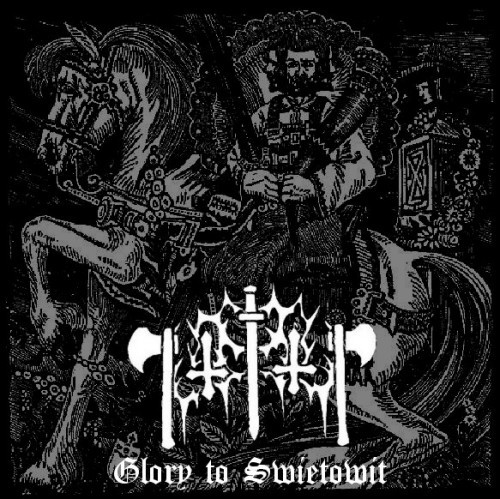 Swietowit (alternative spellings include Svetovid and Sventevith among many others) was the Slavic god of war, fertility, and abundance. He had four heads and a white horse that he would ride into bitwa (battle) to slaughter all those who would threaten the Slavic peoples. Bitwa is also the name of a one-man black metal band originally from Poland and now based in Kent, Washington. The music this band plays is an homage to the frontman’s Wendish ancestors. He uses this music as a way to preserve the pre-Christian Slavic gods and traditions.

In stark contrast to most metal being made nowadays, everything about Bitwa’s music is analog. As he puts it, “no quality, no drum programming, no pro tools”. As such, the production is lo-fi and cloudy. Personally, I love this kind of production, as it reminds me of the Blazebirth Hall.

In terms of musicianship, he makes a few mistakes (as is inevitable with one-man bands), but overall, his performance is fantastic. Since it’s all analog, he records the drums using an actual kit. There are occasions where he goes offbeat, but the blast beats are nicely-performed and he throws in a great deal of elaborate fills. The guitars play black metal riffs that are most often found in Eastern Europe, but the tone is more akin to dark death metal bands such as Muknal. In terms of vocals, his rasps sound just like Kaldrad Branislav back in his early days.

I love this little demo. Of course, I’m a sucker for anything that’s lo-fi, but I really, really love this demo. I hope Bitwa makes more music sometime soon. In the meantime, you can find their work on both Bandcamp and Reverb Nation.