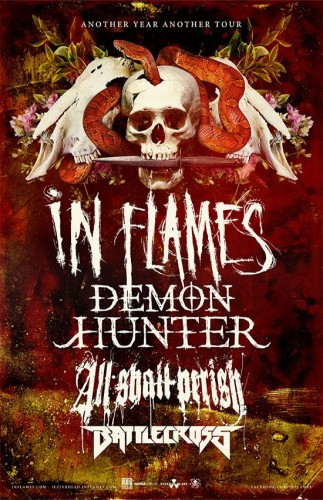 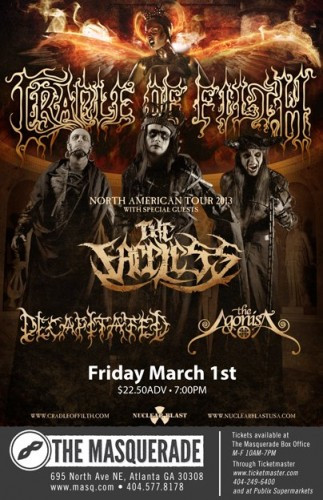 Here are a few items I saw and heard over the last 24 hours that I thought were worth sharing.

Featured above are flyers for two North American tours. In Flames headlines the one on the left (the “Another Year Another Tour”), with support from Demon Hunter, All Shall Perish, and Battlecross. A partial schedule surfaced previously, but yesterday I saw what appears to be the complete calendar for the tour. It begins on February 2 in Ft. Lauderdale, Florida, and ends on March 7 in Norfolk, Virginia.

The closest it comes to the Pacific Northwest is Vancouver, so I doubt I’ll catch this one. Otherwise, I would go. I’ve seen the top three bands multiple times before, but would enjoy seeing them again, and I’d like to see Battlecross for the first time.

The tour on the right hasn’t been officially announced. I caught wind of it when I was updating the NCS “NW Metal Calendar” page and saw that this line-up is scheduled to perform in Seattle on March 12. And then I poked around and saw that other sites have reported other leaked dates, including the one in Atlanta that’s featured in the flyer above.

This line-up is bizarre. The only thing the bands have in common is they all use guitars, bass, drums, and a human voice. The leaked dates for this one plus the In Flames tour schedule are after the jump.

IN FLAMES – DEMON HUNTER – ALL SHALL PERISH — BATTLECROSS

CRADLE OF FILTH – THE FACELESS – DECAPITATED – THE AGONIST 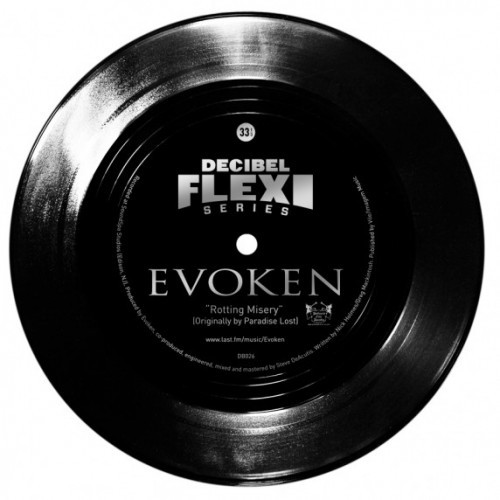 Evoken’s 2012 Profound Lore album Atra Mors has been getting a lot of love on year-end lists I’ve seen, and deservedly so — it’s really good. Yesterday I saw that DECIBEL will be featuring an Evoken cover of a song originally recorded by Paradise Lost  (“Rotting Misery”) as the latest entrant in its Flexi Disc series. The single will be included with the magazine’s landmark 100th issue (the cover date will be February 2013) and can be ordered here.

I’ve been following this Greek black metal band since being transfixed in January by the cover art (created by Greek artist Rea Pediaditaki) for their Magic Chaos Psychedelia album, which was then planned for release by Pulverised Records. In March, we alerted you to an amazing song from the album called “Inner Psy-Trip”, and since then we’ve been  . . . waiting . . . and waiting . . . for more.

At long last, Pulverised has set release dates for the album: January 28 in Europe and February 19 in North America. At long last, we have the album in our grubby claws, and a review is forthcoming. But the point of this mention is that Pulverised has now released another song from the album for streaming.

The song is “Black Holes, Death Planets”. It rips hell from the outset in a whirlwind of roaring guitars and thrashing drums. The rhythmic dynamics are cool, the harrowing vocals are cool, the rumbling drum break near the end is cool, the caustic melody is cool, everything is . . . cool.