If there is a band who are showing us that deathcore isn’t down and out for the count yet, it’s Infant Annihilator.  Many of us metal heads make endless fun of this style, but a few bands out there are the reason this style became a thing: Despised Icon, The Red Chord (who by the way are releasing a new album sometime in 2013), Animosity — bands who mixed the technicality and brutality of death metal yet also brought the grit and beatdown groove of hardcore into it.

On paper this is a style that should have been more consistently badass than it has been. Unfortunately, it has become a cesspool of inept musicians who are more consumed by the laughable bro-centric culture the style has produced than anything.

But Infant Annihilator are no bros.  Infant Annihilator are a Vatican-atomizing weapon of immense weight, power, and devastation that leaves no stone unturned in their first official dosage of sonic retribution, The Palpable Leprosy Of Pollution.  Not many bands are able to put out an explosive cask of pure badassery this concise, this jarring, and this fury-born. 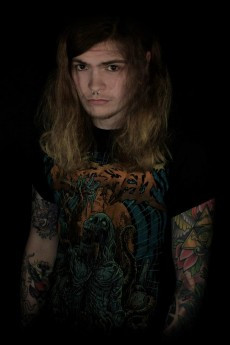 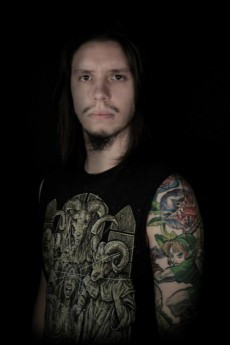 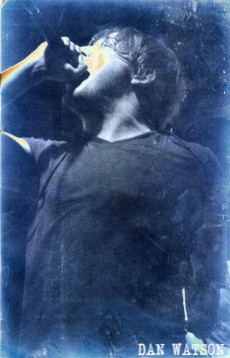 The music is a torrential explosion of technical mind-melting riffs, breakdowns, slams, and moments of just pure noise overload insanity, thanks to the insane sense of interplay and cooperation between drummer/earthquake-starter Aaron Kitcher and guitarist Eddie Pickard, as well as Pickard’s knack for writing guitar lines that are nothing short of putrid, inhumane, and grotesque.

Musically, nothing is spared on this album in the band’s effort to confuse, disorient, and just outright fucking kill you.  It’s so consistently brutal, so consistently visceral, and so unrelenting in its quest to beat the ever-loving fuck out of you, your soul, and your hypothetical non-existence.

I usually at least attempt a song-by-song appraisal of an album, but I’m just not gonna do it this time.  There is no good way to sum up this album or its individual songs.  One must listen to this boiling pungent black cauldron of br00tz to truly understand.

I mean, most of these songs have their own thing that sets them apart — a certain mood in their riffs, a certain feel the song comes back around to or works around, like the album’s intro and opener “New Born Porn/Infant Annihilator”.  It’s rather odd to open an album with a hulking trudging beatdown like this, but it works really well, especially when it’s followed by a song as flesh-ripping as “Devotion to the Child Rape Syndicate”. “Anal Prolapse Suffocation” is another fine example of the band mixing their slam-based groove with their inhuman speeds and is a pretty good display of Aaron Kitcher’s on-kit insanity.

I’m pretty sure this will be my shortest review for an album I am in love with this year.  But I think the proper thing to do is just leave you with the stream and let you share your thoughts below.  This band has reset the bar for deathcore, and any band who tries to step up to the plate is going to have to deliver a fuck-ton of weapons payload in brutality to even have a chance at being considered relevant.

25 Responses to “INFANT ANNIHILATOR: “THE PALPABLE LEPROSY OF POLLUTION””