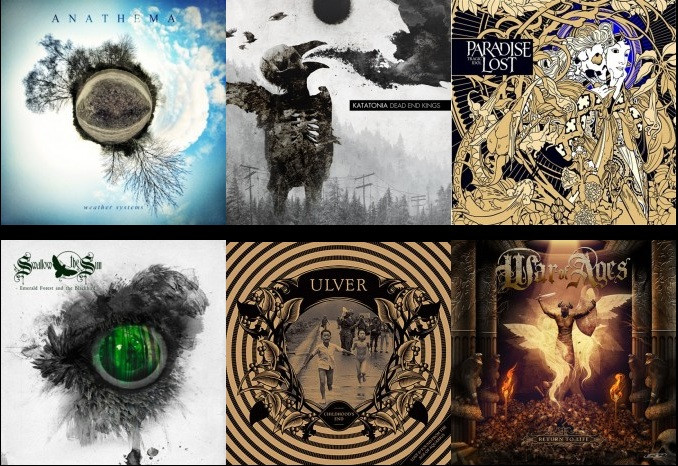 (In this third of NCS writer Andy Synn’s week-long series of year-end lists, he identifies a group of 2012 albums that were disappointments. To see his lists of the “Great” and the “Good”, go here and here.)

Well this is always the hardest one to write. You know we don’t like to be negative here at NCS. We rarely post about albums/bands we don’t like, and we always try to be constructive with any criticisms we do have.

But this is part of the yearly round-up, and it’s an acknowledgement that certain albums… just weren’t that good. Not terrible, just not meriting a description as ’Good’ without an unspoken “but…”

Now, to set the record straight, none of these albums is ‘Bad’. They’re just lacking something. Since there’s only a few this year (some previous ‘Disappointing’ bands have actually dropped so far in my estimation that there’s no longer even any point in pretending that they’ve let anyone down), I’ve gone into a little bit of detail about each. Not much, but enough to give you a sense of why they’re on THIS list, and not the ‘Good’ list.

Again – these aren’t ‘Bad’ albums. ‘Bad’ albums wouldn’t even get a mention. These are albums that were objectively (or as objectively as I can assess them) a disappointment. So try and keep the flaming comments to a minimum, eh? 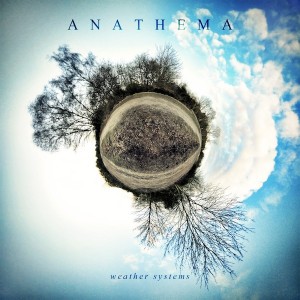 I’m not sure where exactly to start with this one. I hope we can all agree that We’re Here Because We’re Here was an almost flawless album of gleamingly melodic, highly emotive prog-rock, but the follow-up… is just more of the same. Only not as good. It’s like an alternate-universe version of the exact same album, where things were just ever so slightly different, so that the album didn’t turn out quite as well. Some songs are absolutely stellar, but they’re very much in the minority. Overall I’m not even sure what’s missing, the band obviously have the same passion and emotional connection… the music just misses the mark. 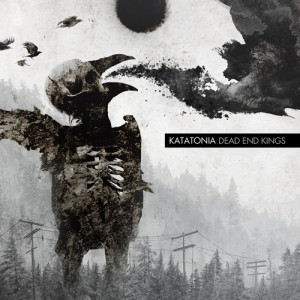 Probably the most painful entry on the list, the new Katatonia album really sees the band treading water with their ‘new’ sound. Both the previous two records were phenomenal and creative (though both had their detractors), but Dead End Kings is just a pale imitation by comparison. It follows the same pattern, hits the same beats, but without having anywhere near the same impact or effect. The ratio of killer to filler is also vastly tipped toward the negative side, meaning the album feels more like an EP’s worth of good songs, with a large helping of average material tacked on. 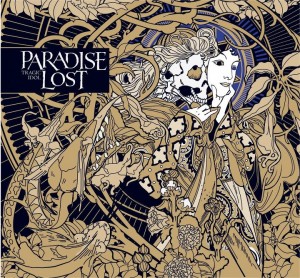 Similar to the above situation, the ‘new era’ of Paradise Lost has now given us two extremely great albums (In Requiem and Faith Divides Us, Death Unites Us) and one rather boring listen. Overall, Tragic Idol adds very little to the band’s discography, altering the now-familiar formula very little, and featuring an over-reliance on repetition and overly-simplistic vocals/melodies. Again, some songs just ‘click’, the various elements finally coalescing into a resemblance of the band at their best, but they are overshadowed by an album’s worth of very safe, very stock compositions. 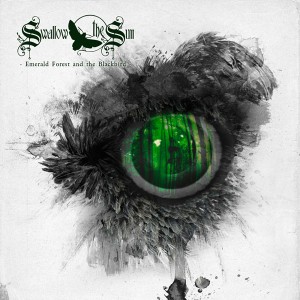 Swallow The Sun – Emerald Forest and the Black Bird

You know when I said Katatonia would be the most painful entry? I lied. This one hurts more. Because I’d almost put it down as a bad album. Certainly a boring one anyway. There are occasional moments of brilliance, which stand out even more due to the underwhelming nature of the majority of the material, but overall it’s an almost painfully forgettable experience. Even some of the strongest hooks on the record are a shallow reflection of previous albums. The cruel irony is that the most familiar elements strike the ear as simply an imitation of past glories, while the attempts at integrating something new simply don’t land correctly. 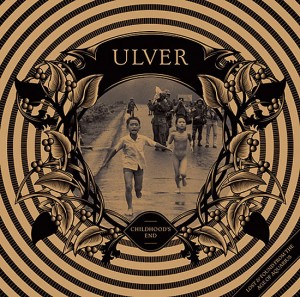 Unlike the other records, this is something of an oddity, being a covers album comprised only of covers of 60’s psychedelia songs. Its main problem is that it’s very much an over-long album (minor in some ways, yes, but accentuated by…), the second problem being that the ordering/presentation of the tracks is very samey, making the record drag even more. And finally… Ulver haven’t really done all that much with a lot of them. They’re very faithful re-workings, which begs the question of what the point of the record is? There are a couple of great tracks on here, but that’s a combination of Ulver’s general talents (which don’t seem particularly stretched by any means) and the strength of the original material.

In sum, it seems like a missed opportunity to do something a bit more special, and strikes me as a bit of an unnecessary vanity project. 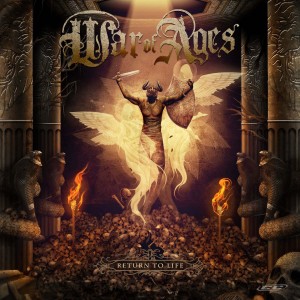 War of Ages – Return To Life

I’m sure many of you don’t care for this band (or this genre) at all, but I have always had a soft-spot for them, and have always thought they had something to offer, musically and objectively. Out of most of today’s metalcore crop I always felt that on top of all the shredilicious guitar work WoA had some legitimate hardcore meat on their bones, a strong core of integrity, and a streak of stubbornness which meant that despite their digressions into clean vocals and the occasional staggered break-down, the group wrote for themselves first and foremost. And that’s not a feeling I get from Return To Life.

It feels like an album hamstrung by compromise, its potential stymied by a steady drift toward a satisfying, but ultimately safe, overall sound. I really thought that WoA would be able to avoid the slump into mediocrity that has afflicted many of their peers, that simply by sticking to their guns they’d be able to differentiate themselves from the pack. But they haven’t done that, which is ultimately a real disappointment.

55 Responses to “A YEAR IN REVIEW(S): THE DISAPPOINTING ALBUMS”