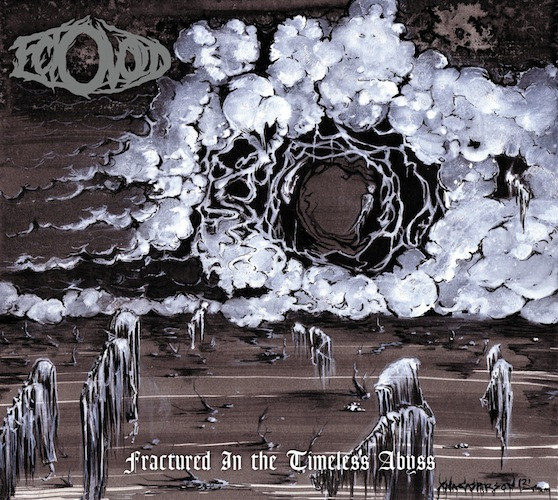 We’re coming into the final days of 2012 and that means only one thing… It’s time for everyone who listens to heavy metal to voice their opinions on which albums they liked best this year. Now, I don’t know about the rest of you, but I rarely find a list that I actually agree with. That doesn’t matter though, everyone knows the real fun comes in seeing where (or if) other people rank your favorites, and possibly finding some new bands that you may have previously skipped.

Putting my list together this year was actually pretty damn hard. I don’t know if I was more aware of the releases that came out or if this was just a particularly heavy year for new albums, but the sheer amount of new music I found this year was overwhelming. Normally I try to get my “Best Of” list down to about 15 albums, but this year I’ve decided to go with an even 20. Anything less, and I’d have to cut some really top-notch albums (hell, I’ve already had to cut some top-notch albums).

As usual, my tastes tend to run more toward the darker and dirtier sides of extreme metal so if that’s not your thing all I can say is…

…what the hell’s wrong with you?

To everyone else, in nor particular order, here’s my Top 20 albums of the year….Enjoy the music \m/ 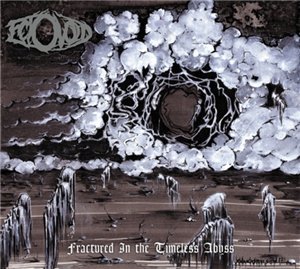 1)    Ectovoid – Fractured In The Timeless Abyss

After self-releasing a solid three-song demo last year, Alabaman blackened death metalers Ectovoid are back with their first full-length. Mixing dense riffs with a dark and heavy atmosphere, the band wear their Incantation influence on their sleeve. Through repeated listens, the black metal elements start to become more noticeable, and while they aren’t uniform throughout the album, it’s subtle details like this that make the album stand out. 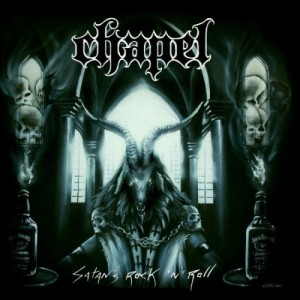 This was one of those albums I’ve been anticipating for a while…ever since a friend turned me on to their 2008 demo. Fortunately, it turned out every bit as good as I’d hoped. Chapel are a blackened speed-metal band who hit all the important elements ….meaning they write kick-ass, blasphemous grooves about Satan and alcohol. No, they’re not doing anything we haven’t heard before, but when the music starts playing its hard to stop yourself from headbanging to this album. 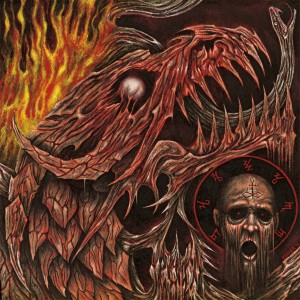 Pseudogod have been kicking around the metal underground for a few years now, and that time has been put to good use. Deathwomb Catechesis is a pulverizing whirlwind of killer riffs layered on top of a thick and heavy production. There’s very little subtlety in this album, and my best recomendation would be to hold on and hope you come out of the other side in one piece. 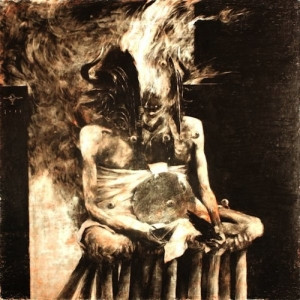 4)    Wrathprayer – The Sun of Moloch: The Sublimation of Sulphur’s Essence Which Spawned Death and Life

For anyone who loves war metal, this may have arguably been the most anticipated album of the year. It seemed to take forever for this album to finally drop, but it definitely lived up to the hype. Fans of melodic or symphonic styles would probably do well to avoid this band, because this is 40 minutes of raw, unrefined blackened death at its best. 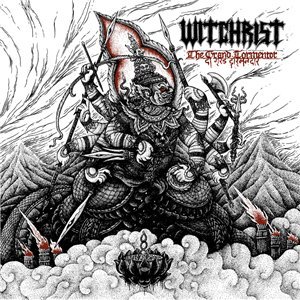 The first thing you’ll notice about Witchrist’s sophmore effort is that it’s definitely a slower, more straightforward album than Beheaded Ourobouros. This, by no means, makes the album any less devastating. The music has a heavy, almost ponderous feel to it..speed is not its primary attribute. That  doesn’t mean it can’t go though, and when it does it roars hard. 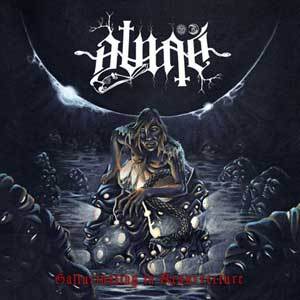 I’m sure there’s a good chunk of you out there who have probably had your fill of old school death metal, but skipping Binah’s debut album would be a mistake. While their sound is very much traditional death metal, they manage to put a spin on it that’s purely unique. With incredibly heavy riffing and and haunting melodies, they’ve created an album any fan of death metal should check out. 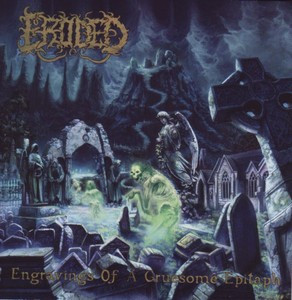 7)    Eroded – Engravings Of A Gruesome Epitaph

Eroded are an Italian death metal band who worship firmly at the altar of Entombed…and that’s all that really needs to be said. They’re not doing anything that’s going to change people’s minds, but it’s the skill and ferocity with which they attack this style that sets this album ahead of the pack. 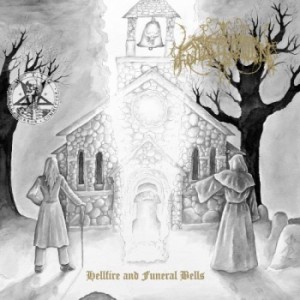 It’s been four years since we last saw this blackend doom act from Norway, and Hellfire and Funeral Bells is the perfect example of what can happen when a band take their time to craft an album. Creating an atmosphere usually found only in the best horror stories, there’s a strong element of classic doom being layered under the more extreme styles of metal on this album. Faustcoven don’t do bad albums, but this may well be the best one to date. 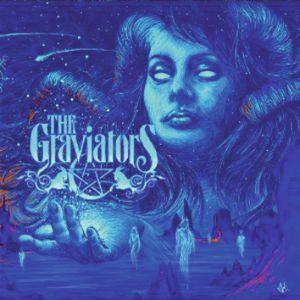 I was completely unfamilier with this band, so this was absolutely a blind luck discovery for me. The Graviators are another band in the long line of fuzzed-out stoner doom, and while they may seem very familer, they’re quite adept at sounding fresh. With some cool rythmic variations, the music may not be new, but it brings some excitement to an oversaturated genre 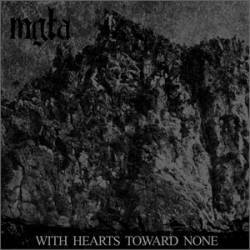 10) Mgla – With Hearts Toward None

Even though this was released very early in 2012, it may still be the best black metal album to come out this year. With Hearts Toward None is raw black metal at its core, but it’s loaded with melodies and undeniable groove. Mgla has really come into their own with this album and fans of black metal would do well to get ahold of it

Always known for their crushingly heavy and evil sound, the band moved away from the muddier production of previous albums into a slightly cleaner sound. This may make the album a bit more accessible, but doesn’t lessen the menace of those hammering doom-infused riffs. Considering the large number of death metal bands that have been taking inspirtation from them, it only made sense for Incantation to finally return and claim their unholy crown. 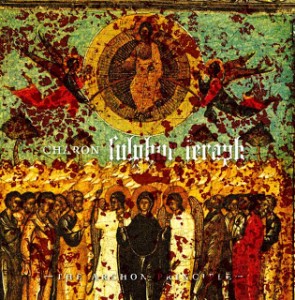 There’s no doubt in my mind that this was the first great album of 2012. This album has a heavy death metal base, but there’s a large amount of thrashy blackened darkness added to the mix. A devastating album from start to finish, this one is the complete package 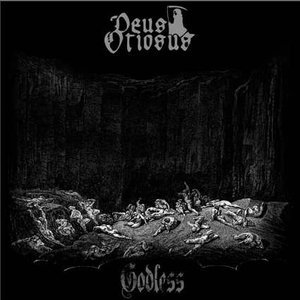 Danish death metal band Deus Otiosus avoids the pitfalls of the other retro bands by drawing on the some of the earliest incarnations of death metal. Adding extremely thrashy riffs to their death metal brutality, they’ve created a ferocious blast of 80’s death/thrash that explores the very roots of the genre. 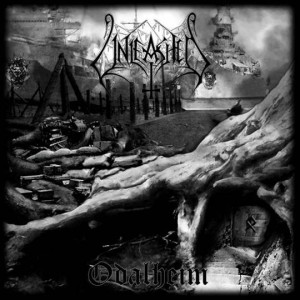 Like any number of death metal bands who have stood the test of time, Unleashed have always been extrememly consistant. Despite this consistancy, they’ve never quite matched their amazing debut…until now. The band’s twenty plus years of experience have culminated in a album filled with frenzied riffs, cold melodies and blistering drum beats. I’ve always liked Unleashed, but with this album, they’ve shown why they’re still legends in the death metal world. 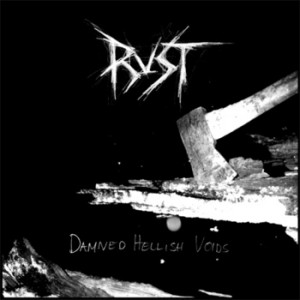 Coming from the land of all things awesome. Rust is a two piece blackened thrash band from Sweden. This is raw black metal, but the riffs are rooted firmly in the great thrash bands of yester-year. Theres a sloppy, punk-like drive to the music that should appeal to fans of simplistic, but effective metal. 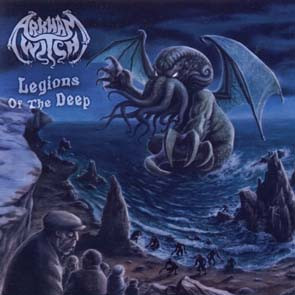 16) Arkham Witch – Legions Of The Deep

With Lamp of Thoth currently on hold, the remaining members decided to take their old school doom sound and combine it with some traditional 80’s metal. The result was 2011’s On Croms Mountain, a very cool album based on the writings of R.E Howard. This year they’re back, and using H.P. Lovecraft as their inspiration, they’ve improved in every way. Producing an incredibly entertaining and varied album, Arkham Witch do a great job of catching the sounds of early heavy metal….It may well have the coolest artwork of any of my picks as well. 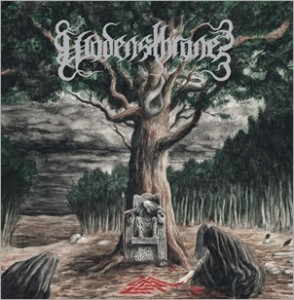 While Curse is a direct continuation of 2009s Loss, Wodensthrone’s sound shows definite sense maturation. The music is every bit as beautiful as its ever been, but theres a feeling of aggression that wasnt there before…a feeling that only adds to the atmosphere theyre so great at creating. Wodensthrone have definitely put their mark on this style of black metal. 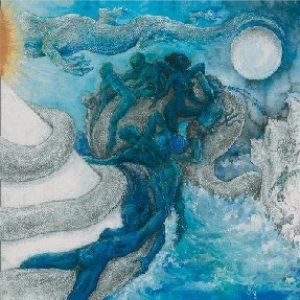 18) Rahu – The Quest for the Vajra of Shadows

While Finland’s black metal scene has never been as well known as its Nordic neighbor, they have consistantly produced some of the best music in the genre. Yet another project from Atvar (best known for his Circle of Ouroborus work), this is primal black metal with some suprisngly melodic leads, and even though the production is fuzzy, every instrument is discernible. Rahu is just another example of how impressive Finnish black metal really is.

I’ll admit, I didn’t initially believe the buzz on this one. Country music and black metal seemed way too weird to ever work. Ive got to say..I was way wrong. Somehow they’ve managed to find a way to smoothly fuse these differet styles into one seamless blend of atmospheric black and country…with a bit of drone thrown in for good measure. This was one time where the hype was justified. 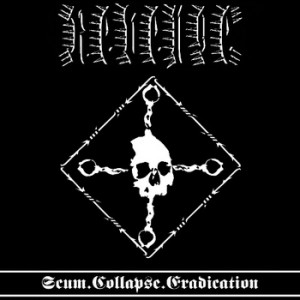 One of the hardest hitting war metal bands around, people either love Revenge or hate them. Scum continues their tradition of sheer aural assault with grinding guitars and hammering blast beats, not allowing a single moment to catch your breath. Revenge isn’t for everyone, but there are few bands who can match their energy and ferocity.

Derketa – In Death We Meet

Bands whose full-lengths I wish I’d heard in time: