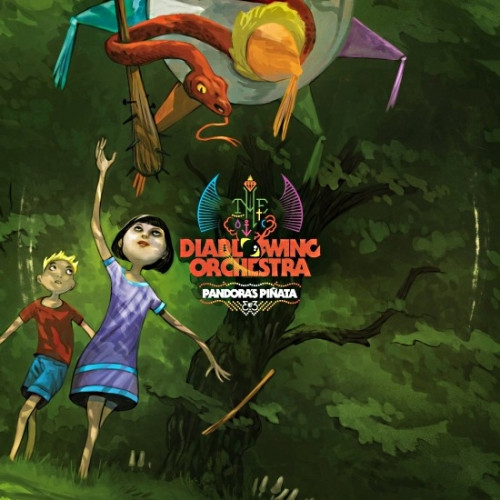 (I successfully prevailed upon Ben C, the proprietor of the immensely entertaining Church of the Riff, to share with us his year-end list of 2012’s best albums.)

I hadn’t really intended on making a year-end list, as just the thought of sifting through the heaps of good music released this year was making me feel like taking a nap. However, once I was horribly mutilated – I mean, graciously asked – by Islander, I hiked up my underoos and set to work.

I should probably warn you now that these aren’t strictly metal albums but instead run the gamut of metal’s extended family, from sleazy skate rock to energetic pop-sludge. The majority of the ten albums I’ve picked will hopefully be new to your ears, as only two of them have been featured here on NCS. So without any more jibber-jabber, let’s get to the music shall we? 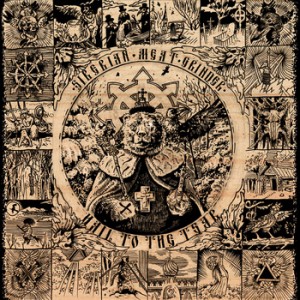 One of the many releases that caught me off guard this year, Hail to the Tsar is an absolutely skin-blistering collection of neo-thrash, hardcore, and punk. Yet another wonderful Russian musical hybrid, it’s six tracks of gang shouts, flaming fretboards and some classic guitar noodling. Extra points go to the bonus track which had me grinning from ear to ear due to the sheer awesome factor. 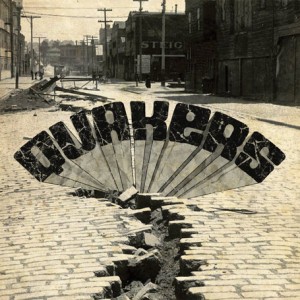 Yup, I’m including a hip-hop album. Why? Because I can, obviously. But seriously. This 41 track compilation is packed to the gills with slick beats and even slicker lyrics. Clever rhymes and smooth flows are what hold the spotlight on the 35 donating artists. This isn’t the bloated and unwieldy gunk you get on your radio; this is lean, mean, and ready to take some names. Give it a chance and who knows? You might even like it. 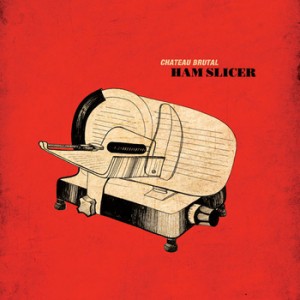 A bright and colourful garage punk exterior hides the deranged and psychotic core of this French duo’s newest release. Aggressive amounts of fuzz are whipped up into sonic crescendos about anything from pinball to golden showers. Ham Slicer is crude, psychotic, and unapologetic, like a hyped up homeless man waving at you with his penis from across the street. 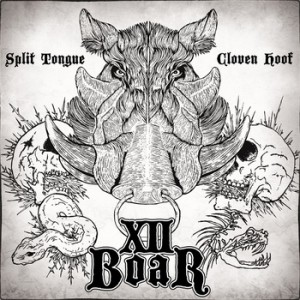 GroverXIII is responsible for turning me onto this potent combination of stoner and biker rock. Sauntering between high-voltage anthems like “Smokin’ Bones” to the darker crawls on “Triclops”, the four track EP is packed with memorable riffs and dive bar grooves. XII Boar has gored themselves plenty of breathing room in what has quickly become an overcrowded genre. 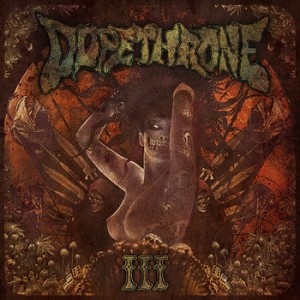 Dopethrone have quickly become my go-to band for explaining sludge to the uninitiated and III is no exception. Sticky obsidian monoliths of fuzz storm their way through your ears, not so much forcing you into submission as leveling you into a pile of incoherent mush. They seem to have distilled all the classic elements of sludge, from the B-movie samples to the never-ending riffs. Listen loud and burn heavy. 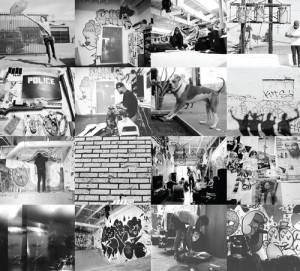 The newest release from these NYC shit-disturbers is everything I look for in a hardcore album. Grizzly riffs so thick they cause blunt force trauma, bile-spitting vocals that can melt concrete, and the kind of primal groove that fuels mosh pits and burns down houses. Highlights include “Blossom and Burn” which features some Odd Future cameos and shows that hip-hop and hardcore go together like a baseball bat and razor blades. 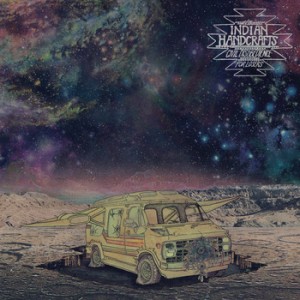 Aided by the guiding hands of the Melvins and their producer, Indian Handcrafts have cranked out a kaleidoscopic collection of frantic pop-sludge riffage. Downtuned guitars jangle their way through your eardrums backed by some truly Tasmanian drumming and topped off by amphetamine-fueled vocal harmonies. You won’t get bored, that much is for sure. 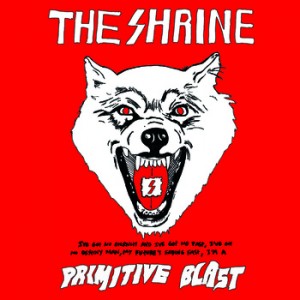 The Shrine caters to exactly the style of rock ‘n’ roll I love, dirty, greasy, ragged around the edges, and burly as hell. This album is the dirty bastard lovechild of everything from early Black Flag to Motorhead, raised in a back alley and nursed on cheap beer, bong hits, and skate sessions. Headbang, thrash, tear shit down, rinse, repeat. 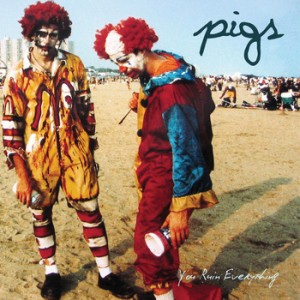 2. Pigs – You Ruin Everything

The debut release from this group of noise rock alumni (Unsane, Freshkills, Converge) is more than up to the caliber of its creators. Rumbling basslines, frantic guitar work, and some absolutely beastly drumming create some truly bleak melodies but are also what make this album so damn enthralling. This is exactly what hardcore should grow up to be, a grizzled, scarred and intelligent version of its mosh-pit past. 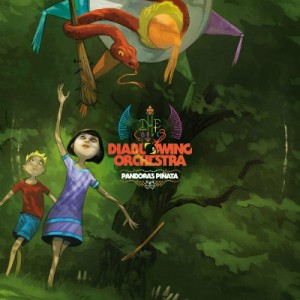 While I loved all of the albums on the list so far, none of them had the same effect on me that Pandora’s Piñata did. This album absolutely fucking floored me with its mouth-watering combinations of orchestral wizardry, hammering guitar work, soaring operatic solos, and an unshakeable sense of direction. All of this is pulled off with absolute perfection, not only sticking the landing but taking the time for some pyrotechnics as well. This was by far one of the most impressive and original things I heard this year.

There you go folks; that’s it, that’s all. For now at least.