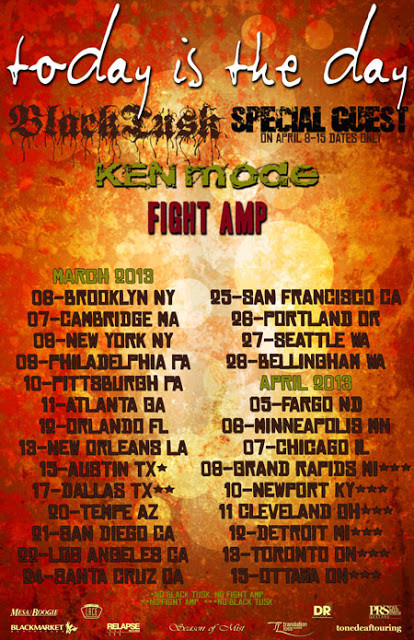 Yesterday another new tour was announced. This one will be headlined by Today Is the Day (who will celebrate their 20th anniversary in 2013) with support from KEN Mode (Canada) and Fight Amp (U.S.), and with Black Tusk (U.S.) making appearances on select dates. When Black Tusk departs the tour in April, they will be replaced by another band whose identity has not yet been revealed. All these motherfuckers hit very hard, and seeing them all together should be an epic beatdown.

You’ll be thrilled to know that the tour will be stopping in Seattle. Dates: 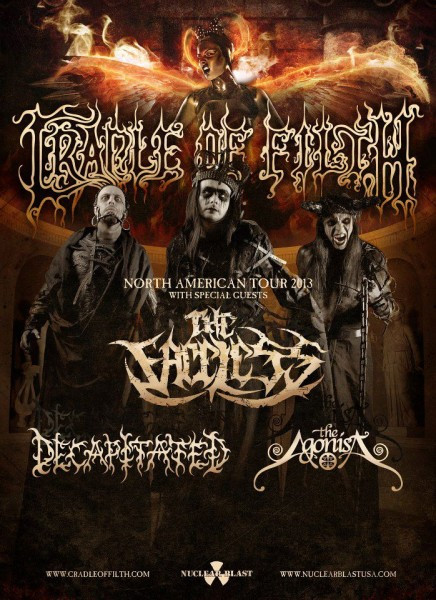 About a week ago we reported leakage of news about a North American tour headlined by Cradle of Filth (UK) with support from The Faceless (US), Decapitated (Poland), and The Agonist (Canada). Now, the tour has been “officially” announced and the schedule has been unveiled.

Speaking for myself, the lure of Decapitated and The Faceless is enough reason to show up, and I’d like to see The Agonist as well. I am mildly curious (but only mildly) to see Cradle of Filth despite the fact that I don’t listen to their recordings. I’m sure I’ll stay for a song or two and see where that goes.

And yes, you’ll be ecstatic to know that the tour stops in Seattle.

One Response to “TOURISM: MARDUK, TODAY IS THE DAY, AND CRADLE OF FILTH”