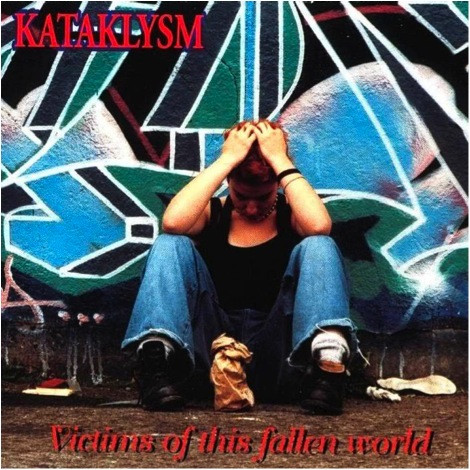 (TheMadIsraeli continues his reconsideration of the music of Kataklysm. To see what this is all about, check out his introduction to the series here.)

I can just imagine what it must have been like for a fan of Kataklysm to buy this album upon its release in 1998. Because of the more limited channels for disseminating information (compared to now), people who weren’t local and in touch with the band probably didn’t know that vocalist Sylvain Houde wasn’t in Kataklysm anymore, and didn’t know that with the exception of Iacano and Dagenais, the lineup was completely new. They probably weren’t prepared for this album.

You start the first track “As the World Burns” and a resounding “what in the fuck?” permeates every fiber of your being. It’s a melodic death metal riff. One of the most insane, feral death metal bands from the Great White North begins their opening song with a mid-paced melodic death metal riff that you would have heard a million times already, if you had caught wind of anything from Sweden in the 90’s.

I mean, the riff is good, really good actually. It’s got a triumphant marching-into-battle feel and a memorable progression, but still, this probably wasn’t what you bought this album to hear.

I think these guys realized that with the loss of Houde, who you almost could write the music around, they were not going to be able to play the same style of music. Iacano’s very Glenn Benton-esque approach to vocals had power, but not the same sense of padded-room mind-fuckery that Houde had. What you witness on this album, as a consequence, is rather an extremely rare instance in which an identity crisis manifests itself into varied good music with almost no song-to-song consistency.

I’m pretty sure these guys just looked at everything around them and took extensive notes, because the number of obvious influences on here are almost too many. It’s a smattering of the styles of Napalm Death, Carcass, At the Gates, Amon Amarth, Obituary, Grave, maybe even a bit of Pantera, and a lot of old school Swedish death metal. This of course means that absolutely nothing in terms of musical approach on this album was original in the slightest; there isn’t anything that comes close to plagiarism, but it’s the stylistic attack that gives it all away.

I like this album almost as much as Temple Of Knowledge, but for different reasons. The songs are extremely varied, and the melodeath elements are wonderful, on top of this album being full of tons of jolting groove. Maybe my opinion of this band will end up changing in the long run.

What do you guys think? Is this the downfall of the band or are they still trucking on pretty well at this point?

5 Responses to “KATAKLYSM: “VICTIMS OF THIS FALLEN WORLD””