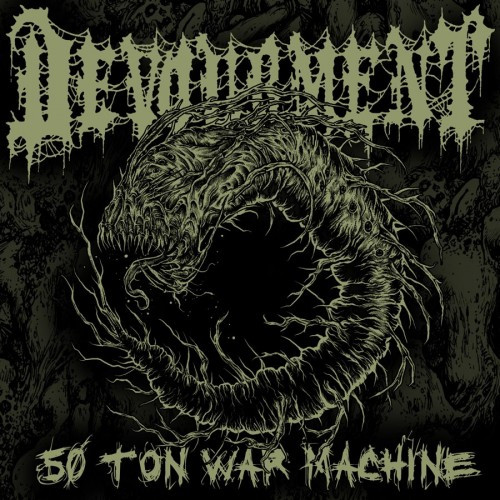 I’ve been preoccupied by my day job the last couple of days, and unfortunately for me, this distracting state of affairs will continue all the way through the coming week and into the next weekend. I’m afraid this means that things are likely to slow down here at NCS. I will do my best to prepare at least one new thing each day, just to preserve my own sanity, but much more than that will be unlikely.

Before things really get nasty, I thought I’d make a quick survey of what I missed in the world of metal over the last 48 hours. I found the following three items of interest.

As we reported last month, these Texas-based grand-daddies of slam have recorded a new album. Entitled Conceived In Sewage, it’s scheduled for release by Relapse on February 19 in North America (and somewhat later dates in the rest of the world). We only had teaser excerpts available at the time of our last post, but Devourment have now released an entire song — “Fifty Ton War Machine” — and have made it available as a single at places like iTunes. As you can see, the artwork for the single is badass.

Devourment have also released a lyric video for the song. First, a word about the music: It’s ugly.

A few more words: It’s a choking haze of grinding atonal guitars and rattling snare drums, with the expected slamming slow-down. Also as expected, the vocals are strangulated frog croaks, though unexpectedly the frog breaks free here and there and howls and growls a bit. I headbanged.

And now a few words about the lyric video: It’s essentially a slightly animated version of the album cover, and if you remember the album cover from our earlier post, then you’ll know it’s not something you want your mommy or your employer to see over your shoulder. 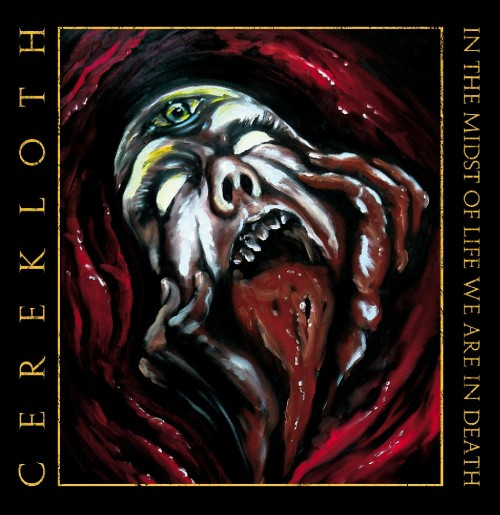 Cerekloth are a part-Danish, part-Swedish band whose debut album In the Midst of Life We Are In Death is scheduled for release by Hells Headbangers on April 16. Yesterday, Hells Headbangers unveiled a Bandcamp page for the album that includes a stream of one song, “Born of the Void”. It really cored out my skull.

Shrouded in murk and dripping in blood, this is a horrific beast of malevolent death metal goodness. The guitar tone is something unearthed from subterranean burial grounds, and the vocals are downright subterranean, too. But despite it’s thoroughly gruesome and malignant aura, the song has an immense groove and a catchy melody. When it ended, my first reaction was to play it again.

This is a really auspicious teaser for the new album, the first gut-churning death metal of 2013 to really grab hold of my throat. Let me know what you think: 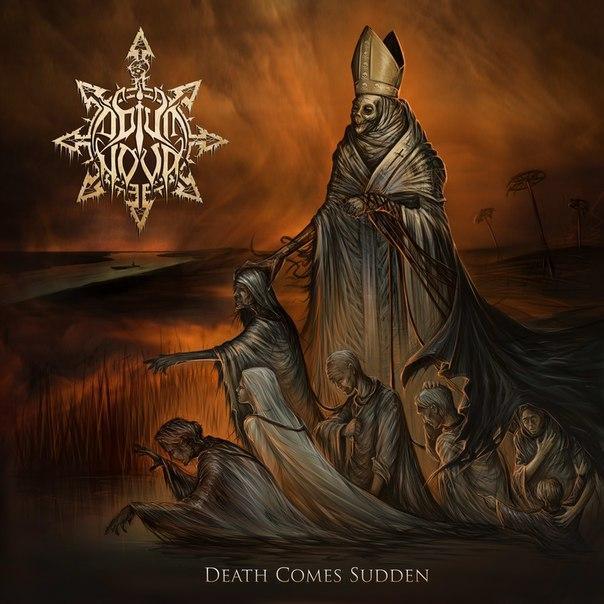 Odium Nova are based in Moscow. They’ve recorded a debut album named Death Comes Sudden that’s due for release soon by Grailight Productions. Two things about the album caught my attention. The first was the cover art by Alexandr Tartsus, which is quite cool. And the second is the fact that the album was recorded, mixed, and mastered at Arsafes Records by Arsafes, who’s the main man behind NCS favorites Kartikeya. And on top of that, Arsafes also appears as a guest guitar soloist.

That was enough to send me off in search of music, and what I found was a track from the album that just went up for streaming on YouTube last week. The name of the song made me smile: “Why All This Melancholy?” And then my smile grew even wider when I listened to the song and watched the video. The video features more Alexandr Tartsus artwork from the album booklet. It would be worth seeing even if you couldn’t get the sound to work.

The song is out of the ordinary, too. Echoing, otherworldly guitar leads/solos spin out a memorable melody, soaring and shimmering like an aurora borealis above heavy chugging that rumbles beneath. There are some nice touches of acoustic guitar, and the song as a whole has an almost symphonic quality despite the absence of orchestration. The vocals are a duet of death metal growls and banshee shrieks that grew on me as I listened to the song a second and third time.

This is an intriguing introduction to Death Comes Sudden, which will consist of two CDs of music. Check out the new video below, and visit Odium Nova’s Bandcamp page to hear three more singles, which I presume will be included on the album.