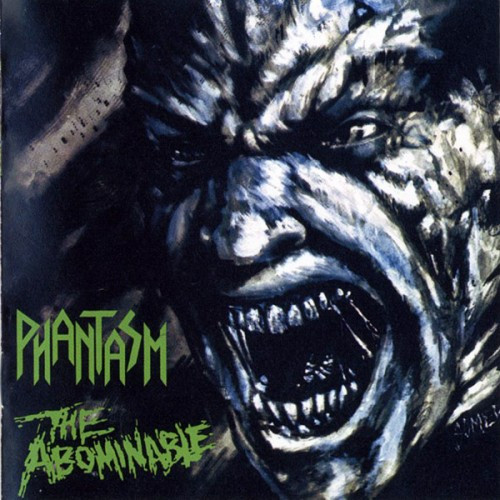 (In all honesty, I was 11 years old in 1993 and got into tape trading about 3 years later – what a poser!). In the (German-translated) words of Mangled Torsos, let’s “hold on the past”… 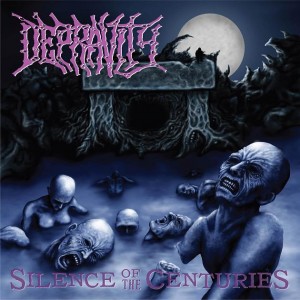 One of the unsung heroes of early Finnish Death Metal, who never attained even the sparse “cult” status of countrymen such as Demilich, Demigod, or Adramelech, Depravity was very depressive and atmospheric, with a sound that at times seems as much influenced by early Swedish Death Metal as it was by the Scandinavian Black Metal that was going on at the time. The trademark Finnish “melancholy” is there, as are the low, cryptic-sounding vocals – this is definitely music that sounds distant and cold.

At times it brings to mind old Dismember and Grave, but darker and more desolate – like a grayscale negative of said bands. This album takes you on a bleak ascent to the top of a frosty mountain and leaves you to freeze in the dark. Epic, hopeless Death Metal from a forgotten era. Fun fact: One member of Depravity is now in the Finnish Folk Metal sensation, Korpiklaani! 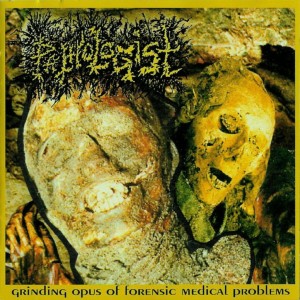 Back when Dan Olivencia and I were in Biolich, we used to take the train to NYC, get sandwiches, and hit up all sorts of record stores and video places. I got a copy of this classic Czech goregrind album, used, in the basement of Generation Records (Manhattan) on one such outing.

Obviously taking a cue from Carcass and General Surgery, Pathologist provided their own take on pathological Goregrind with a simple finesse that obviously influenced the Czech goregrind boom of the late nineties. People might have written these guys off as a Carcass “clone” band when this came out, but I say these guys took creepy, clinical goregrind in their own direction.

The vocals are guttural and slurpy – alternating between a croaky,  wet gurgle growl and a soupy pitch shifted voice, the  leads are creepy and cadaverish (I don’t know how, but that sounds appropriate), and there is an overall vibe on the album of sardonic, blasting grindcore with a ghoulish, corpse-worshipping atmosphere. Anyone who enjoys bands like Ghoul, Haemmorhage, and Disgorge (mex), or older Squash Bowels and Malignant Tumour might want to revisit this slab of chunky morgue Metal. 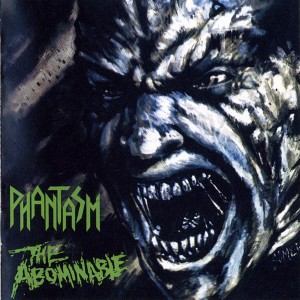 A friend taped this album off “Matt the Mortician” (a local college radio Metal DJ back in the 90s here on Long Island), and it was a local classic, at least for the 3 of us in Huntington Station who appreciated the pounding punk rock beats and wildman demonic exorcism narratives of drummer/vocalist Tony Brandt, accompanied by buzz-saw guitars and oddball forays into horror movie funeral music.

The production is loud, tight, and raw – no protools, no triggers – just stomp and crunch. The songwriting here is inspired – with emphasis more on creating a thoroughly layered, addictively catchy Metal horror show than on stoic showboating technique and technicality. Though actually a collection of earlier releases, The Abominable could pass for a concept album with the atmosphere created by the by the band’s homemade intros, interludes, and samples.

It remains an all-time uniquely catchy head banger that you can’t help but raise the fucking goat skull to every time. Highly recommended and still completely one of a kind after all these years! “The jaws of Satan’s jackals await to feast your fucking soul!” 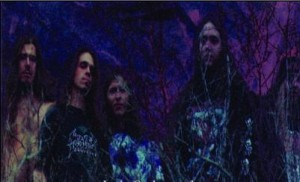 Another lost group that kicked around the underground scene for several years in the 90s, Wicked Innocence left a series of albums that got stranger and more experimental as they went on. After this album they even started using clean singing more and more (ahem), which is ironic, considering the vocals on this album are ridiculously guttural and low for the time period.

In hindsight, Anthropological Infestation was actually kind of a visionary Death Metal album. It basically sounds like a more developed, quirkier version of what bands like Devourment, Disgorge (Cali), and Cenotaph (Turkey) would be doing later in the decade, though the lyrics and imagery reject gore in favor of a more introspective and socially conscious approach. Perhaps that’s why they would alter styles so drastically over time, to better suit their ideas.

Politics and aesthetics aside, this actually reminds me a lot of Mortal Decay, the way it explores “New York style” brutality with a flair for technicality and showmanship. Chunky United Guttural style breakdowns flow seamlessly into shredding leads and fat basslines, all the while the drummer keeps busy, fluttering his signature everywhere.   Each song stands out on its own, a virtue that would be lost by many bands once this style blew up years later.

Again, a raw recording from a bygone era that will show you just how much triggers and ProTools have changed the game. It would be interesting to hear how these guys would have ended up if they had continued with the guttural Death Metal approach as they refined their technicality and craft further.

Speaking of United Guttural… This classic demo by a band who was unfairly stigmatized as a being a Broken Hope rip-off (Broken Hope themselves having been accused of being a Cannibal Corpse rip-off) was just proof that something sick and underground was going on out there in the Midwest.

While everyone was hightailing it to Florida to wax their boards and shred, there were some scary guys who were content to stay home in the snow and keep shit REAL – such as Fleshgrind main man Rich Lipscomb, who would go on to found United Guttural Records and together with bands like Waco Jesus, Lividity, and Deaden, would establish that, just like NY, Florida and Sweden, the Midwest USA had its own scene and style.

This style was characterized by old school underground diehards who pushed the limits of gore, perversion, and misogyny in pounding, primitive Death Metal with guttural vocals. Say what you want about it – this scene caught on in a big way worldwide and had a huge influence on Death Metal as a whole in the years that followed. That’s exactly how I would describe this demo – unapologetically brutal Death Metal.  Just like John Wayne, Levi’s, and Budweiser, what could be more American? The late, great Joe Ptaceck (R.I.P.) of Broken Hope even makes a guest appearance on this classic heirloom of vintage guttural brutality.

6 Responses to “ANNIVERSARY REVIEWS BY WILLIAM SMITH: THE CLASS OF 1993”