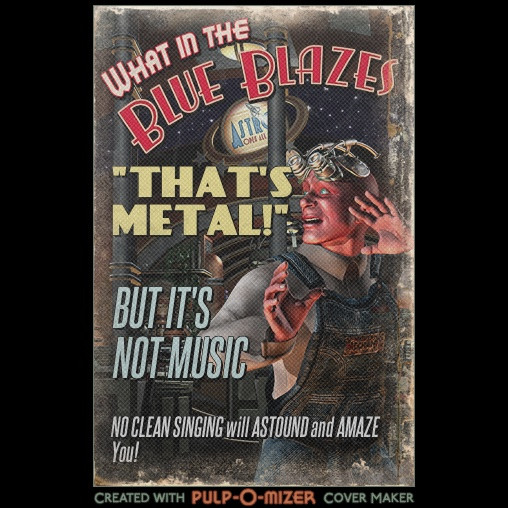 He was filmed while doing this. After scrambling the cube, he studied it for 40 minutes, visualizing and memorizing the steps necessary to solve the puzzle. Then he lowered the blindfold and spent 37 minutes executing the solution. The video is accelerated in the following YouTube clip, so you can see this in 7:39. It is utterly phenomenal. Hughey’s reaction after finishing is priceless. 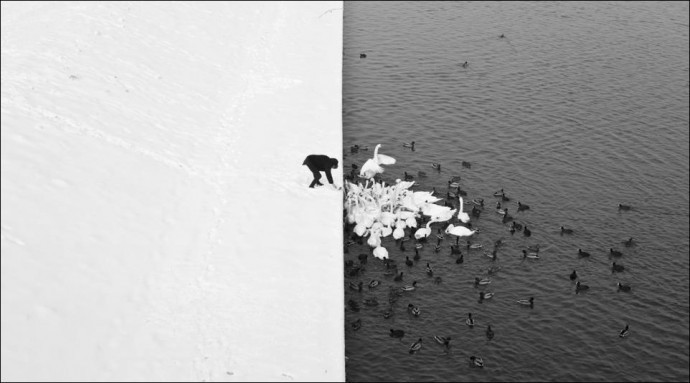 Our next item, which you can see above, is a photo taken in Krakow, Poland, in winter by Marcin Ryczek. Not to take anything away from Mr. Ryczek, who is very talented, but sometimes there’s a lot to be said for being in the right place at the right time and having the sense to take advantage of it.

The photo really isn’t all that much like M.C. Escher’s famous “Sky and Water” woodcut, but it does remind me of it: 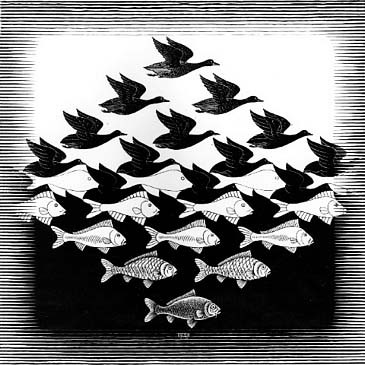 And here’s another photo by Marcin Ryczek, for the hell of it: 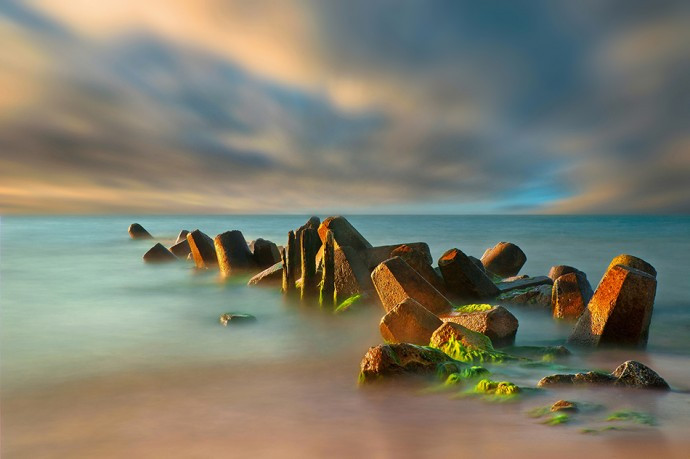 Here in the northern hemisphere, it’s fuckin’ winter. I’m already fuckin’ tired of it, and I live in a place where it almost never fuckin’ snows. We haven’t even had many fuckin’ freezing days. But I’m still way past ready for some fuckin’ sunshine and a bit of fuckin’ warmth in the days. Unfortunately, we’re only at the start of fuckin’ February.

If you can’t beat winter, you might as well laugh at it. There are some nice fuckin’ laughs in the following video, appropriately titled “The People vs Winter”. I’m pretty sure the bus scene was filmed on one of Seattle’s hills a year or two ago. If we eventually get some snow this winter, it will no doubt happen again.

You know, when I get to feeling too bitchy about winter in the Pacific Northwest, I just watch this fuckin’ video.

It was filmed in the fuckin’ Antarctic:

The next video is a guy cleaning a cobra pit. I guess if you do anything often enough, it can come to seem routine, but holy shit.

I pissed myself a little while watching this.

Best comment on the YouTube page: “2:13, I’m pretty sure he doesn’t have pubic hair because hair doesn’t grow on steel.” 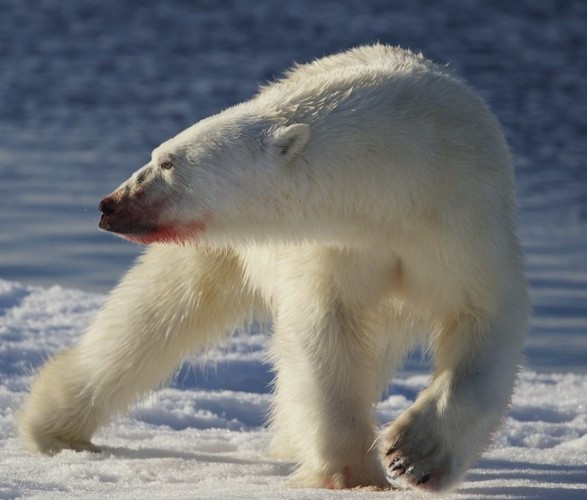 Well, we might as well stay with videos of puny humans in close proximity to lethal critters. Andy Synn sent me a link to this next video. I picked the photo above just as a reminder that as cuddly as these creatures may look, they’ll eat your head if they’re hungry.

The dude inside this cage is filmmaker Gordon Buchanan. This was filmed in the northern-most region of Arctic Norway for Buchanan’s three-part BBC series The Polar Bear Family and Me. This 8-foot, 1,000-pound female bear spent 45 minutes trying to get at Buchanan.

To see still photos from this shoot, go here: http://www.dailymail.co.uk/news/article-2257088/Starving-polar-bear-attacks-BBC-cameraman-pod-Arctic-Norway.html#ixzz2JrjaTWTe

TThe Burj Khalifa in Dubai is the tallest building in the world, at 2,716 feet high. At the New Year’s Eve just past, it became the site of a stupendous fireworks display accompanied by the Prague Philharmonic Orchestra playing on the Burj Steps. Close to a million people watched the display from the street.

I grabbed a link to this, thinking I would have a THAT’S METAL! post on New Year’s Day. That didn’t work out, but I want to use this even though it’s a bit dated — because this is some stunning eye candy.

And yes, I do know that today is Super Bowl Sunday, I just barely give a rat’s ass who wins. However, because I’m still bitter over my Seahawks’ crushing last-second playoff loss to the Falcons, I hope our division rivals the 49ers lose. Because I’m bitter.

In honor of the day, which I’m having trouble caring about, here’s a hysterical Bad Lip Reading take on the NFL which premiered last month.