I could hardly be more stoked for this debut, and “The Lion of Scotland” is an example of why I’m so eager to hear the album. It’s a genuinely soul-stirring song, with a skirling tremolo melody, an epic keyboard overlay, hard-charging rhythms, and passionate harsh vocals. If this doesn’t get your blood racing and your fist pumping, I’ll be surprised. Listen: 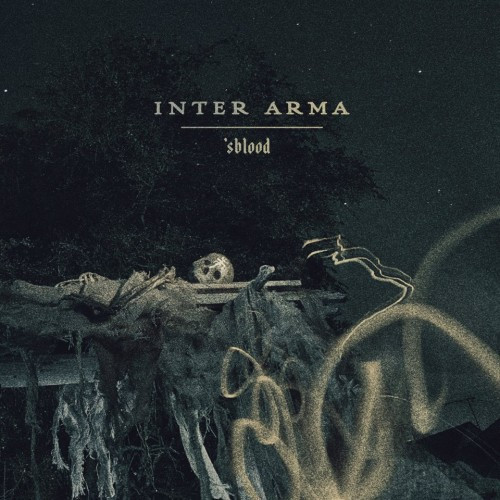 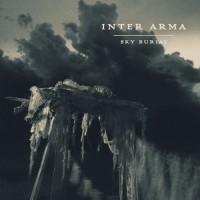 Ever since hearing this Virginia band’s 2012 EP Destroyer (reviewed here), I’ve been looking forward to their Relapse Records debut, Sky Burial, which is now due for release on March 19. Within the last couple of days, the first song began streaming.

“‘sblood” is the name of the song, and holy hell is it a crusher. Honestly, I’d have been pretty happy if all I got was the intro. The drum line is a galvanic charge all by itself, and when the guitars come in . . . it sounds like bridges collapsing. Actually, the drumming pretty much steals the whole show from start to finish. The song is like one long drum solo with channel-shifting electronic noise and jagged riffs along for the ride. The vocals sound like a man being boiled alive in oil.

Fuck, but this is a very sweet song. It’s now available for purchase as a single on iTunes, with its own cover art (visible above). Check it out below. 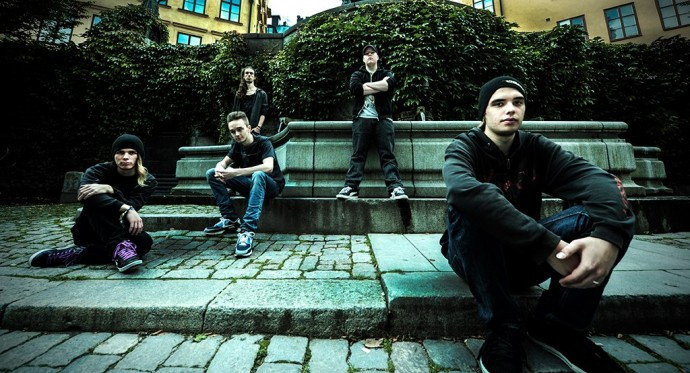 I’ve been following this Swedish band since the fall of 2010 when I reviewed their first EP in a MISCELLANY post. They’ve now finished a debut album, Going Postal, which they plan to release this spring. On Friday they debuted a video for one of the new album’s songs. It’s called “Quietly”, and it goes anything but that.

Like everything else I’ve heard from this band, it’s a raucous blast of high-energy groove. There’s something about the main riff and rhythmic beat that doesn’t finish quite the way I thought it would, and it really sunk its hooks in me as the song progressed. I felt like stomping around the house yelling “QUIETLY!” at the top of my lungs, except I was afraid my wife would put me down with a skillet to the head if I tried that. So I did it in my mind.

I’m still doing it. Fair warning: you may not be able to get this dislodged from your head once you let it go kicking around in there.

I saw that Germany’s Heaven Shall Burn have revealed the title of their next album — VETO — and the release dates: April 19 in Germany/Austria/Switzerland/Norway; April 22 in the rest of Europe; April 16 in Australia/New Zealand/Finland, and April 30 in the US and Canada. That’s all I’ve got at the moment. I usually wait to write about forthcoming albums until there’s album art or a song available, but this band is a very old favorite of yours truly. So I’ll probably be posting about every little tidbit of news concerning VETO between now and the release.

9 Responses to “NEW MUSIC AND NEWS: CNOC AN TURSA, INTER ARMA, DEATHEMBER, AND HEAVEN SHALL BURN”