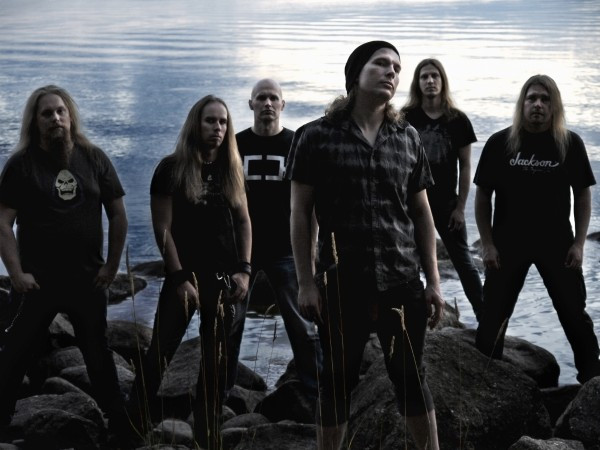 Sadistic bastards that we are, we published three different glowing reviews of Beyond, the forthcoming album by Finland’s Omnium Gatherum, months before the album’s scheduled release dates (Feb 25 in Europe and Mar 5 in the U.S.). We had no music we could share with you then, but Omnium Gatherum eventually started streaming one of the album’s numerous stand-out tracks, “New Dynamic” (which you can hear at this location). And as of this morning Metal Hammer premiered an official video for a second one — “The Unknowing”.

In addition, the same song is now available on iTunes.

The imagery in this new video was an inspired choice as accompaniment for the music. Along with close-up film of the band performing the song, it depicts the majesty, power, and sublime beauty of a sunlit coastal sea from dawn until dusk. And that pretty much captures the spirit of the song — majestic, powerful, beautiful. It’s one of many tracks from the album that I’ve already put on our list of candidates for our list of 2013’s most infectious extreme metal songs.

Check out the video after the jump, and give thanks to Olli-Pekka Lappalainen, who directed and edited the video, and to director of photography, Tapio Aulu.

6 Responses to “OMNIUM GATHERUM DEBUT THEIR OFFICIAL VIDEO FOR “THE UNKNOWING” . . . AND IT’S ALL BEAUTIFUL”