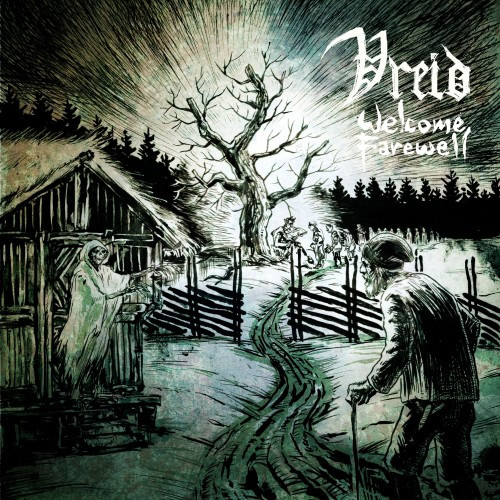 To me a new Vreid album is a very… sexual experience…

First we have the announcement that a new album is in the works, the enticing promise of something special to come, a reward for being good boys and girls…

Then comes the build of anticipation, the flirting glimpses of the artwork, the teasing interviews where the band stoke our ardour with their verbal prowess and come-hither eyes…

Then there’s the foreplay, the premiere of a song, the release date announcement, the booking of tours, all designed to get you all primed up and ready to go…

Then, finally, you get to the main event. The album is released and all that pent up frustration and energy finally reaches… climax.

Sorry everyone, I got a bit worked up there.

Anyway, Welcome Farewell is an awesome record, it really is. 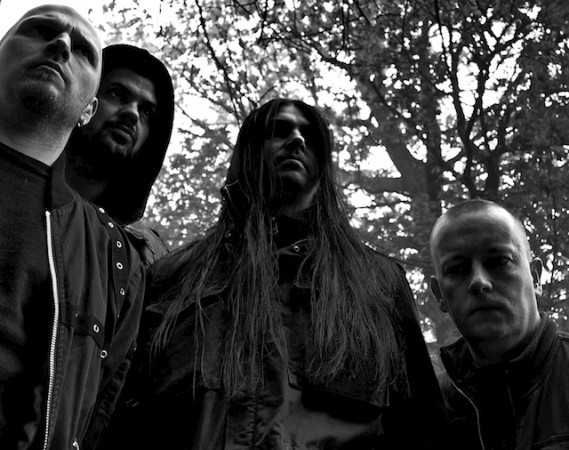 With a very distinctive form and vision, it’s notably darker in tone than V – an album which I still love unconditionally, might I add – extending that record’s sound and ambition while also displaying a deeper appreciation for, and connection with, the band’s own roots.

I suppose, in simplest terms, it’s the sound of a band continuing to move forward, without losing sight of where they have come from. It’s also an impressively, even strikingly, aggressive album – possibly the most aggressive they’ve ever released – hinting at Witchery levels of thrashy hatred at times, but with a more refined approach, all their aggression contained, controlled, and targeted for maximum impact.

Innocuously titled opener ‘The Ramble” sets a menacing tone for the record with its dark and weighty presence. Though not as frenetic as might be expected, it serves as a heaving, malevolent harbinger of the record’s overall darker, heavier vibe. It builds from a plaintive, windswept intro into a thudding, juddering piece of taut aggression, pulsating with anguished melodies and ugly, threatening atmospherics.

The utterly ferocious “Way Of The Serpent” wastes no time and takes no prisoners, laying down a barrage of precision-blasting and strafing riffage, backed up by Sture’s spiteful rasp, which has noticeably increased in intensity and venom this time around. Like all the best Vreid songs, it’s possessed of a full brace of big, propulsive riffs, delivered with frantic, throbbing vigour and seamless tightness, backed up by a massive, rumbling bass presence and a series of bleak, decadent guitar leads.

“The Devil’s Hand” is a thrashier beast, all coiled muscle and flashing fangs, locked into a burly, rough and tumble groove. The song’s up-tempo, head-banging delivery puts a lot of emphasis on the twisty, flowing bass-work and Steingrim’s clockwork drumming skills, without overshadowing the newly roused girth and thickness of the band’s bruising guitar tone, or the chilling, frost-burnt solos. 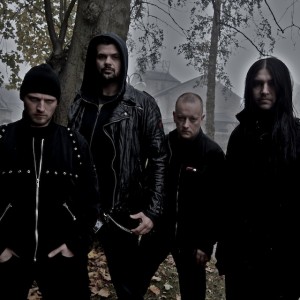 With its epic, Metallica-esque opening bars and rampant, steely guitar tone, the title track is a massive slab of meaty riffs and throbbing bass lines, wrapped in a cocoon of tight, binding tremolo runs and a layer of caustic, spite-inflected vocals. The song’s rough shell is penetrated by a series of lithe, sinuous lead melodies, stretching it beyond its limits until it explodes in a climactic chorus, leading into a truly phenomenal outro that could almost be a song unto itself, riding the lightning straight to the heart of winter.

The swaggering beats and winding guitar melodies of the “The Reap” bring to mind a more misanthropic, icy version of Thin Lizzy, but with a brooding, predatory edge. The track positively shivers with evil vibes, whipped up into a contained frenzy and fashioned into a series of fantastic vocal and guitar-based hooks. An absolutely massive sequence of shining, searing lead guitar melodies straddles the track’s middle, dragging the listeners toward ecstasy before plunging them back into the icy hell of the song’s close-knit, blackened groove.

The gleaming, frozen chords which open “Sights of Old” are the calm before the storm, as the song bursts into furious, electric life with little to no warning, spitting venom from ruptured vocal chords atop a breathtaking fusillade of rattling, bone-breaking drums and spiked, stabbing riffage. The song sweeps you off your feet with a torrent of overpowering guitars and blast-wave drums before smoothly shifting gear into a progged-out piece of intricate and artsy Pink Floyd vibes, which slowly and sedately weave together into the song’s languid, climactic aurora.

Old fans and new fans will equally find something to love in the ominous, diesel-driven grooves of “Black Waves” – fresh-faced Skeletonwitch aficionados will definitely bang their heads to the song’s locked-in, broken-down chuggery, while old-school Vreidians will welcome the viscous bass-lines and martial pace like the return of a long-lost friend. Bullish and powerful, the song’s spasmodic, chugging engine is lubricated by a sheen of icy, enigmatic melody that gives everything a pitch-black gleam, as it bumps and grinds its way toward completion.

“At The Brook” is the album’s money-shot, the coup-de-grace designed to leave the listener in dark, post-orgasmic bliss. Dominated by a rumbling, Jurassic low-end and tearing at the seams with barely restrained aggression, it’s one of those songs that packs an entire lifetime of music into a tight, perfectly formed package, marrying a thunderous, militaristic stomp and swagger to a thoroughly malicious vocal performance and a towering, monolithic guitar tone that hammers and forges the song’s grim, iron-clad march. 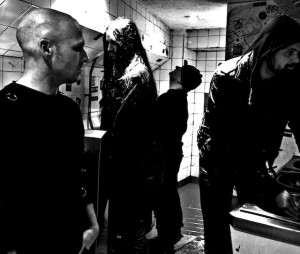 I know a number of people who were appreciative of, but not stunned by, V – expressing the feeling that though the band had developed a fresh, Metallic(a) sense of grandeur, it  had led them to lose touch with their dirtier, more misanthropic roots. Now while I can’t disagree more strongly on a personal level, I can confidently say that Welcome Farewell will be the album that brings these people back into the fold. It manages to carefully balance the lessons learned from V with much closer ties to the band’s seminal period (particularly I, Krig and Milorg) as well as a more cohesive interpretation of their genesis as Windir, without ever feeling derivative or repetitive.

Indeed, if anything, it displays the sort of drive and intensity that you would usually associate with a band newly starting up. It’s fresher. More alive. It’s a journey that feels like the band have only just started. It’s energetic, infectious, virulently catchy, and furiously, belligerently aggressive throughout.

This is Vreid reinvigorated, rearmed, and ready to rumble again.

Welcome Farewell is set for North American release via Indie Recordings on March 5 2013. So far, two songs have surfaced as teasers for the album, and you can hear both below. Next week, Vreid has promised a music video for “The Reap”.