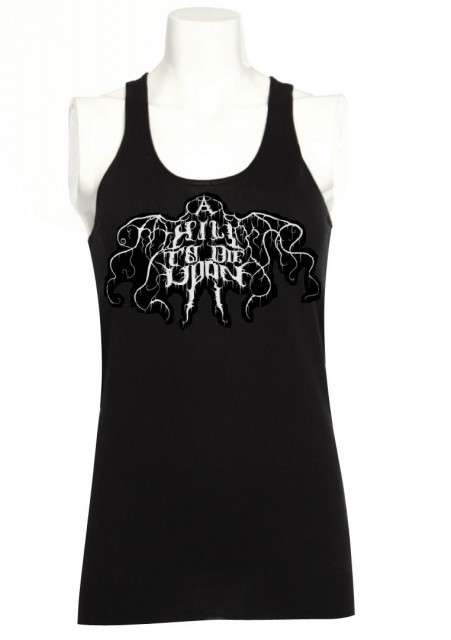 Ok, so we’ll go in some sort of sartorial order, shall we?

A HILL TO DIE UPON – LOGO VEST

There are a couple of reasons I love this one (pictured at the top of the post) – firstly, it’s an awesome logo, and the number of good vests produced by bands is few and far between (I’ve got a similarly awesome Bleeding Through vest, but not much else). More importantly this is now my go-to attire for Bloodguard gigs, since it looks good, represents for a band I love, and also helps keep me cool beneath the hot stage lights. Kudos to the humble vest – garment of (sweaty) kings. 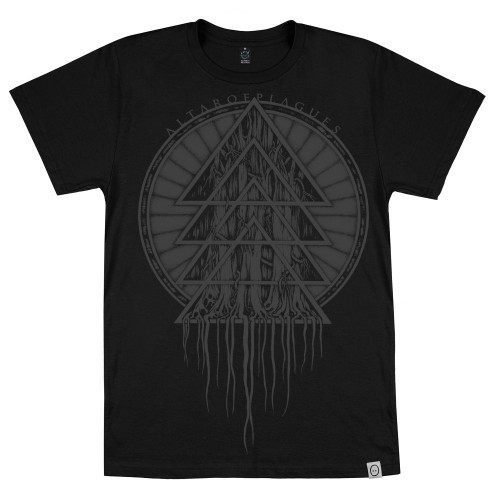 When it comes to band t-shirts I honestly can’t stand the lazy and generic “album cover” shirts which make up a large percentage of the merch out there. Nor am I a fan of the type of shirts (primarily from the deathcore/metalcore scene) which all follow the format of just having large-print, block-capital lyrics down the front, often backed by some sort of garish primary colour. No, I like shirts with a bit of class, particularly ones that either don’t look like stereotypical band shirts at first glance, or ones which have a particularly interesting (and yes, artistic) design. Ultimately it came down to a toss-up between:

a Beneath The Massacre all-over red Children Of The Corn design;

the ‘script’ logo Living Sacrifice t-shirt which I’m currently wearing (and which, unfortunately I couldn’t find an image for);

and the eventual choice, this beautifully minimalist Altar Of Plagues t-shirt;

It’s a great, relatively simple, and evocative design, which catches the eye but also avoids the common metal t-shirt clichés. I’m a particular fan of the muted colour-scheme and clever design layout as well. 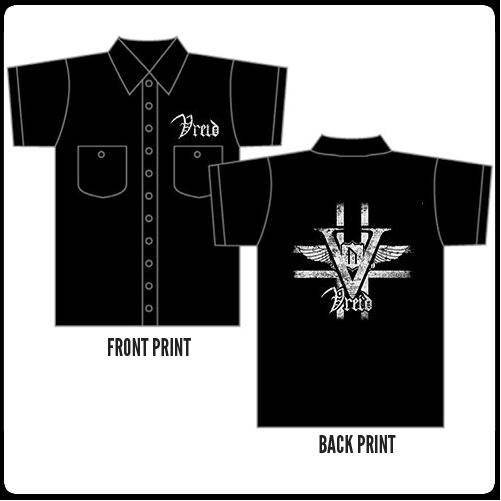 I’ve actually only got two of this type of garment, one Dark Tranquillity shirt I picked up in Oslo, and this Vreid design which I got on the band’s last UK tour. Actual shirts, of the more formal, collared kind, are a bit of an anomaly in the band merch world, to me at least. I only really wear shirts of this kind when I’m trying (vainly) to look a little more formal, or cool – something which isn’t a very common occurrence, as my dress-sense is generally more of the… casual… format. Still, I couldn’t resist this one, as it’s a classy, deep black colour, with a crisp cut to it, and a cool back design (something of which I am rarely a fan). 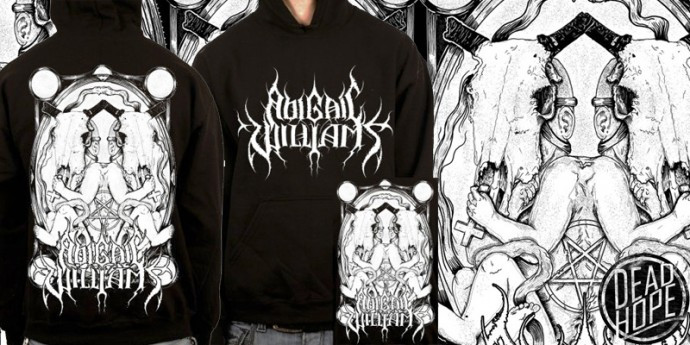 Ok, so by now you probably know how much I love the band in question, but it actually took me a while to find a piece of merchandise I really loved. But this hoodie is, was, and always will be, perfectly suited to my wants and needs. The front logo is striking, yet not over-done, the back design is absolutely stellar, AND – most important of all – the damn thing is incredibly thick and warm.

And since it’s currently bloody freezing over here, it’s getting some serious use at the moment.

This one actually doesn’t get that much wear, but it does get pulled out for particularly special occasions. Usually prohibitively expensive, I managed to get this for an absolute steal (without, you know, actually stealing it) and it holds a lofty position in my wardrobe. It’s just that little bit different, that little bit more memorable, than your average piece of band merchandise, and of a much higher quality to boot.