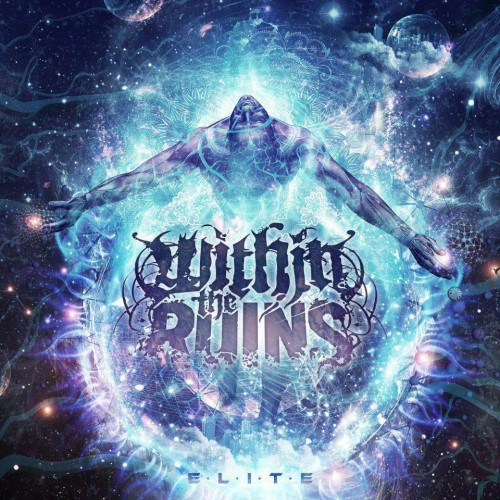 This is Part 2 of a round-up of new things I saw and heard last night that I thought were worth sharing. Part 1 can be found here.

As the years have rolled on my interest in deathcore has waned, but I haven’t completely lost the taste for it. Within the Ruins (from Westfield, Mass.) is one of the bands in this genre who have maintained my interest, and from what I’ve heard of their new album Elite (released on Feb 26 by eOne Music), I’m still interested.

Yesterday the band premiered a music video for one of the new album’s tracks, “Feeding Frenzy”. The song brings high-caliber pneumatic thrusting, bestial hardcore vox, and a bunch of instrumental flourishes that remind me of a carnival atmosphere.

And the video (directed by Kevin J. Custer) is a complete hoot to watch. I’ve never been to a dinner party like this one, and I honestly can’t say that I worked up an appetite watching it. But I do pronounce it egggzelent. Here ya go: 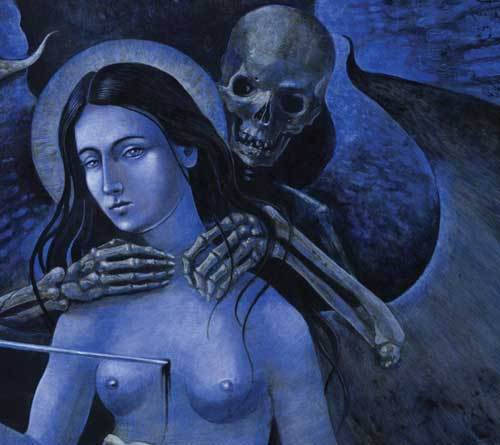 Aosoth are a French band who combine elements of black metal and death metal, and I’ve really enjoyed their previous work. Their fourth full-length entitled IV:Arrow In Heart is due for worldwide release on April 16 via Agonia Records. Pre-orders are being fielded here.

The album’s title track is more than 10 minutes long. Yesterday, the band began streaming an edited version of the song that stretches only about 7 1/2 minutes. I would have been very happy to get the full jolt, because the edited version is awfully sweet.

It combines a swarming, seething black metal assault with brutally pounding rhythms (and delicious bass work). But the song also includes a surprising instrumental mid-section where the pace slows, a dark melody drifts by like smoke, and an interesting combination of what sound like hand drums and synths will get your head nodding dreamily. 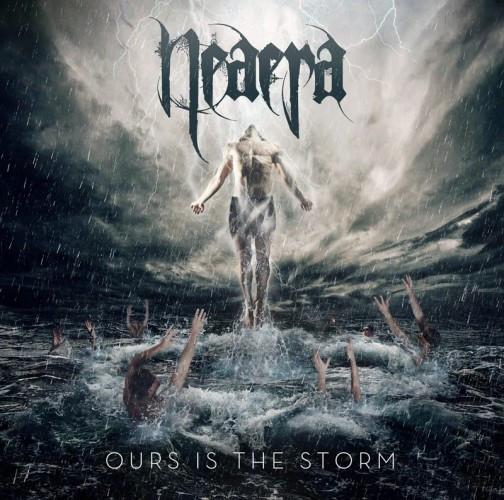 Neaera are a German band whose music I’ve followed for a long time. They have a new album, Ours Is the Storm, scheduled for release by Metal Blade on March 5. I haven’t had time to hear the whole album yet, but I’m liking the single that was released in the form of a lyric video two days ago.

The song’s name is “Through Treacherous Flames”. It’s a blast of caustic hardcore and melodic death metal with needling guitar work, a catchy melody, and head-slamming rhythms. As Neaera have in the past, the song reminds me of a mixing of Heaven Shall Burn and Darkest Hour. Check it out:

11 Responses to “SEEN AND HEARD (Part 2): WITHIN THE RUINS, AOSOTH, AND NEAERA”