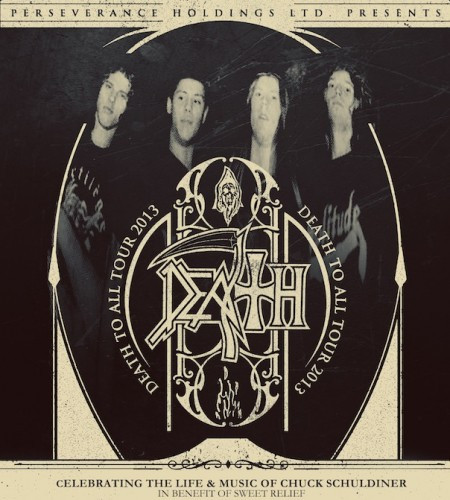 As previously reported, your humble editor’s blog time is being squeezed mercilessly by the old fuckin’ day job. There is no relief in sight yet. The consequence is that I can’t spend as much time as usual checking out new music and news. But I did make a quick survey of my typical sources last night and saw and heard many things of interest. Details about 3 new tours and 2 cool live videos are in this post, and I’ll have more goodies in a second one later today.

In Tourism news I saw the following report on Metal Injection: The Death To All tour, which pays tribute to the late Chuck Shuldiner is returning for another run in 2013. The tour had its first run last year and featured an all-star lineup of former members of Death, “but was later plagued with drama surrounding the financials of the event, with some musicians not getting paid by one of the promoters.”

Unlike last year, the 2013 tour will feature one line-up, the Human–era lineup consisting of guitarist Paul Masvidal, bassist Steve DiGiorgio, and drummer Sean Reinert. In addition, Metal Sucks is reporting that Max Phelps, Masvidal and Reinert’s bandmate in the most recent line-up of Cynic, will be providing the vocals. The tour will focus on Human, and the three Death albums that came before it, Scream Bloody Gore, Leprosy, and Spiritual Healing. Hell yes.

Here’s the schedule as it was announced yesterday (no Seattle appearance — boo!!):

Tickets are available at Ticketmaster. VIP packages can be purchased here. A portion of the proceeds will be donated to Sweet Relief. 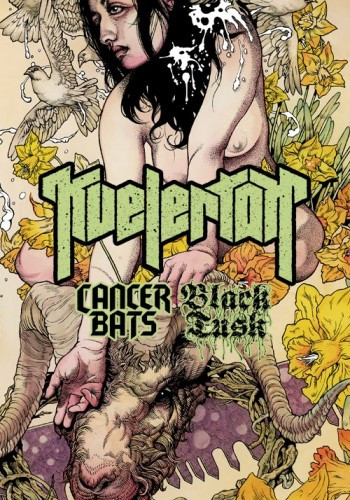 In further Tourism news, I saw that Kvelertak, Cancer Bats, and Black Tusk will be mounting a U.S. tour this spring. You’ll be thrilled to the point of peeing yourself to know that I will get to see this when it comes to Seattle. I like all three bands and have never seen them live before, so this is a high priority. Will you be able to go when it reaches one of these cities? 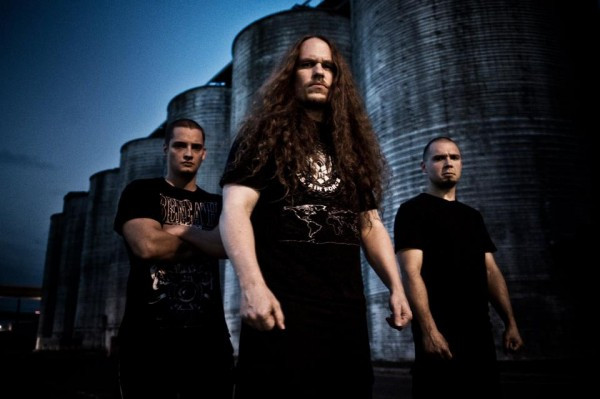 In still further Tourism news, I saw a blurb on Lambgoat that Fear Factory and Hate Eternal will be touring together this spring. I’m personally more stoked to see Hate Eternal (again), but I’ve never seen Fear Factory perform, and so this will give me an excuse to do that. Yes, you’ll be relieved to know that Seattle is on the schedule, as reported by Lambgoat. Here’s the rest of the itinerary:

Now, let’s move on to two live videos that I spied last night . . . 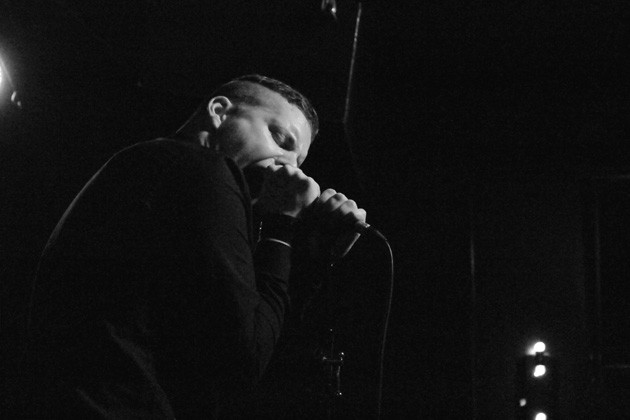 One of my favorite releases of 2012 was a split by Deafheaven and Bosse-de-Nage (which I covered in this review). On top of that, Deafheaven’s contribution to the split, a cover of Mogwai’s “Punk Rock/Cody”, was one of my favorite songs of last year. So I was pretty fuckin’ excited to see that the invaluable unARTig had posted video of the band performing the song live on February 22.

unARTig’s videos are always beautifully filmed with superb sound quality, and this is no exception. The performance was at the Saint Vitus bar in Brooklyn at the record release show of Sannhet’s Known Flood album. The video also includes Deafheaven’s performance of “Dream House”.  Crushing, and beautiful.

Deafheaven plan to release their second full-length album this year, which will be entitled Sunbather. Their Facebook page is here.

I saw a video of God Seed performing the Gorgoroth anthem “Wound Upon Wound” live in Charleroi. The sound and picture quality are very good, it’s cool to see ex-Gorgoroth luminaries King ov Hell and Gaahl on stage doing their thing, and the song kicketh asseth.

10 Responses to “SEEN AND HEARD (Part 1): THE DEATH TO ALL TOUR, THE HATE ETERNAL AND FEAR FACTORY TOUR, THE KVELERTAK-CANCER BATS-BLACK TUSK TOUR, DEAFHEAVEN, and GOD SEED”