About to begin Day 9 away from home. Still working day and night on that project for my fucking day (and night) job. Averaging four hours of sleep a night. Brain is fried. Unable to write complete sentences any more.

Wasn’t able to check my NCS email at all until late last night. Had no chance to surf the web for new music. Haven’t listened to metal in 24 hours. Starting to get the withdrawal shakes.

Did see these things when I checked my e-mail.

“The figures in the artwork have all been bound and chained and have their eyes and mouths sewn shut symbolically, showing the chilling of speech and the intentional blinding of the masses.  They all make up the huge ominous structure behind them, which is symbolic of the growing security state as well as our failing structures today, and how they are slowly and methodically consuming and controlling us all. It has a very Orwellian feel to it, which is what we were going for since the album is very dark in a slightly different way.”

Album will be released on May 14 in North America both digitally and physically via Nuclear Blast. Very, very stoked for that. 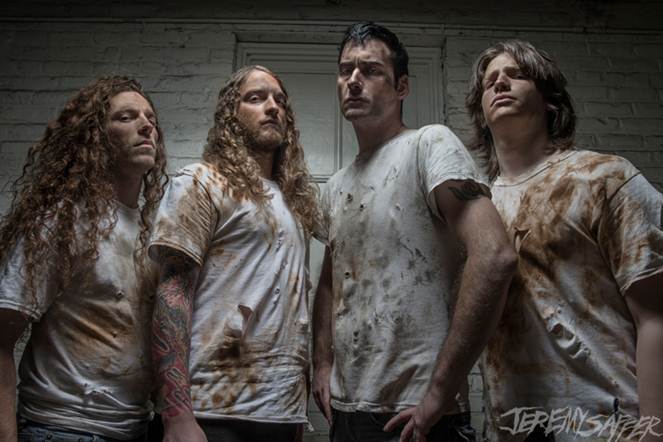 Fuckin stoked for this too. 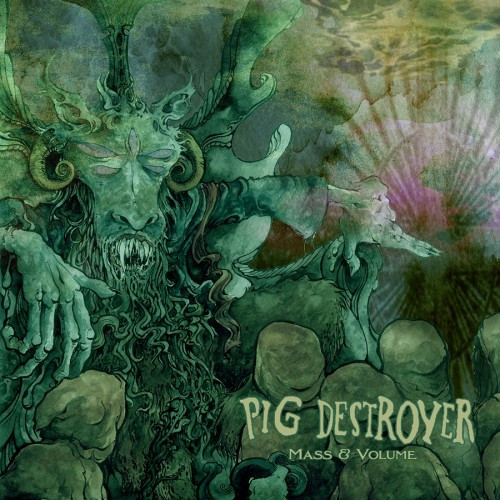 GSaw that Pig Destroyer released a “never before heard EP” entitled Mass &Volume. It’s a doom EP!  Dedicated to the memory of Pat Egan and his family. Fuckin’ looove to the cover art by Arik Roper. Can buy the EP here (all proceeds will be donated to the college fund of Pat Egan’s daughter Katie):

Comp is available via Bandcamp at this location for $5 or more. New EP is here: 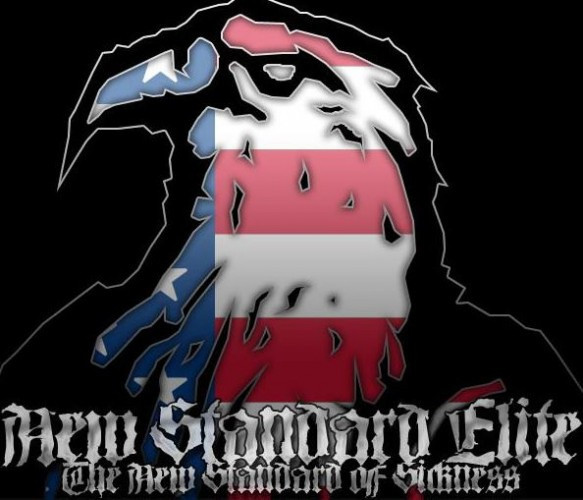 Got a message from my man Vonlughlio. Told me about a label named New Standard Elite, specializing in brutal death metal. Found out from him they have a Bandcamp page and just updated it with releases. Shit looks disgusting. Check it here:

Probably won’t be able to post anything else today at NCS. Massive suckage. Head hurts. Shakes getting worse. Bye.