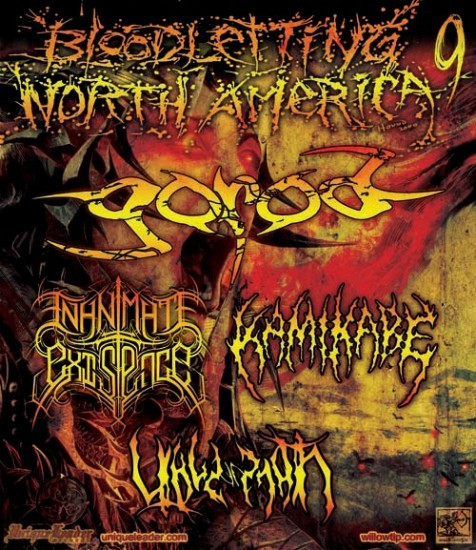 I just took a short break from the work grind, flitted around the interhole and the NCS e-mail inbox like a blowfly in search of a raw wound, and came across three items I wanted to pass along. Two are news items, one is new music.

I saw that a new North American tour has just been announced. It begins May 3 and runs through June 1. It made my already bulging eyes bulge further from their sockets, sort of like what happens to frogs when you inflate them with a bicycle pump.

The headliner is Gorod. I could stop there, but the rest of the line-up is cool, too: Inanimate Existence, Kamikabe, and Vale of Pnath.

But that’s not all.  On selected dates, the tour will also be joined by Fallujah, Pyrexia, Applaud, The Impaler, River of Nihil, The Kennedy Veil, Cognitive, and Archspire.

Here’s the schedule. Check the local venues in your area to find out which of the select-date support bands will be playing.

Updates about the tour will be posted here: 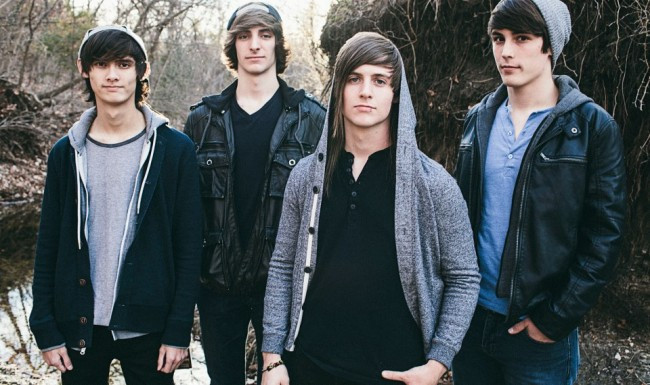 A band I follow on Facebook today posted in words of gushing enthusiasm about a relatively new song from a very young Texas band I’d never heard of. Their name is Polyphia. They don’t look much like the kinds of bands we usually cover here at NCS. I guessed that their music probably wouldn’t be my kind of thing. But I listened to the song anyway.

The track is “Impassion”. It’s on an EP named Inspire that the band will be self-releasing on April 21, and it really surprised me. It’s an instrumental track (so far, this seems to be a purely instrumental collective), and it’s loaded with mesmerizing performances at every position. The song is beautifully constructed, and I found it intensely interesting (and that comes from someone who spends very little time listening to progressive metal, which is pretty much what this is). Worth checking out below. 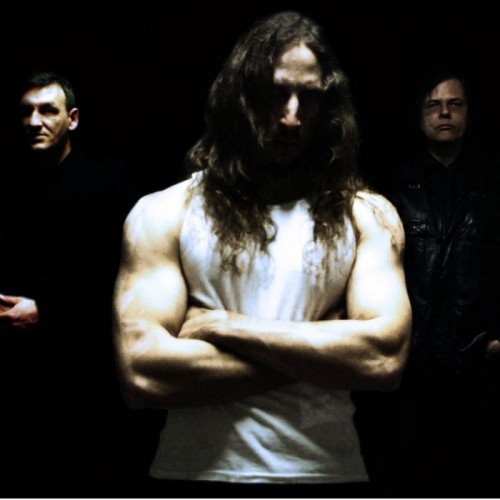 The press release I saw about this next item began with these words: “Bethlehem are legend.” And you know, I guess they are. I can’t pretend to be an expert on their discography, but I’ve read enough to know that they receive a lot of credit for influencing the development of so-called “dark metal” as well as “suicidal-depressive black metal”.  And though I’m no expert, I’ve been powerfully affected by the Bethlehem songs I’ve heard that others have recommended.

The news is this: They’ve signed a four-album deal with Prophecy Productions and will be recording their seventh studio album in August and September of this year. Should be worth waiting for.