(Andy Synn weighs in from England with a review of the live show by Cannibal Corpse, The Black Dahlia Murder, and Hour of Penance in Nottingham.)

Pretty badass line-up, right? I definitely count myself lucky to have caught this tour, as not only have I never seen HoP live before, but I never miss a Black Dahlia show if I can help it, AND I’d been hearing awesome things about Cannibal Corpse’s form this time around.

I count myself doubly lucky because the damn doors to the show were scheduled for half freaking 5, with Hour Of Penance hitting the stage at the ungodly time of 5:45 pm, a time when a huge number of people were either still in work, or still stuck in traffic. In fact I know several people who came from surrounding cities who missed the first two bands entirely, and barely made it in time to see Cannibal Corpse! 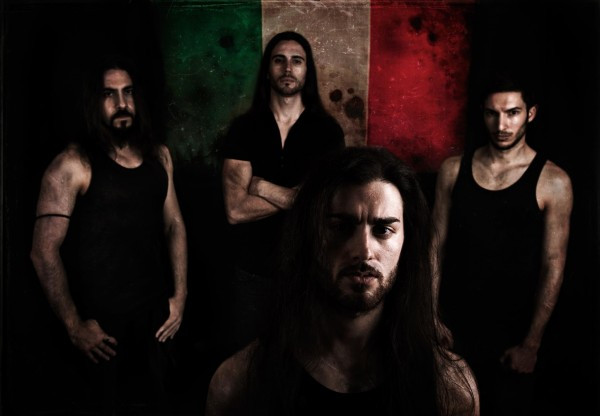 Still, let’s not dwell on the negatives shall we? Hour Of Penance were on pretty crushing form, with some deft guitar work cutting through the mix once some initial teething problems were sorted (the first 30 seconds of the first song were basically just drums and vocals and nothing else). The set leaned heavily on songs from last year’s Sedition, including (to my recollection) “Enlightened Submission”, “Decimate The Ancestry Of The Only God”, “Ascension”, and “Sedition Through Scorn”, as well as a stunning run-through of fan-favourites “Paradogma” and “Misconception”.

Impressively technical (though not overly tech), the band focussed on an extreme, blast-furnace delivery, with occasional deviations to big, hooky riffs and knee-cap shattering grooves. As impressive and uncompromising as their set was, it still had a few niggling flaws which tweaked my critical nerves. During “Ascension” the sampled backing vocals detracted from the ‘live’ feel of the song (and made little sense, since either or both of the bassist or lead guitarist could easily have delivered them), as did the overly clicky drum sound which predominated. In addition the drummer noticeably loosened up when the band really pushed the bpm into the red – not enough to cause any real harm to the songs, but just enough to set my spider-sense tingling.

Despite this, I thoroughly enjoyed their set and would recommend catching them if you can next time they roll into your town! 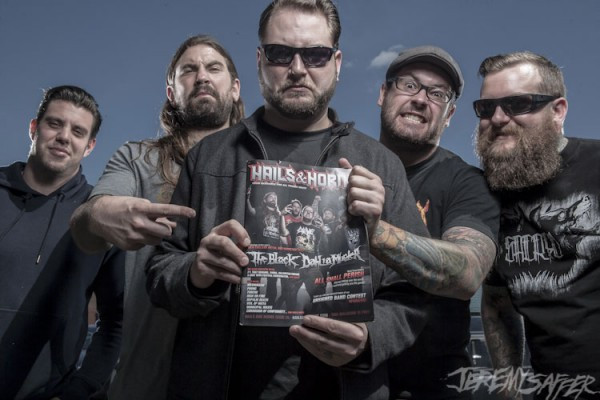 If there’s one band, however, who can always be relied on to up the ante, it’s The Black Dahlia Murder. The ominous strings of “A Shrine To Madness” prompted a massive cheer, and the song’s eventual kick-in ignited immediate chaos in the pit. The lethal hooks of “Moonlight Equilibrium” followed, Brian Eschbach’s razor-sharp riffage summoning yet more energy from the bloodthirsty crowd, and making room for some particularly impressive shredding from Ryan Knight.

Trevor’s shirt came off within a few songs, as always, treating us all to the sight of his gorgeous body… cough… as he prowled and pranced about the stage with his usual manic glee, goading the (clearly loyal) crowd into activity. Bassist Max Lavelle also stood out to me this time around, with some very impressive, fluid and complex playing, adding some subtle and intricate nuances to the visceral bludgeon of “Statutory Ape” and “On Stirring Seas of Salted Blood”.

New drummer Alan Cassidy (ex-Abigail Williams) obviously has some big shoes to fill with the departure of the near-legendary Shannon Lucas, but by my reckoning has clearly embraced the challenge. He absolutely killed it behind the kit that night, capturing the specifics and tightness of each track while also adding his own different feel to the playing – more frantic and more frenetic, less machine-like (though no less precise) than his predecessor, with a palpable blackened edge.

The triptych finale of “Necropolis”, “Everything Went Black”, and “I Will Return” was a perfect end to their all-too-short set, encompassing massive riffage, searing shred-work and sheer blasting brutality in equal measure. Come back soon boys. 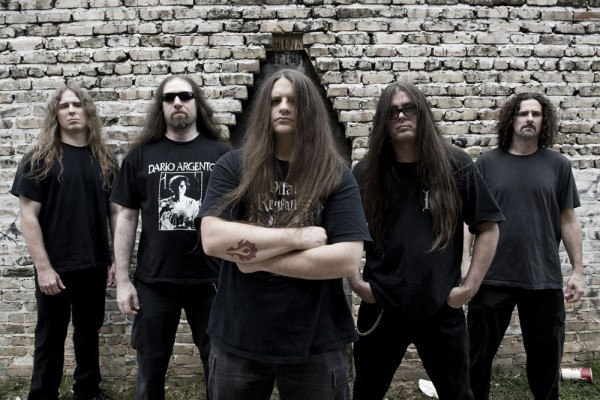 Ok, a quick admission… every single time I’ve seen Cannibal Corpse they have bored me to (manly) tears. They’ve just been too lumpen, too static, and just too unimpressive to build any sort of fire in me. But not tonight. Tonight everything clicked perfectly.

Wasting no time, the band dived straight into an utterly feral version of “Demented Aggression”, followed by an equally frantic rendition of “Sarcophagic Frenzy”. Drummer Paul Mazurkiewicz (always the band’s weakest point in my opinion) has clearly stepped his game up, absolutely crushing the one-two assault of “Evisceration Plague” and “Time To Kill Is Now” which followed soon after, while Alex Webster’s inhuman spider-fingers were all over the ugly, brutalising grooves of “Encased In Concrete”.

The steady transformation of George ‘Corpsegrinder’ Fisher into his animated alter-ego Nathan Explosion has nearly reached its conclusion now, challenging the crowd to keep up with his headbanging (“You will lose”) and dedicating “Priests Of Sodom” to all their female fans (“This one’s for the ladies… Especially the ones who take it up the ass… They’re the best!”).

Clearly as in love with the crowd as they are with is larger than life persona, his forthright admission that their last song was going to “Hammer Smashed Face” was delivered with a nasty grin… which made more sense when, following the track’s bloody conclusion, he turned to the audience and said “Remember when I said that was our last song… I LIED! This is, Stripped, Raped, and Strangled!”.

So yeah… best Cannibal Corpse show I’ve ever seen. Not a moment wasted, and an audience left absolutely pulverised by the brutal efficiency and efficacy of the band’s sonic onslaught.