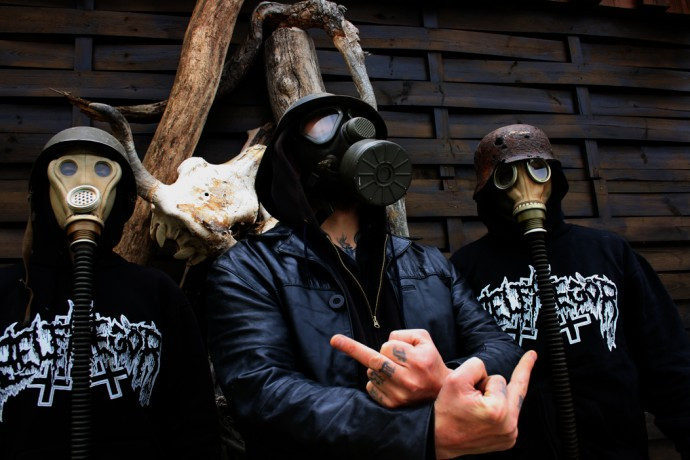 I’m making a slow start on the blog today. I was putting the finishing touches on a pocket-sized fusion reactor that runs on spit, produces beer as a by-product, and will supply the power (and beer) needs of an entire neighborhood for a century. I’ve been working on the idea for a few days and figured I’d just go ahead and get er done.

Also, I stayed up late last night partying with my co-workers after completing that month-long day-job project I’ve been whining about, and I got obliterated.

Anyways, here are a few things I saw and heard this morning after finishing the reactor and waiting for those skull trolls in my head to stop hammering on shit with lead mallets. I hate skull trolls.

According to a press release I got, Austria’s Belphegor have finished tracking drums, bass, and guitar for their new album, working with producer Erik Rutan (Hate Eternal). That’s the good news. The bad news is that the release of the new album has been pushed back to early 2014. Frontman Helmuth Lehner,  who nearly died last year as a result of complications from a typhus infection he contracted on tour in Brazil, is scheduled to record vocals in June and July, with mixing and mastering to be done in September.

Song titles so far include “Gasmask Terror”, “Rex Tremendae Majestatis”, “Take Her, Lucifer!”, and “The Inverted Cross”. In other words, it will be fun for the whole family. Lehner is quoted as saying: “It sounds brutal,  more aggressive and more death than what was heard on the last LPs. The soundwall is massive – just as expected.”

Early 2014 is so far off that it seems like the next century, but methinks the wait will be worth it.

I saw the killer album art above, which stopped me dead in my tracks. It graces the cover of a new self-titled release by Norway’s Blood Red Throne that’s been up for pre-sale on Blood Red Throne’s Bandcamp page (here) for about a week. 2013 marks the 15th year of the band’s existence, and this new release is designed to commemorate the anniversary. It’s a special edition LP box set (with a shirt featuring the cover art, a poster, and other secret goodies) that’s going to be limited to 250 copies.

So, vinyl collectors have something to look forward to, and digital/CD lovers will be left hoping this will eventually become available in other formats. Since I’m now thinking about BRT, here’s a track from their Souls of Damnation album: 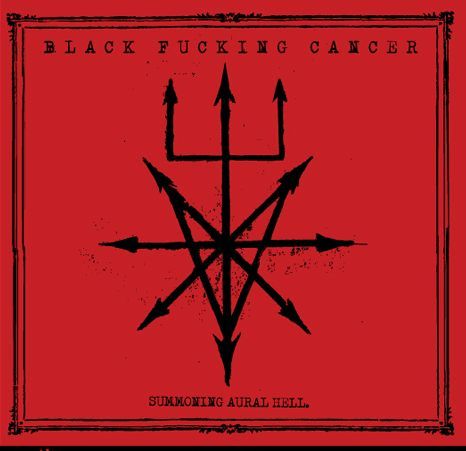 In a recent Comment thread I pestered NCS supporter SurgicalBrute to disclose what he’s been listening to lately, since he usually finds nasty new things I’d never find on my own. One of the bands he mentioned was a three-man Bay Area band named Black Fucking Cancer. I thought that was such a cool name that I decided to check out some music right away.

Seriously, they’ve got the word “Fucking” in their name, which is one of my favorite words (along with Fuck and Fucked). Plus, they have Cancer and Black. The whole name just sounds filthy and merciless.

They have a demo album entitled Summoning Aural Hell that was released last year in a limited CD run, and it’s due for release on cassette in the near future by Graceless Recordings. The album is also up on Bandcamp HERE, and for a limited time they’re now giving it away digitally via Sendspace (THIS is the link to that).

Because of the skull trolls and the pocket-sized reactor mentioned above, I’ve only been able to listen to the title track from the demo this morning, but I’m already sold. The song’s screeching, discordant intro sends a clear signal that you’re about to get fucked in the head, and that’s pretty much what happens. This is 100% lo-fi, scratchy, ugly, thrashing/rocking black metal that gives no Fucks. The vocals sound like a man being boiled in oil, the rhythms continually change course, the riffs are raw and hook-filled, and the production is about as filthy as an overflowing cesspool. Yeah, I’m loving it.

Three of the demo’s four songs are streaming on BFC’s Bandcamp player, so I’ve embedded that below for your ear-wrecking pleasure.