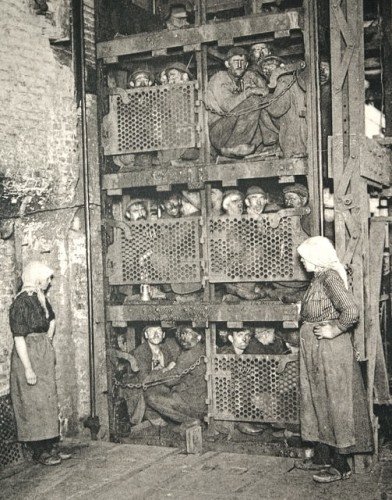 That month-long out-of-town stint for my fucking day job put THAT’S METAL! on ice for a while, but I’m getting it going again beginning today, and I’ll start resume posting it on a weekly or bi-weekly basis. For newcomers, this series is devoted to photos, videos, and news item that I think are metal, even though they’re not music.

In this installment, I’ve got coal divers, volcanic lightning, Mt Etna going all out, Sarcastic fringeheads, sculptured books, an underwater gallery, stupid and dangerous at 2500 frames per second, and close-up card magic that will drop jaws.

I whined a lot about my out-of-town work project over the last 4 weeks, and I’m glad it’s over and I’m back in the Pacific Northwest. But I also realize that I don’t really have much to whine about. At least I have a job, and at least it doesn’t involve going down into a fuckin’ coal mine like those vacuum-packed Belgian miners shown above (circa 1900). As the author of the site where I found this wrote, I’ll bet they weren’t singing “Heigh ho, heigh ho . . .”

And why do I think the photo is metal? Because it’s fuckin’ broootal. 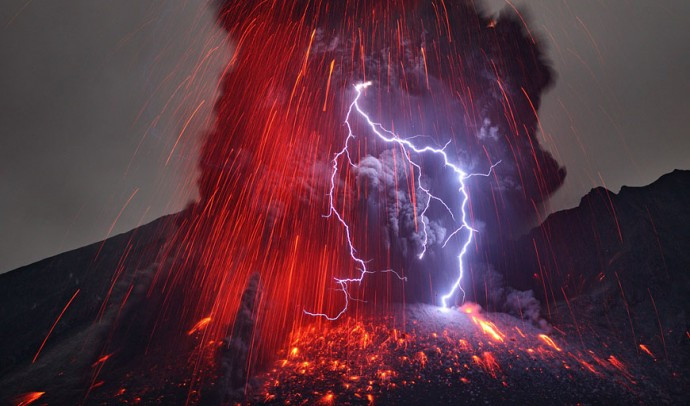 Now it’s time for some volcanic activity, and I don’t mean the latest song from Immolation. Thanks to a tip from GemmaD, I found a set of  spectacular photos by Martin Rietze showing the eruption of the Sakurajima volcano in Japan last month. As you can see, the eruption not only ejected a crapload of lava, it also generated more than 20 seconds of lightning. Here’s another shot: 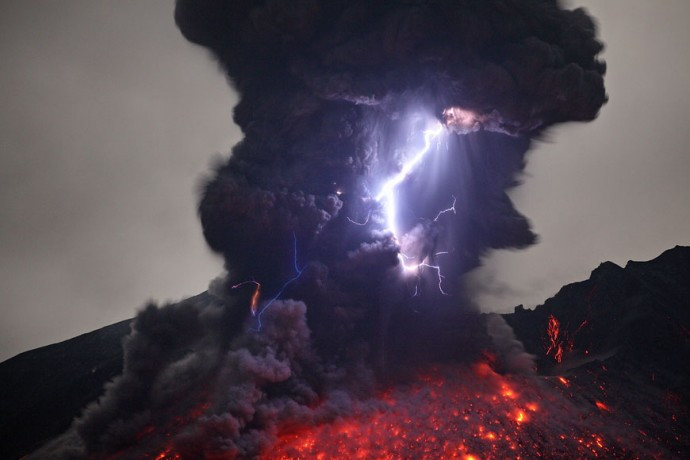 There doesn’t seem to be a widely accepted explanation about why volcanic eruptions can generate lightning. There’s some writing about it here. My guess is Thor and Vulcan are just trying to outdo each other in the ongoing “scare the shit out of puny humans” contest.

While I’m on the subject of volcanos, check out this video of Mt. Etna erupting in Italy on March 6 of this year. Beautiful and frightening at the same time. Favorite YouTube comment on this one: “Against the power of Mordor there can be no victory”.

The astronauts on board the International Space Station took some hot shit pics of the Mt Etna eruption from space. Here’s one of those: 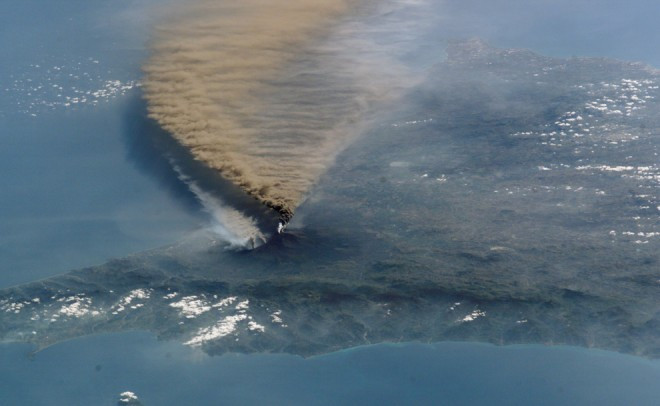 And this is a pic of a 2002 eruption of Mt Etna taken from the space shuttle Endeavor: 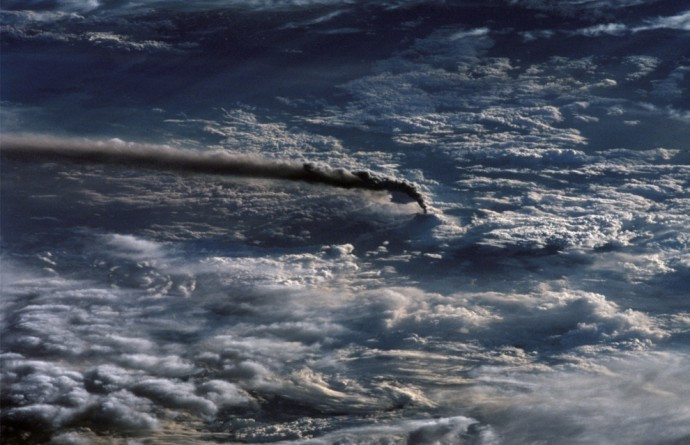 You might think that the Sarcastic fringehead is a genus of internet troll who frequents Blabbermouth, but instead it’s a ferocious fish with a big fuckin’ mouth and aggressive territorial behavior (scientists do have a sense of humor).

Here’s a video of the Sarcastic fringehead in action; you’ll have to put up with Sir David Attenborough’s cheesy narration, but if you hang in there past the halfway point you’ll see two of these fish in their full, open-mouthed glory. 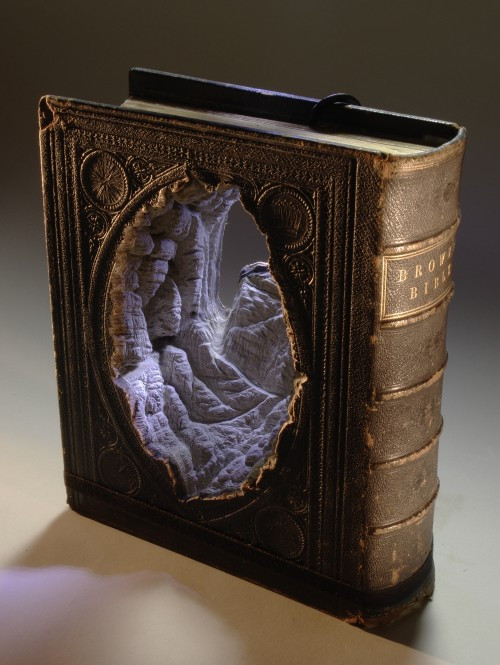 Thanks to a tip from TheMadIsraeli, I discovered the work of Guy Laramee, a multidisciplinary artist whose projects have included carving caverns, landscapes, and other scenes out of old books. It’s amazing stuff — definitely metal in my book, so to speak. Here are three more of his book sculptures: 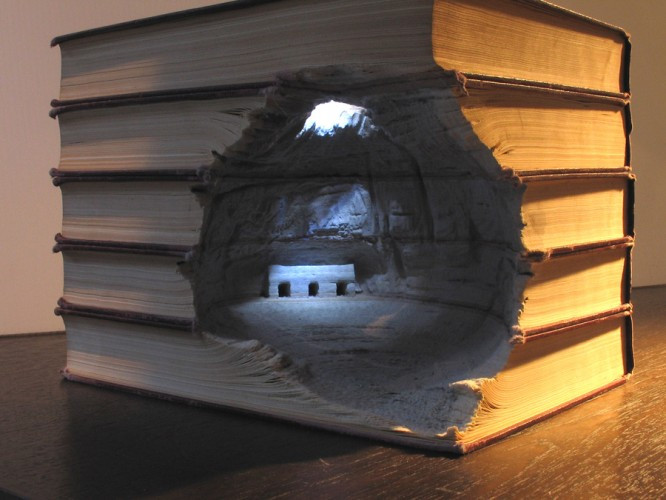 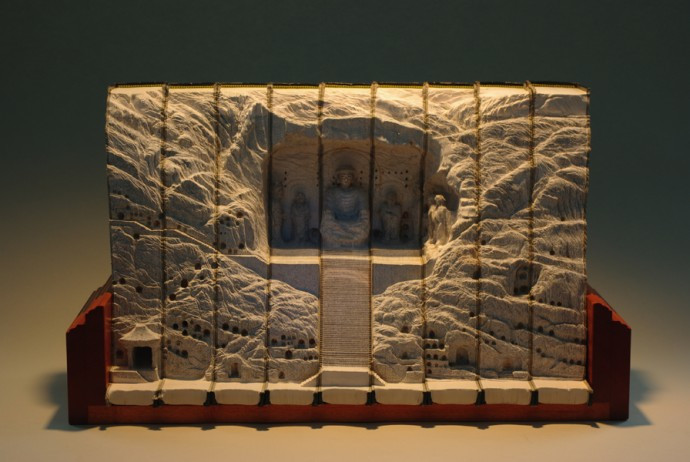 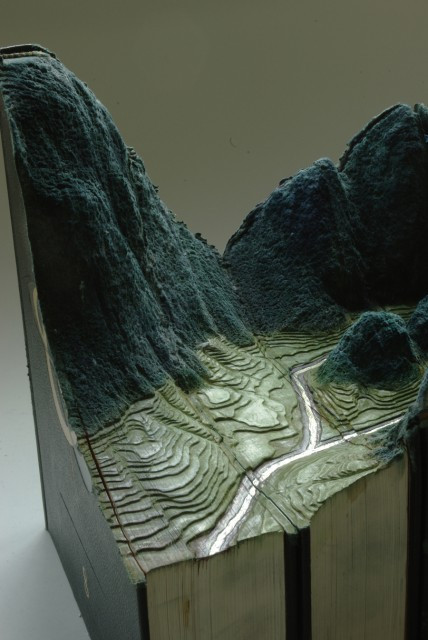 You can find many more of Guy Laramee’s creations at his web site. 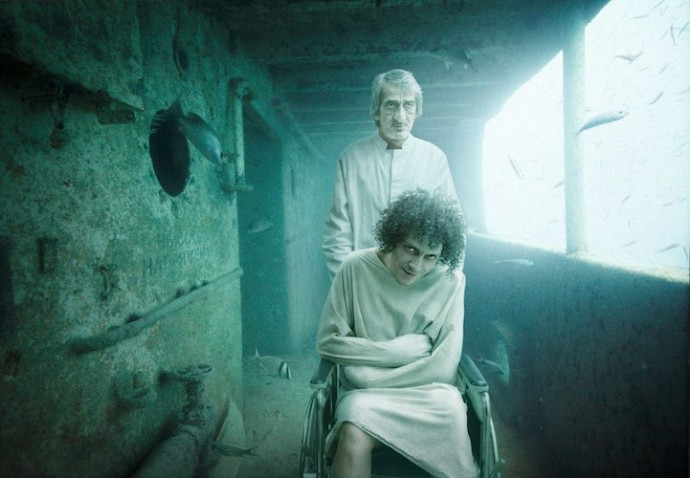 While on the subject of artists with unusual visions, let’s turn to Viennese artist Andreas Franke. Franke has created photographs using images of the sunken ship USNS General Hoyt S.Vandenberg with photoshopped overlays — and then displayed the photos on the Vandenberg itself.

Originally, only competent divers could get down there to see them. Now, some have been retrieved after spending four months down in the Gulf of Mexico and have been displayed at a gallery in Key West. More images can be seen here. 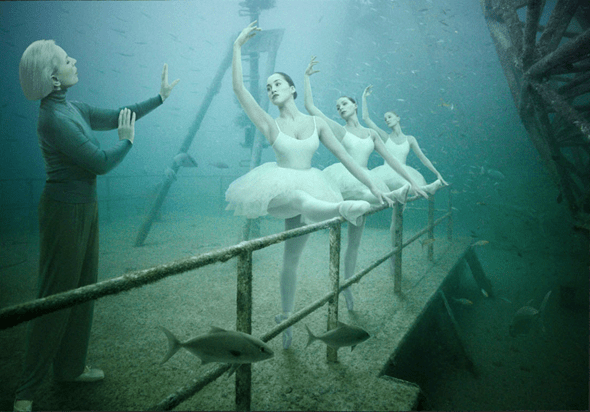 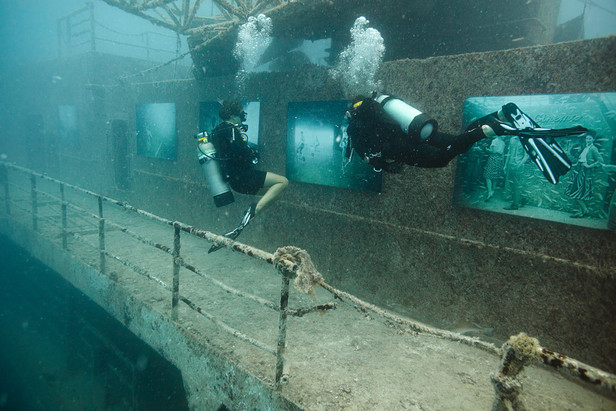 (Thanks to DGR for the tip about this.)

DGR gave me the tip on this next item too. These are compilations of highlights from a Danish TV show called Dumt & Farligt (“stupid and dangerous”). In a nutshell, the show’s creators destroy a variety of household items in a variety of ways and then film their acts of wanton destruction in super slow motion (2500 frames per second) with a Phantom Flex camera.

Am I wrong in thinking that blowing shit up is metal? And filming it in slo-mo is more metaller?

I have a shitload more goodies I could toss into this installment of THAT’S METAL!, but I guess I ought to stop and save some for future editions. This last item is a video that will cause your eyes to pop and your mouth to gape. It’s a performance by world champion close-up card magician Lennart Green, who lives in a supremely metal city (Gothenburg, Sweden). What he does with a deck of cards is supremely metal, too. Check it out: