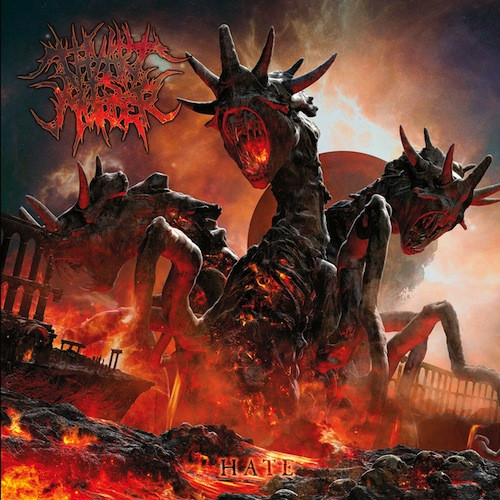 (TheMadIsraeli delivers this review of the forthcoming album by Australia’s Thy Art Is Murder.)

I really think at this point deathcore has become like an abusive husband to me. He keeps mistreating me, but I go back to him because he looks like he might’ve really changed this time, only to end up beating my face in with the dinner plate of the sandwich I didn’t make correctly for him that one time.

Thy Art Is Murder have definitely brought another one of those moments of blind hope as far as deathcore and I are concerned. I was ready to sign the restraining order, but Hate came along and made the kind of violent love to me that you just don’t get over.

Thy Art Is Murder have been around for a bit. With several EP’s and an acclaimed debut to fall back on, these Aussies definitely showed that they are a Grade A cut above their contemporaries. The thing is, with this new album Hate, Thy Art Is Murder now only consist of two founding members: drummer Lee Stanton and bassist Sean Delander, who actually gave up his guitar position to fill that role. The question, then, is how does Hate rack up when the band now lacks 3/5 of the members who produced what got them noticed? 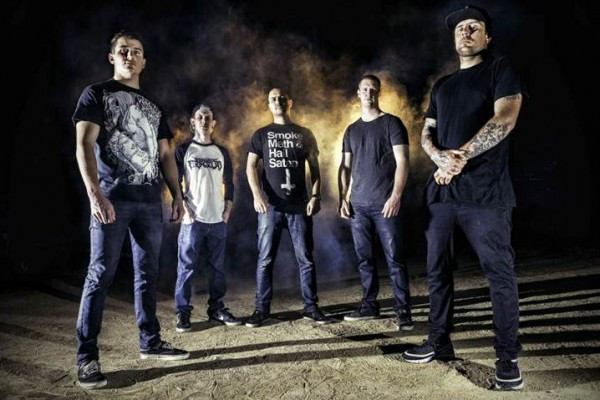 Hate is absolutely soaked in the Polish imperialist aesthetic. That alone hooks me, but in addition to that is the fact that the riffs, slams, and breakdowns are all very well-written and succinctly to the point, and they maintain a definitively death metal ethos as opposed to the -core aspects prevalent in the genre. I would almost argue this is a death metal album with -core elements, not essentially a full-blown deathcore album.

As I said, a Polish aesthetic absolutely soaks this album. You’ll hear traces of all the Polish greats — Behemoth, Hate, Decapitated, and Vader. The deathcore side of their sound definitely takes notes from the respectable stalwarts of the style such as Whitechapel or Despised Icon.

This album, in two words, is utterly crushing. Songs like “Shadow of Eternal Sin” have really sold me on this album. Its first seconds are like a fucking death march that hits you as if Hercules had hurled a shot-put toss with a sledgehammer straight into your chest, but the song also brings soul-reaping, meth-fueled speed as well.

The musicianship on this album displays the kind of tightness and proficiency you expect from vets. Drummer Lee Stanton attacks the kit with a — dare I say —  Vitek-like intensity, while bassist and guitarists Sean Delander, Andy Marsh, and Tom Brown offer up crushing dissonant breakdowns, jaw-shattering slams, furious tremolo riffs, and displays of technical precision. Chris Mcmahon bellows and snarls like a beast from the deep, swallowing all life and vibrancy in his wake. The mix is also killer — punchy, meaty, and ambient.

I recommend this. Obviously.

EDITOR’S NOTE: Hate will be released by Nuclear Blast in the U.S. on April 2 and in Europe on April 5. The cover art was created by Brent Elliot White (Carnifex, Death Angel). Album bundles can be pre-ordered here. The entire album can be streamed at Lambgoat via this link. Below you can check out the official video for “Reign of Darkness”, followed by a play-through of “Shadow of Eternal Sin”, and you can find Thy Art Is Murder on Facebook here.