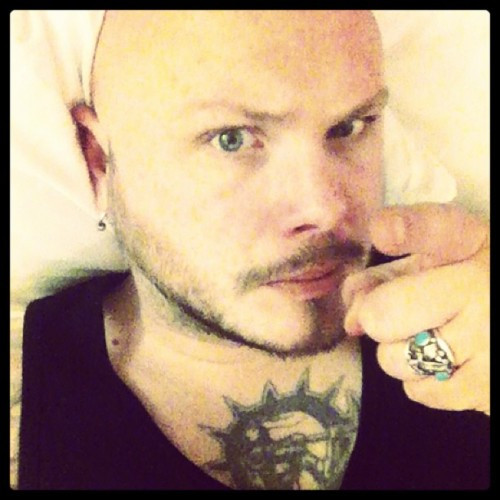 [EDITOR’S NOTE: Yeah, we’ve already published multiple reviews of The Living Infinite, but this isn’t exactly a new one. This is what DGR cooked up when he ran his own review, originally published on our site here, through Gizoogle.net. He gizoogled the Comments on his original review, too. They’re at the bottom of this thing. I’m thinking that henceforth we’ll just do this with all of DGR’s reviews before we publish them the first time.]

(In dis post we present DGR’s take on tha freshly smoked up double-album by Sweden’s Soilwork.)

When it was initially announced dat Soilwork would be releasin a thugged-out double mixtape I be thinkin dat a pimpin’ phat chunk of our asses metal bloggin morons did a cold-ass lil collectizzle half groan all up in tha prospect of dat much Soilwork noize hittin all up in tha same time. With they last two mixtapes – Sworn To A Great Divide n’ Da Panic Broadcast – it seemed dat tha crew had become tha straight-up paragon of consistency. Yo ass could put on either disc n’ catch a gangbangin’ few pretty phat joints yo, but most either felt as if they had been freestyled entirely fo’ tha choral hook part or came off as interchangeable.

Not dat dis was some sort of wack atrocitizzle yo, but you can peep how tha fuck there would be a sense of burnout up in some quartas whenever tha group’s name was brought up – especially since you can’t fault tha band’s work ethic when it seems like a freshly smoked up Soilwork disc hits every last muthafuckin two muthafuckin years like clockwork, no matter what tha fuck chizzlez happen within tha band.

Imagine then our erection when Soilwork busted out “Spectrum Of Eternity” as tha lead-off cold lil’ woo wop from Da Livin Infinite. It was exciting. Not only did tha crew sound rejuvenated yo, but there was some seriously heavy noize goin on there – suttin’ dat previously had just been reserved ta a lil’ small-ass batch of joints like “Blind Eye Halo”. It was weird n’ refreshin as a muthafucka ta do suttin’ dat our crazy asses hadn’t done up in a incredibly long time, which was ta move a Soilwork release high up on da most thugged-out anticipated mixtapes list.

Now dat tha mixtape has come up I can comprehensively report dat what tha fuck tha crew teased at wit “Spectrum Of Eternity” is up in full effect here. On Da Livin Infinite Soilwork sound like a funky-ass crew full of game n’ wit suttin’ ta prove, combinin all of they dopest elements as they’ve chizzled all up in tha muthafuckin years tha fuck into one pimped out cohesive package.

Given dat they do have twenty joints ta play with, tha crew git experimenstrual at times, n’ although dem joints (like fuckin “Da Windswept Mercy”, which is clean-sung pretty much tha whole way all up in n’ soundz mo’ like a rock cold lil’ woo wop wit tha occasionizzle hint of melo-death) pop up here n’ there  on tha straight-up original gangsta half, tha slower joints do step tha fuck up a funky-ass bit mo’ often on disc two.

Yo, since there is such a vast swath of material present, not all joints is goin ta work yo, but like surprisingly there aren’t straight-up any overtly wack joints n’ you can put dat on yo’ toast. Right back up in yo muthafuckin ass. Joints dat sound like they could have fit up in well on previous releases (and straight-up stand out, given tha overall qualitizzle present on tha freshly smoked up mixtape) do rear they heads. For example, ”Rise Above Da Sentiment” (for which tha crew done cooked up a noize vizzle) is one of tha joints dat seems like it aint nuthin but a mo’ standard Soilwork tune, so yo’ mileage may vary on dat one. But such joints are probably blasted away by tha next scorcher of a track. I have half a suspicion dat joints like “Leech” n’ “Let Da First Wave Arise” exist fo’ dat reason ridin’ solo – ta pick thangs up, ta go fast again, n’ ta keep tha momentum high.

Da freshly smoked up tag crew of Sylvain Caudret n’ Dizzy Andersson is tha real all-starz of Da Livin Infinite. Da crew git so much mileage outta they boombox work (augmented heavily by Sven Karlsson on keys) dat they almost entirely overshadow tha fact dat pretty much mah playas up in tha crew brought they A-game ta dis mixtape. If you ludd guitar, then it is highly recommended you check up dis mixtape cuz it packs a ton of soloin n’ riff work. Barely a segment goes by without some freshly smoked up melody lead bein flung up in yo’ face.

Dirk Verbeuren soundz as monstrous as eva behind tha kit yo, but he’s straight-up been let loose dis time around, goin at bout 100 MPH (which is like 140,000 Kph or suttin’ like that) fo’ almost all of dis mixtape. Even Bjorn Strid – whose a shitload of vocal appearances outside of dis crew make his ass seem almost like tha go-to playa fo’ hommie appearizzle – soundz especially lively. Quite a gangbangin’ few of tha catchy-as-hell chorus parts dat I mentioned above is straight-up brought forward by him, as he just rises above tha whole crew n’ overpowers them, as opposed ta dem steppin back n’ lettin his ass take center stage. Not ta even bust a nut on on his screaming, which be a shitload of tha dopest tha playa has done up in a straight-up long time.

Da Livin Infinite exists as proof dat when even a seasoned crew is hungry n’ straight-up wants it, they can create suttin’ incredible. Even wit suttin’ as seemingly self-indulgent as a thugged-out double mixtape, especially from tha likez of a funky-ass crew like fuckin Soilwork, they can still impress n’ knock playas straight-up on they ass. After a funky-ass block of muthafuckin years when it seemed they was playin ta tha skanky seats, here they is inspired n’ locked n loaded ta prove ta playas dat they can put up a pimped out mixtape. They do so up in spades wit Da Livin Infinite.

I’m shizzle mah playas will have they own abridged version of dis mixtape n’ every last muthafuckin one of dem is ghon be different yo, but tha full minute n’ twenty minutez of speed n’ metal dat tha crew gets up ta is well worth tha complete listen. I aint talkin’ bout chicken n’ gravy biatch. Da Livin Infinite is Soilwork all up in tha dopest they’ve been up in a long-ass time n’ they straight-up bust a cap up in it here. Combinin all kindsa muthafuckin elements from tha various eraz of they game, it almost becomes a “best of” recordin without retreadin olda joints n’ you can put dat on yo’ toast. I’m buckwild ta say dat Da Livin Infinite be a pimped out mixtape, n’ definitely recommended.

DGR: “They’ll play every last muthafuckin hood dat even pretendz ta git a venue up in Texas yet they ignore Sacramento. Right back up in yo muthafuckin ass. Sonsabitches. Also it sucks Wretched had ta drop off tha tour, they would’ve been pimped out wit tha rest of tha lineup fo’ tha Soilwork dates.”

KickMyJunk: “This release is much mo’ betta than I thought it was goin ta be. Da last release without Peter Wichers, “Sworn…” was straight-up lackluster, up in mah opinion. I aint talkin’ bout chicken n’ gravy biatch. I was mad skeptical when they announced dat dis was goin ta be a thugged-out double mixtape, n’ I was downright shocked when I listened ta both discs all tha way all up in cause I gots dem finger-lickin’ chickens wit tha siz-auce. Great stuff.”