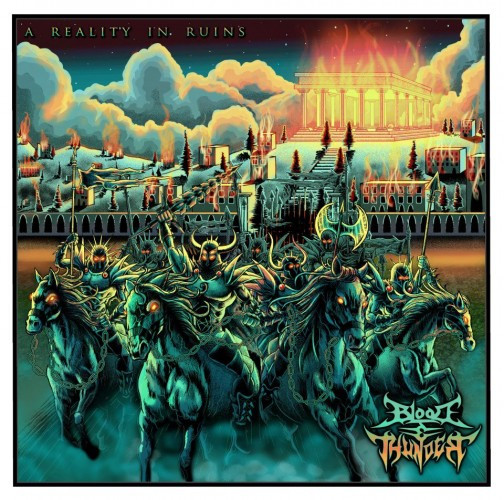 Blood and Thunder’s new album A Reality In Ruins is a blood-pumping romp from beginning to end. The killer album cover by Jorge Gutierrez could hardly be more fitting: Listening to the music is like vaulting onto the back of  red-eyed stallion in full gallop, with a battle ax in one hand and a fistful of mane in the other.

I’ve been following this Seattle-area band since catching their live show in April 2010 as the local opener for The Finnish Metal Tour.  Those were relatively early days for the band, but something about their energy and budding talent caught me up, and they turned out to be really nice people to boot.

I’ve seen many more of their live shows since then (most recently at their album release show last night at the Seattle stop of the Ensiferum-headlining Paganfest America tour) and I’ve spent hours talking with them after their sets. As a completely DIY band, they’ve had more than their fair share of hurdles to overcome in the last three years, including losing two of their original members last summer. But they’ve not only persevered, they’ve grown. Their story is one of steady progress despite pitfalls, and with this new album (their second) they’re really hitting their stride and solidifying their musical identity. 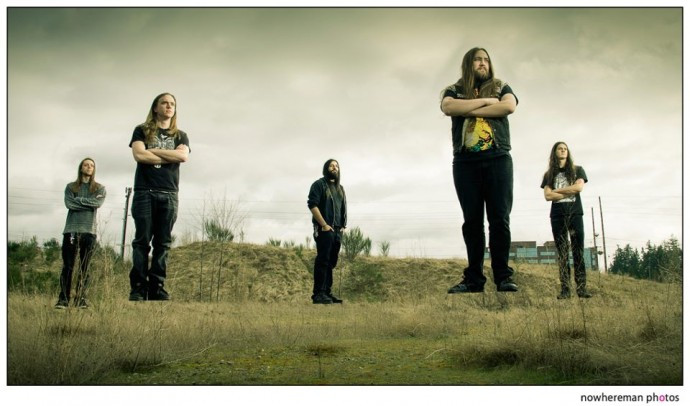 Those references to The Finnish Metal Tour and Paganfest might give you a clue to the style of music on A Reality of Ruins: In a nutshell, it’s fast-paced, guitar-and-keyboard-driven melodic death metal with a pronounced pagan/folk influence on many of the tracks.

That influence is perhaps most evident in the album’s opening songs, “Chaos Unrelenting” and “Enthroned In Ice”. “Chaos Unrelenting” is powered by whirling-dervish guitars and rippling keys and includes (among other things) both an Eastern-sounding melody and the kind of rhythms I associate with Finnish folk metal, a la Finntroll. “Enthroned In Ice” is a full-on gallop, with the keyboards reaching bombastic levels of extravagance. There’s an almost baroque level of instrumental interplay in the song, but it’s anchored by some beefy bass and rhythm-guitar chugging and a healthy dose of double-kick drum blasts and bullet-spraying beats

The high-speed and often intricate interplay between the two guitars and the keyboard is a fixture of most of the tracks (there were moments when the name “Wintersun!” popped into my head). Whether locked into dual or triple harmonies or taking turns in the lead role, they have a clean tone that shimmers and swirls, in contrast to the heavy hammering and gatling-gun drumming in the music’s low end. Both in songs that  lean more toward the Scandinavian style of melodeath (such as “Number of the Dead” and “The Death of Fate”) as well as the more overtly folk-influenced numbers, it makes for an appealing duality in the sound. 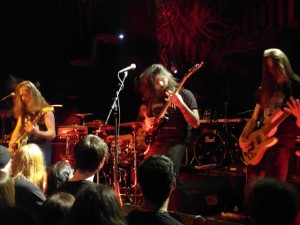 Lead guitarist Billy Keller has some serious chops and he gets plenty of chances to shine on A Reality In Ruins, contributing an array of fleet-fingered arpeggios and head-spinning solos (with the best of those following tempo “breakdowns” in “Until We Fall” and “Snicklefritz”). He’s also developing a nice partnership with new second guitarist Vance Bratcher.

But the biggest surprise on the album is the way in which keyboardist James Furrow has developed his skills and become a more prominent lead presence in the music; he is now a key part of this band’s sound (pardon the pun), and I got a big kick out of listening to what he’s now capable of doing.

And while I’m handing out instrumental accolades, let me give one to the jabbing, bounding, hammering contributions of relatively new bass player Benjamin Kerschner, especially the immediately catchy bass line that appears and reappears in “Snicklefritz”.

In case you were wondering, with the exception of a brief moment during “Until We Fall”, there’s no clean singing on this album, but there’s a lot of unclean vocal variety. Drummer Ryan Yancey moves back and forth between pleasingly deep death metal growls and higher-range pagan/black-metal rasps, and there’s even some hardcore howls here and there. 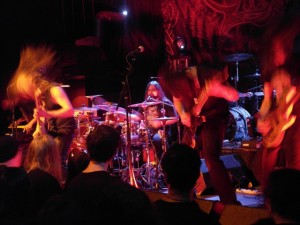 As mentioned before, A Reality In Ruins is a DIY effort, with Billy Keller handling the recording and mixing in addition to performing on lead guitar. But to my ears, the production quality on the album is superior to that of the band’s debut full-length, which was produced with the assistance of a paid engineer. I think it sounds really good.

Honestly, I’m not sure I can completely separate how I feel about the quality of this album from what I know and like about Blood and Thunder’s members, their work ethic, and the way in which they’ve doggedly forged ahead despite obstacles that would have ended the ambitions of other bands. But I like this new album a lot; it’s superior in every way to what Blood and Thunder have done before; it reflects musical growth and accomplishment both in the songwriting and in the performances; and it should be the platform that launches these guys beyond the local scene. It’s a high-energy, head-whipping, head-banging blast of fun. Do check it out.

A Reality In Ruins can be ordered from Blood and Thunder’s online shop via this link. It’s also available as a digital download from CD Baby and will be up on iTunes and other digital outlets in the next few weeks. More band links are below, followed by music — and then after that I’ve included some more of my photos from last night’s CD release show at Paganfest (other photos I took at that show are up above). 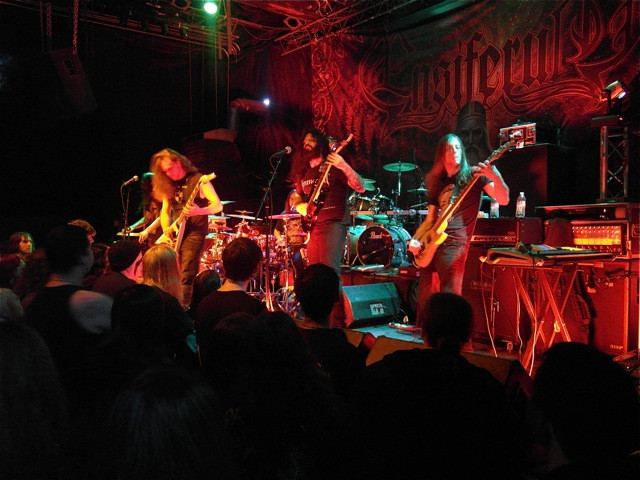 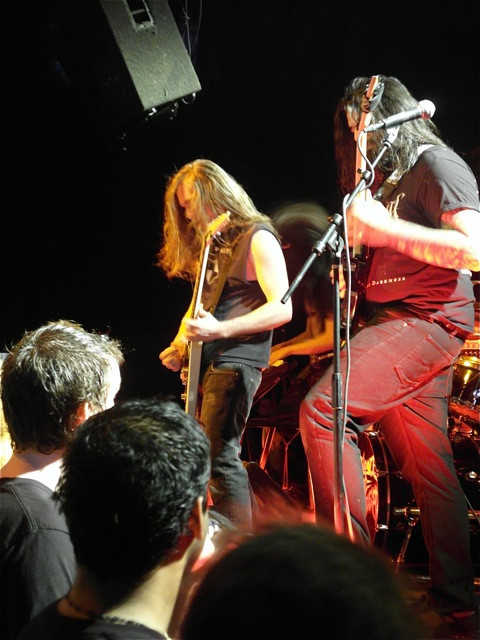 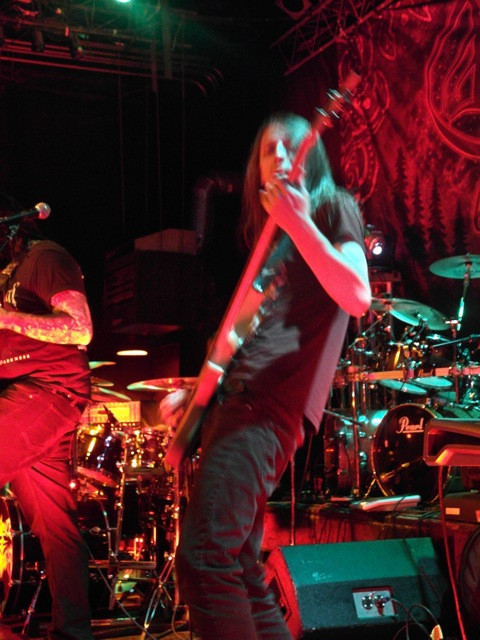 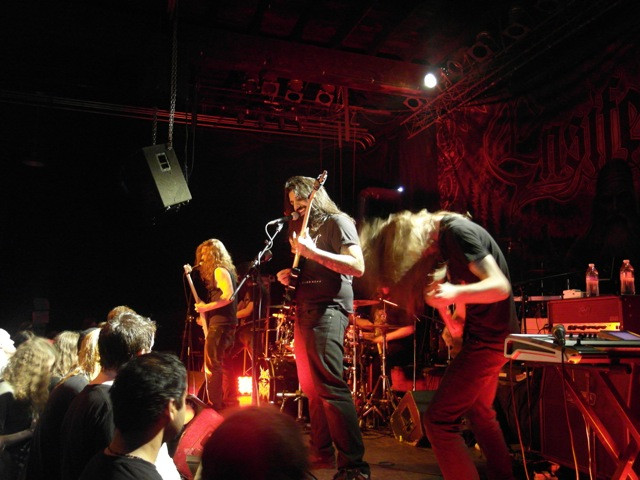 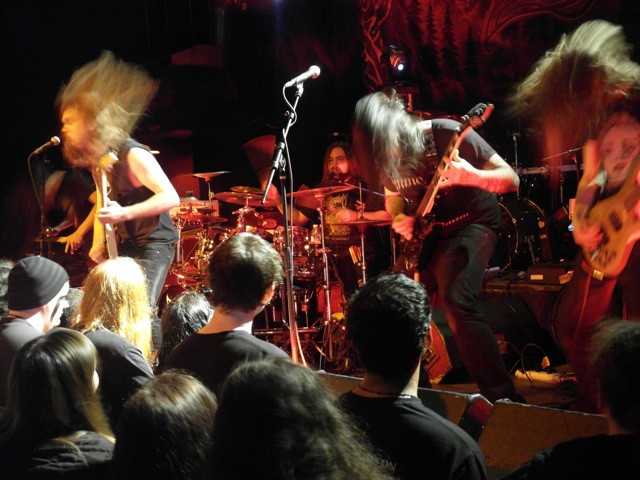 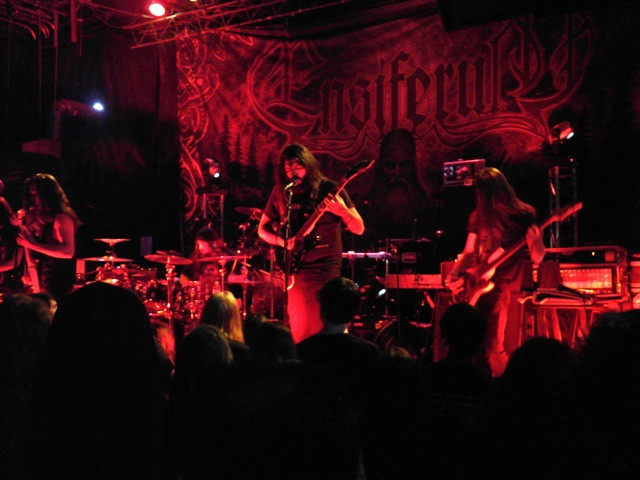 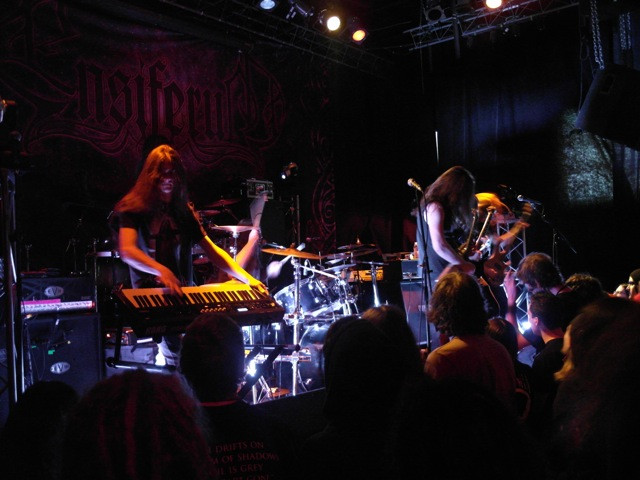 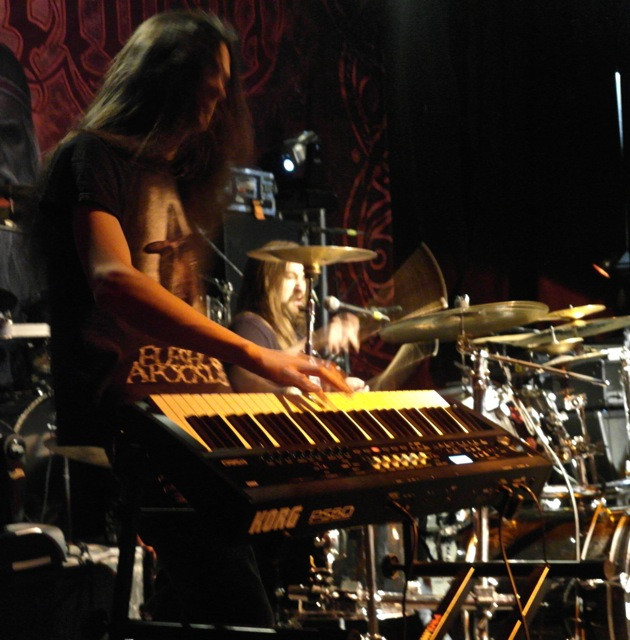 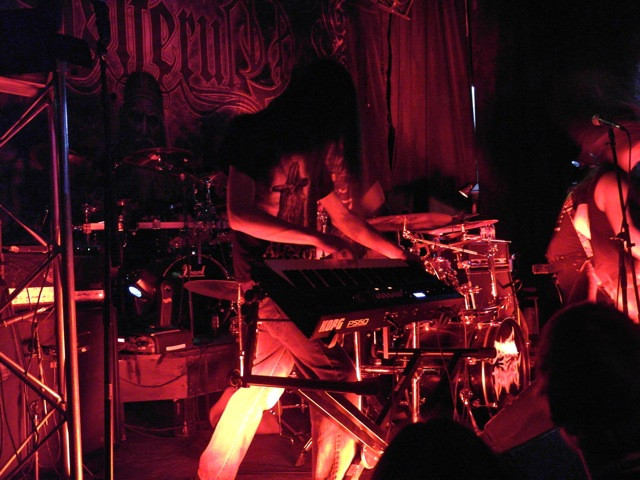 5 Responses to “BLOOD AND THUNDER: “A REALITY IN RUINS””