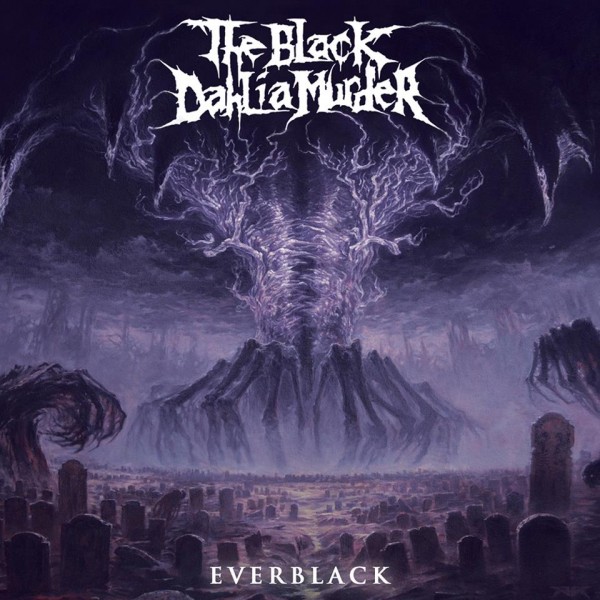 We’re way past the end of our typical posting day, but this news can’t wait: The Black Dahlia Murder and Metal Blade have revealed the album cover and release date for the band’s new album Everblack and have given all of us the first new song from the album for streaming: “Into the Everblack”.

The album will be released on June 11 and has now become available for pre-order here. The cover art, which is just fuckin’ delicious, is by none other than New Zealand’s Nick Keller. If you hang around this site with any regularity, you’ll know who he is because we’ve repeatedly raved about his work for NZ’s Beastwars, among other accomplishments.

Other luminaries were involved in the album’s creation — mixing by Jason Suecof (with Ryan Williams) and mastering by Alan Douches — and the album will include for the first time a song (“In Hell Is Where She Waits For Me”) that’s actually about the famous, unsolved 1947 “Black Dahlia murder” of Elizabeth Short from which the band took its name.

And that brings me to the just-released new song . . .

“Into the Everblack” reflects some changes in the BDM sound, as I hear it. It has an absolutely massive bass tone in the bottom end; a series of brutal, jack-hammering main riffs; and an overall darker atmosphere — an extension perhaps of an evolution that began with Ritual. The song also includes a very cool off-tempo part and, as one might expect, an outstanding guitar solo and a ghastly high-low vocal performance from Trevor Strnad.

In a nutshell, this is a hell of a song that’s moving in a direction I like a lot. As far as I’m concerned, this is an album that can’t arrive too soon. Here’s the new song, and below that is a track listing.