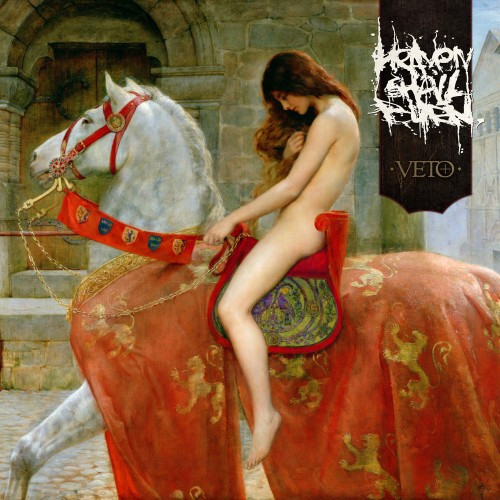 (In this post Andy Synn reviews the new album by Heaven Shall Burn, which will be released on April 30 in North America by Century Media.)

Heaven Shall Burn are what you get when you force Earth Crisis and Bolt Thrower to conceive a child, and then have that child raised by At The Gates and Carcass, while supplementing their intellectual development with a steady diet of Kant, Marx, and Baudrillard.

Their distinctive mix of death metal brutality, singular hardcore focus, and knack for captivating melody makes the band, to my mind at least, one of the most quintessentially “METAL” of all metal bands, with a foot (or a toe) in almost every sub-genre – yet retaining a sound that is both entirely their own and instantly recognisable.

Devastatingly metallic and furiously hardcore, without falling prey to stumbling cliché (no bone-headed breakdowns or tacked-on clean choruses here, thank you very much), their early work helped define what would become the European “MetalCore” (capitals very much intended) movement while simultaneously stepping beyond it. These days “Melodic Death Metal” or “Melodeath” are the most common terms attributed to the band, but above and beyond that they’re simply Heaven Shall Burn – with a well-defined and singular style all their own. 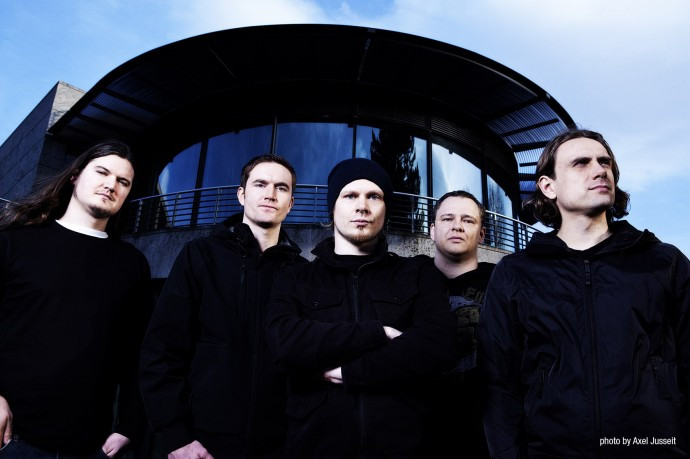 With a sound that’s been so steady and consistent for so long, steeped in layers of carefully crafted and cultivated identity, you’d be forgiven for expecting simply more of the same from this five-piece German wrecking machine – particularly if your main point of reference to the band was the thematically intertwined Iconoclast trilogy of releases. However, the fact that the band are now in a post-Iconoclast phase is very clear, and actually works in the album’s favour, making the whole record seem roomier and more stylistically varied, without ever straying too far from the band’s well-established core sound. It’s an interesting, and in fact rather clever, little balancing act.

Freed from the restrictions of theme and form, Veto is certainly a more relaxed album, though no less intense for it (despite how contradictory that statement may seem). It just seems a little more organic and a little more natural… the band seem more comfortable just kicking out a hellish racket and expressing themselves through a series of songs less strictly tied together, which take in elements both old and new.

The band have never sounded more vital or alive than they do on fantastic opener “Godiva”, which builds from an opening of sublime melancholy into a veritable firestorm of scorching vocals and powerhouse riffs, revealing  a band as energetic, as pissed-off, and as driven, as ever.

Certain facets of the album shift into a more hardcore gear than we’ve seen from the band since Whatever It May Take (particularly “Die Stürme Rufen Dich” – which also features guest vocals from Rob Franssen and Dominik Stammen of Born From Pain) while others have a more classic, epic metal vibe that’s part shameless bombast, part death metal brutality.

In fact, the classic metal bloodlines, Judas Priest by way of Slayer by way of At The Gates, which underpin the band have never been more apparent – see the neck-snapping death-thrash of “Antagonized” (complete with Painkiller-esque chorus riffage) or the strident, epic vibes of the titanic “Like Gods Among Mortals” for evidence of this.

The band even raise the death metal flag with pride on the raw, venomous, “You Will Be Godless”, which certainly ups the ante in terms of extremity and sheer aggression and is one of the absolute stand-out tracks on an album full of stellar material. 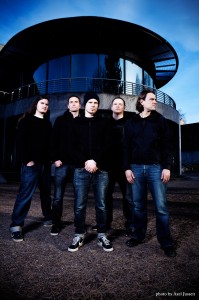 More familiar Heaven Shall Burn moments, such as the tightly-welded tremolo runs of “Fallen” or the down-picked, hammering riffage of “Land Of The Upright Ones” err closer to the band’s more recent material, but still showcase an improved technical mastery from the group, with sharper, more incisive guitar work and scything leads cutting through the pummelling drum-work.

There are fewer less, or perhaps more subdued, electronic embellishments this time around, with the various keys and effects that the band have so often worked into their sound used far more to accent existing guitar work or melodies, only really coming to the fore during the shimmering melodic attack of “Hunters Will Be Hunted” and the pulsating stomp of “53 Nations”.

The album also contains two real surprises, in the form of “Valhalla” and “Beyond Redemption”.

“Valhalla” continues Heaven Shall Burn’s tradition of producing awesome cover songs (“Black Tears” and “Whatever That Hurts” being the absolute stand-outs for me), but this time takes things a step further, as not only are the band covering a Blind Guardian classic, they’ve also roped in Blind Guardian vocalist Hansi Kürsch to duet on the track as well. Utterly ferocious and absurdly irresistible, it’s absolutely one of the best covers they’ve ever pulled off, managing to sound like Heaven Shall Burn gone power metal without simply rehashing the original, while the interplay between Kürsch’s exhilarating tones and Marcus Bischoff’s glass-chewing snarl is a near-perfect meeting of styles.

“Beyond Redemption”, by way of contrast, is a moodier, more emotional piece of melancholic instrumentation, a slow-burner of a song that takes its time building a beautiful, sorrowful atmosphere, before climaxing in a massive conflagration of enraptured screams and mournful melodies, ending the album on a fantastic, captivating note.

Veto could well take pride of place as THE archetypal Heaven Shall Burn record, practically overflowing with passion and vigour. Everything from the ravenous vocals, to the storming drums, to the seemingly endless array of ballistically charged riffs, reflects the untouchable drive and integrity of the band.

With its pin-point production and razor-sharp technical skills, it feels like a renewal, a rebirth, and the start of a new era, despite the fact that the group never went away or faltered in the slightest – that’s how strong a record it is.

Veto captures the vibe and the identity of the band perfectly, while remaining fluid and creative enough to allow them to vary their style and approach between the different songs, always confident that the core flame of Heaven Shall Burn will remain undimmed and untouched by time or by trend.