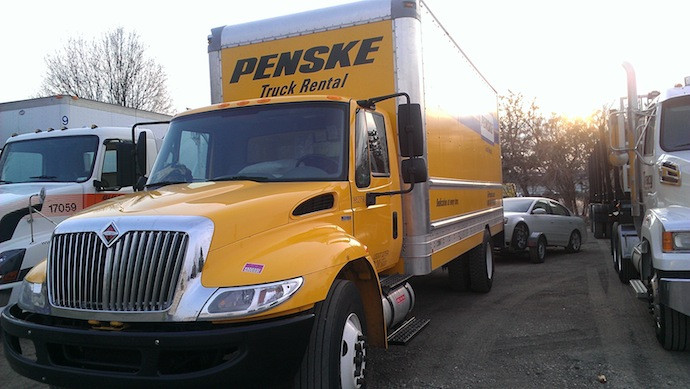 (Occasional NCS contributor Mike Yost has kindly allowed us to re-publish this recent piece he wrote about the importance of metal on long road trips.)

Yes, this was (dare I say) an epic trip.  And an expedition of this magnitude required tunes.  Lots of tunes.   Lots of metal.  With almost 30 hours of drive time, silence for that long would have driven me into a bridge.   Or rather, I would have driven willfully into a bridge, laughing manically while beating my head against the steering wheel.

Combine the claustrophobia of a truck cab, the inability to sleep while occupying such a contraption, the stomach aches from eating shitty gas-station sandwiches made with meat shaved from the hind-end of a decaying maggot-infested human carcass laying out back, the traffic jams in the middle of fucking nowhere due to construction, the congested cities you must fight your way through, and just the general mind-numbing tedium of miles and miles of road rolling out in front of you—endless and without mercy or conscience—then you understand the function and importance of metal to sooth nerves and subdue the urge to suddenly veer into oncoming traffic. 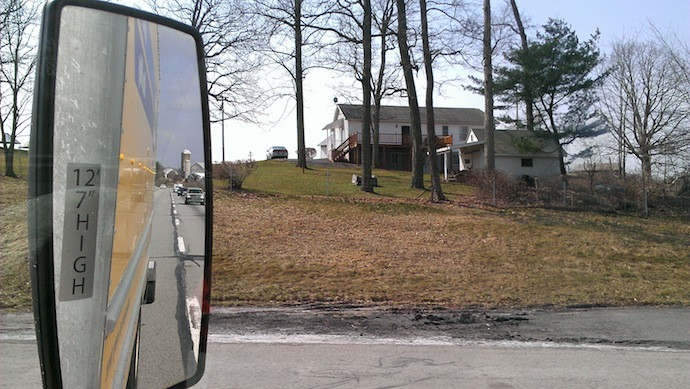 I put myself in charge of what music to bring.  Since my sister-in-law was in the cab with me, I brought a plethora of various bands.  Everything from The Who to The Cure to Stevie Nicks to Thy Catafalque to Smashing Pumpkins to mind.in.a.box to random techno music.

But the genre that brought me the most comfort was metal.  Nothing is more comforting on miles and miles (and miles) of pothole-littered, monotonous highway than the swelling growls, guitars, and drums bellowing out of those crappy stock speakers. 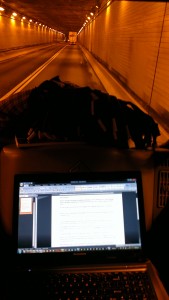 I did all the night driving, with Thy Catafalque’s Rengeteg stabbing at my ears and keeping me awake (along with more than a few energy drinks).  Particularly the fourteen minute song “Vashegyek” with that pulverizing and relentless double-bass drum on the second-half.  “Holdkomp” is a perfect road song if I ever heard one, the repetitive drum beat of which the Penske truck seemed to bounce along to.

At one point around 3 am, I turned Thy Catafalque up a little too much and my sister-in-law woke up (this is somewhere in Kansas—a.k.a. the great void of the earth).  I apologized, asking if the music was bothering her.  “Not at all,” she replied with a slight laugh.  “Whatever you need to keep going.”  (Yeah, my sister-in-law fucking rocks.)

When I wasn’t driving, I would throw on my headphones.  I found Omnium Gatherum’s New World Shadows—particularly the song “New World Shadows”—to be a particular treat as background music on I-70 in Pennsylvania, the black hills rolling up and down in the distance.

Ne Obliviscaris’ Portal of I soothed me to partial sleep as the truck slammed violently over the cracks in the interstate, the violin, vocals and rhythmic guitars serenading me into a quasi-dream world free of potholes and the smell of diesel fuel.  The haunting ending to “Of Petrichor Weaves Black Noise” matched perfectly with that intense introspective feeling you get when traveling for hours on the interstate, left alone with your thoughts.

The trip ended without incident, and I attribute our mutual sanity to the power of music.  So I end with the following:  What are some of the bands/albums you listen to when stuck in a vehicle for hours at a time?

47 Responses to “A LENGTHY EXCURSION”