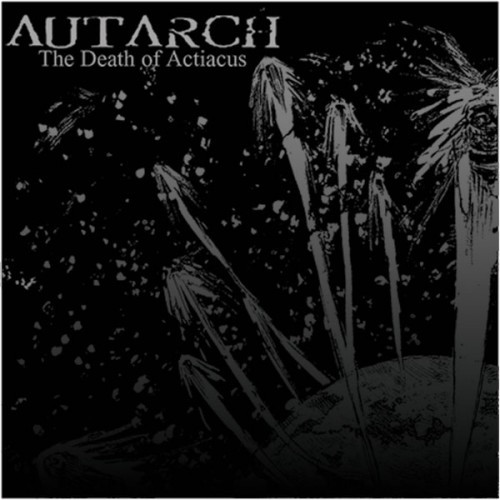 When I reviewed Autarch’s self-titled debut EP last August, I wrote that it was “plenty good as it stands, but it may be even more significant for the promises it holds of even more interesting music to come.” The time has arrived to find out whether the band have made good on those promises, because they’ve just released their first album, The Death of Actiacus.

What interested me about Autarch’s EP was the largely successful way in which they combined the grit and aggressiveness of crust-punk with the atmospheric, guitar-driven melodies of post-rock. It’s a combination that’s still at the core of their sound on the new album, but the songs are even better written and better performed, and they’ve pushed the potential of the juxtaposition even further. The result is a memorable and compelling experience.

With songs of above average length, Autarch have given themselves room to expand and to explore the dynamic contrasts in the styles to which they’ve dedicated themselves. Take the third song, “Comarre”, as an example. It begins with head-gripping guitar-picking, an infectious beat, and a shimmering melody that gets you nodding in an ethereal flow. The music builds in volume and intensity — and then the guitars really bite down and sink their teeth into your neck, the pace eventually accelerating and the rhythms transitioning into a punk stomp, the guitars kicking up both dirt and light as the vocalist lets go in a hoarse bark.

A slow-down follows, with the music dragging the listener bodily through a gravel pit to the accompaniment of a beefy bass solo, and then the speed and volume build again, ramping up into a head-hammering dual-guitar groove.

“Exodus” may be an even more seamless integration of heavy, muscular guitar chords and engrossing melody. The song is both skull-hammering and soaring. In both the end of that song and the beginning of the next one (“What Rough Beast”), rippling, tremolo-picked strings shine against a heavy, grinding undercarriage. “What Rough Beast” eventually transitions from a rollicking, rolling punk blast into something completely different — something atmospheric, soft, melancholy, with the guitars eventually spreading out into a post-rock aurora of melody, pierced by streamers of intense fire at the finish.

And so it goes . . . harsh, corrosive vocals married to contemplative guitar notes, primal heavy-booted rhythms in partnership with the ring of chiming chords, grinding bass-lines coupled with dual-guitar harmonies that spiral off into darkening clouds, music that’s both bruising and mesmerizing, a kick in the teeth paired with moments that may cause you to close your eyes and let go with the flow.

I’m sure there will be fans out there for which this album ain’t punk enough, and others for which it’s too jarring (particularly in the vocal department). But I like what Autarch have done on this album — and I’m still interested in seeing what they will do next.

The Death of Actiacus is available on Bandcamp now, and should be available eventually on both tape and vinyl via Headfirst! Records. Stream it below. (And by the way, “Actiacus” appears to be the surname of the Greek god Apollo.)

4 Responses to “AUTARCH: “THE DEATH OF ACTIACUS””